A brand new redesigned tube map has been revealed by Transport for London (TfL), featuring the new Elizabeth Line.

The map of London’s underground network looks busier than ever, with the Elizabeth Line - part of the Crossrail project - sketched out in purple.

The Elizabeth Line launched this morning, some 41 months later than originally planned.

Some were surprised to see the purple line on the famous underground map, as the Elizabeth line starts and finishes overground, only going underground for the part of the line running through central London.

A statement from TfL said: “Services on the Elizabeth line’s new central section will run from Paddington to Abbey Wood through the tunnels beneath London constructed by Crossrail.

“This ground-breaking new route now appears on the iconic tube map as a double purple line rather than a solid line to differentiate the Elizabeth line as a new railway as opposed to a London Underground line.”

From today, the line will initially see 12 trains per hour between Paddington and Abbey Wood, Monday to Saturday, and will be closed on Sundays.

When the line is complete - scheduled for May 2023 - it will run from Reading all the way to Shenfield, Essex, west to east - as well as having a branch from Hayes and Harlington to Heathrow Airport’s terminals, and the branch from Whitechapel to Abbey Wood, via Canary Wharf.

The line will not run on Sundays until some time in autumn 2022, and one of the key central stations – Bond Street – will not be accessible from the Elizabeth Line until later in the year.

Earlier this month, the Queen made a surprise appearance at Paddington Station to see the completed line named in her honour.

The 96-year-old monarch had first unveiled the purple roundel that appears at Elizabeth Line stations in February 2016.

The map also shows the newly reopened Bank branch of the Northern Line, which relaunched following four months of upgrades on 15 May.

The tube map as we know it was first designed by London Underground electrical draughtsman Harry Beck in 1931. Underground Electric Railways Company of London (UERL) bought the design from him for just £10.

Julie Dixon, TfL’s interim customer and revenue director, said: “Our world-renowned map now has another iconic addition in the Elizabeth line, which will serve London and the south east for hundreds of years to come. When we open on Tuesday 24 May, the new Elizabeth line will begin providing greater connectivity and step-free access from Reading and Heathrow to Shenfield and Abbey Wood through the centre of London.

“This latest tube map is a real credit to the team who have put it together. It has been both a challenge and a privilege to update Harry Beck’s original design to literally put a new piece of transport history on the map. This latest version takes into account a number of wider changes to the transport network, but will ensure Londoners and visitors alike are able to navigate around our transport network with ease.”

Matt from London pointed out the line-change options at Liverpool Street, saying: “As expected, it has some seriously crazy interchanges. I know what’s going on here, because I’m a London geek... but imagine trying to understand Liverpool Street if you were new in town.”

Some user of the network felt that, with the addition of the Overground line, Thameslink and now the Elizabeth Line (Crossrail), the map is getting too crowded to be user friendly.

“Controversial opinion (?) but the Tube Map is too damn crowded now. Instead of adding new things they should strip it back to *only* show the Underground,” tweeted David Frankal. 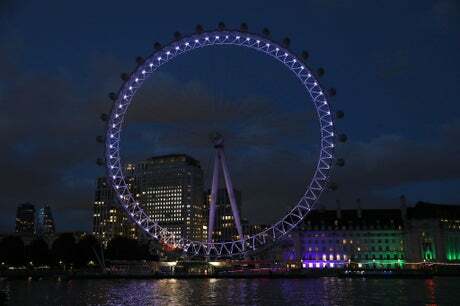 Elizabeth line: 30 London landmarks to turn purple for Crossrail opening
First train due to leave Abbey Wood at 6.30am, followed by Paddington at 6.33am

Evening Standard
One subscription that gives you access to news from hundreds of sites
When is Crossrail opening and what stops are on the Elizabeth Line?

The Independent UK
Elizabeth underground line: route map, staions, when it opens and everything you need to know