Eli Avidar: The renegade's path from protester to intelligence minister 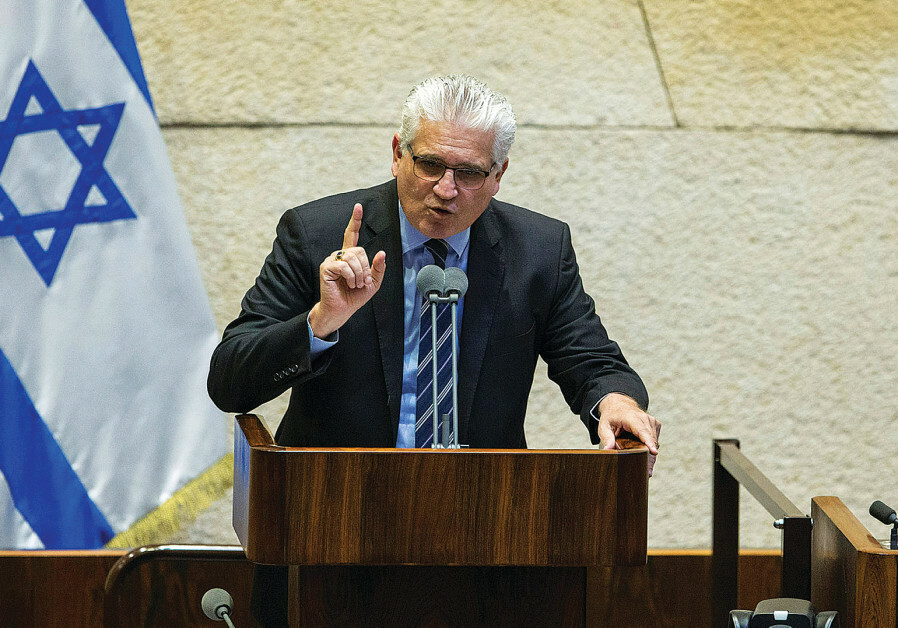 Strategic Planning Minister in the Prime Minister’s Office Eli Avidar has never ceased to surprise since entering politics two and a half years ago.

First, the independently-minded Avidar joined Yisrael Beytenu, whose leader, Avigdor Liberman, is not known for tolerating dissent. Then he became one of the leaders of the protest movement against prime minister Benjamin Netanyahu, despite it being dominated by those with views far to the Left of his own.

When the government was formed, he rejected Liberman’s offer to serve as a second minister in his Finance Ministry, because it lacked substance. Finally, after weeks as a renegade MK, he joined the government in his current role, amid promises that he will receive Elazar Stern’s Intelligence Services Ministry if the latter is chosen as chairman of the Jewish Agency next month.

Born in Egypt in 1964, Avidar moved with his family to Israel immediately after the 1967 Six Day War. He served in a secret intelligence unit, joined the Foreign Ministry in 1992 and served for 15 years in Philadelphia, Hong Kong, Qatar and as a diplomatic adviser to Ariel Sharon when the latter was foreign minister. After that, in the private sector, he served as director-general of the Israel Diamond Institute and diamond bourse.

In an interview in his modest Knesset office that he kept after refusing a full ministerial office and staff, Avidar explains his steps and looks ahead to his own future and that of the country. He said he sought an interview with The Jerusalem Post to reach out to Diaspora Jewry.

“I think the Jewish world did not understand the protests against Netanyahu,” he said. “The Jewish world got used to Netanyahu being prime minister. He lost his restraints and took advantage of his experience and his political power in order to take steps that were dangerous to democracy. I found myself week after week seeing how the foundations of our democratic regime had been trampled, and I understood the weakness of Israeli democracy and how much it is in danger.”

Avidar said that because Israel lacks a constitution, there is no document that remains above politics and obligates all government officials. By contrast, he recalled that after Donald Trump lost the American election, and there were rumors that he wanted to embark on a major military operation, Chairman of the Joint Chiefs of Staff Mark Milley, refused and delivered an address at the US Army Museum about his loyalty being reserved for the constitution.

“Unfortunately, I did not see a single government official who stood up to Netanyahu’s behavior or defied him anywhere near to what the American general did,” he said. “Democracy is not merely participating in elections every four years. Democracy, unlike dictatorship, is when citizens remain involved and help bring about a change in power.”

Avidar said the new government does not operate to ensure its leader’s legal and political survival as he believes it did under Netanyahu, and therefore it is on the right path. That was why he wanted to join it, but not in a role that did not offer him the ability to affect change.

Rejecting Liberman’s offers and not talking to him for weeks as an independent, renegade MK resulted in a divorce with Yisrael Beytenu, but Alternate Prime Minister Yair Lapid later invited him to enter the government to ensure the narrow 61-MK coalition’s stability. Avidar’s political future beyond the current government remains up in the air.

“My relationship with Liberman went through a crisis but it’s fine now,” he said. “We had our disagreements but have a lot of respect for Liberman, and I appreciate that he brought me into politics. As for the future, it is too soon to plan. I will do everything to ensure that this government will last its entire four-and-a-half-year term, which is too long to plan ahead, even for the minister of strategic planning.”

Avidar praised the coalition’s diversity as a historic breakthrough, with eight parties across the spectrum and a non-Zionist Arab party. He said he believes Prime Minister Naftali Bennett is doing terrific work and exceeding even optimistic expectations.

A veteran former Foreign Ministry diplomat, he contrasted what he called an excellent meeting with US President Joe Biden for Bennett with the first meeting of then-US president Barack Obama with Netanyahu, which he called a catastrophe.

“Netanyahu thought that he was on his way to meet a young inexperienced president, so he arrogantly gave him a history lesson before the cameras,” Avidar recalled. “Netanyahu has his impressive accent in English and presentation is important but content is more important. Bennett did not make his mistakes. He had a friendly meeting in one of the most stressful times for Biden. Bennett’s visit came amid a difficult situation, and he overcame it with great success.”

In the ministry Avidar accepted in August, he is writing five strategic plans for the national goals of weakening Hamas, fighting crime in the Arab sector, increasing the periphery’s population, guaranteeing food security and preparing to absorb a million immigrants from the Western world over the next decade. He rejected criticism that he himself became corrupt by accepting an unnecessary post in the government that his own demonstrations would have shunned.

“The protester Avidar would think strategic planning is important,” he said. “Every country needs to look 30 years ahead. In Israel, we just look at the next day, the next budget. To absorb a million people, you have to plan.”

Avidar warned that Israel is losing non-affiliated Jews in the US whom he believes can be wooed to come here.

“There are more than half a million Jews who are not members of a synagogue, whose children do not attend Sunday school, who are not members of a JCC and do not subscribe to a local Jewish newspaper,” he said. “Many came from the former Soviet Union at the beginning of the 1990s and were never absorbed in the Jewish community. I believe we need to reach out to them and entice them to move to Israel. Their young generation will have trouble paying for academic studies, even though they are fit for them. We need to put Israel on their radar.”

The need to invest more in absorbing Western immigrants to help alleviate Israel’s shortage in hi-tech workers is only one of the reasons Avidar wants there to be a strong chairman of the Jewish Agency.

He said he is confident Stern will be chosen by the 10-member Jewish Agency chairmanship selection committee headed by World Zionist Organization chairman Yaakov Hagoel (World Likud), who was raised together with Avidar under the ideology of Zionist leader Ze’ev Jabotinsky. Avidar said Hagoel proved his values when he challenged Netanyahu during WZO coalition talks, and he believes he will prove them again by enabling Stern’s election despite him having the support of the government and Hagoel hailing as a veteran Likudnik.

“The government’s desire to have Stern chosen as chairman of the Jewish Agency happened before I was in line to replace him,” Avidar said. “But it is important to me to speak about him. Stern carries with him professionalism and ideas that would make him a successful chairman of the Jewish Agency. He was a general in the IDF in one of the most sensitive times, and he did not refrain from expressing his opinion, even when it was not popular. He can handle the huge challenges that stand before the Jewish people.”