That was the message from the nation’s first Electric Vehicle Summit in Canberra on Friday.

With speakers ranging from Robyn Denholm, the chair of Tesla, to Mike Cannon-Brookes, the co-founder of Atlassian and Paul Sansom, the chief executive of Volkswagon Australia, the summit had a lot of ground to cover and a big void to fill.

Here are four things we learned:

There is hope for EVs in Australia

The climate and energy minister, Chris Bowen, announced plans for a discussion paper next month to develop an EV strategy and explore “options for the introduction of fuel efficiency standards”.

He said the consultation would usher in “a time of hope, that after a decade of denial and delay, after an era of demonisation of innovations like zero-emissions cars, after years of frustration, we now have a chance to give Australians access to the world’s best transport technology”.

At 2% of national passenger car sales, Australia lags behind most other developed countries on EV sales, with New Zealand already up to 10%, that country’s transport minister told the summit.

But all is not lost. With the right policy settings, Sweden increased its proportion of EV sales from 18% to 62% in just two years, Bowen said.

Not everyone is happy with the pace

The prospect of more consultation – that may be open for about five weeks for submissions – did not enthuse the otherwise supportive audience.

The chief executive of Volkswagen Group Australia, Paul Sansom, said most of what the government needs to know is already under way because state governments have taken the lead. And there’s the experience from other countries that can be an advantage for a late-mover like Australia.

Sansom said priorities are fairly clear, such as the need to harmonise policies between the states and territories; whether it is coordinating the rollout of fast-charging sites for EVs, or the way the vehicles are taxed for road use. An educational campaign explaining the benefits of EVs wouldn’t go amiss either, Sansom said.

The independent federal MP for Goldstein, Zoe Daniel, said there’s no particular cause for pause and she would hope Bowen can settle on new EV policies before the end of 2022.

Certainty for industry is needed, as is rolling back red tape. High petrol costs had elevated conversations everywhere about EVs, fostering a groundswell of support for accelerated EV policy. “It’s in my community already,” Daniel said.

“Understandably this government is quite risk averse because of the various culture wars we’ve been stuck in for many years.”

Climate and EVs are among those battles, of course.

“Things can change very quickly in politics,” Daniel said. “They’ve come on this climate wave, [and] the community’s largely behind it. Spend the political capital, get it done.”

The price is almost right

Sansom said the price gap was narrowing fast and incentives in the range of $5,000 to $10,000 would be sufficient to create a tipping point. He said these didn’t need to be in the form of cash but could include EV use of bus lanes or designated parking spaces, which could be phased out as demand increased.

There’s already strong consumer interest, with half of prospective customers entering VW’s 180 showrooms around the country now enquiring about EVs, according to Sansom.

“In five or 10 years’ time, no one will want to buy an internal combustion car – why would you?” the independent MP for Kooyong, Monique Ryan, said. But “it has to be something that brings along the people in Australia,” she said, hence the need to provide support for a wide take-up.

The chief executive of fast charger manufacturer Tritium, Jane Hunter, said the opportunities were great but they weren’t necessarily going to land in Australia.

The company draws the bulk of its revenue from outside the country, and has opened a plant making 30,000 chargers in the US state of Tennessee, which is six times the capacity of its Brisbane plant.

US president Joe Biden’s Inflation Reduction Act, which was largely climate focused, had made America “incredibly attractive to business to build onshore”, and it will draw in other related industries such as car and battery makers. “Australia has got to take some big steps in legislation” to draw and keep those industries in the country, Hunter said.

EVs are not the only answer

Discussions at the summit went beyond EVs, with several participants describing how vehicles – whether electric or internal combustion – contained large amounts of embodied energy – the total energy that goes into making a product. If EV’s drew on fossil fuel power from brown coal or other big polluting fuel they could actually be adding to emissions.

Gabrielle Kuiper, a policy adviser with the Smart Energy Council – one of the event organisers – said electrifying half of the vehicle fleet should be the goal. She said the other half should be replaced where possible with walking, cycling and public transport. While electric bikes or three-wheelers could replace much of the car demand. 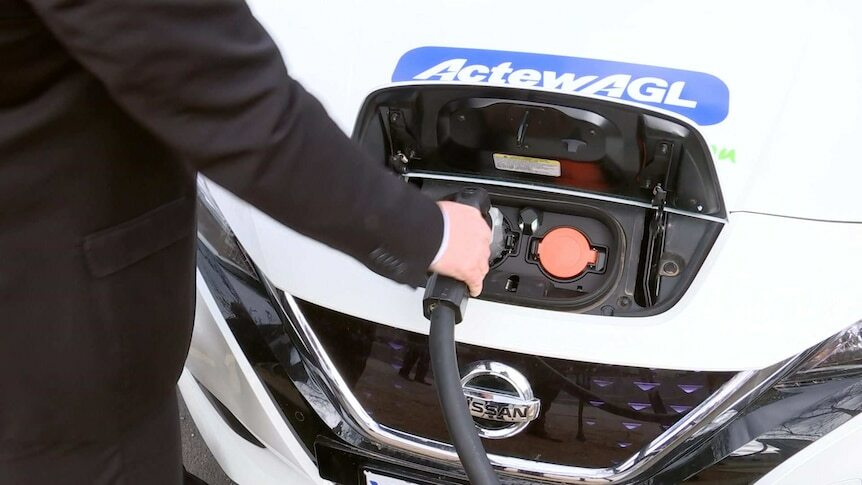 ABC News
From analysis to the latest developments in health, read the most diverse news in one place.
Bank Australia to ditch fossil fuel car loans in push for EV future

InnovationAus
One place to find news on any topic, from hundreds of sites.
Russian embassy spokesperson suggests Australian government unwilling to support espionage-proof building – as it happened