Rangers suffered penalty shootout heartache in Seville as Eintracht Frankfurt came from behind to win the Europa League.

Joe Aribo put the Rangers fans in dreamland when he slotted home following a slip in the German side’s defence in the 57th minute.

Gers finished extra-time strongly and Ryan Kent was somehow denied by Kevin Trapp at close range, before Steven Davis had a shot cleared off the line and James Tavernier had a free-kick saved in stoppage-time of the 1-1 draw.

There were six perfect penalties to start the shootout, as Aaron Ramsey, a 117th-minute substitute, then stepped up. He saw his spot-kick saved by the feet of Trapp and after each side then scored another, Borre netted to seal a 5-4 shootout win and send the Frankfurt end delirious. 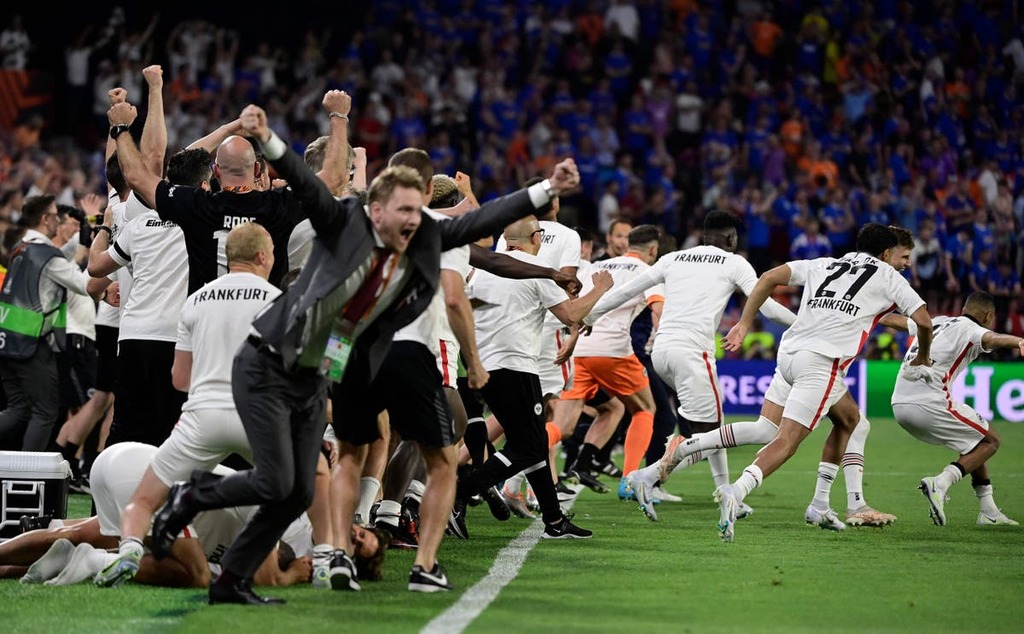 The Independent UK
One subscription that gives you access to news from hundreds of sites
Eintracht Frankfurt vs Rangers live stream: How to watch Europa League final online and on TV

Everything you need to know ahead of the Europa League final

The Independent UK
Rangers vs Eintracht Frankfurt live stream: How to watch Europa League final online and on TV

Everything you need to know ahead of the Europa League final