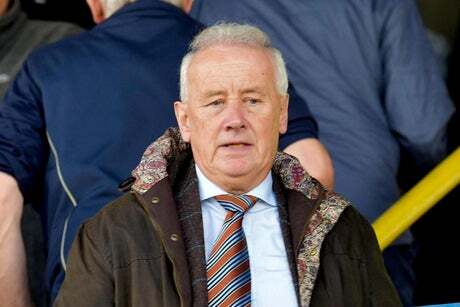 EFL chairman Rick Parry has once again lamented the calls to introduce B teams through the English footballing pyramid.

While the 66-year-old has talked of his desire to close the financial gap between the Premier League and remains keen on plans for the EFL to start selling their rights together to generate more revenue, Parry has moved to shoot down the idea that any such development would be a positive step.

Manchester City manager Pep Guardiola recently spoke in favour of the idea, claiming it would be “best for English football” little under a year after City chief executive Ferran Soriano described the EFL as “not sustainable enough” to continue without them.

“I just don’t see it, and irrespective of my view, it is absolutely not something that our clubs have any enthusiasm for,” he said.

“Frankly, I don’t even see it being on the table. I’ve spoken quite a lot about fresh ideas, new thinking, not having preconceived ideas, but I’ve got a preconceived idea about B teams and that’s not within the boundaries.

“The strength of the EFL is that every one of our clubs sits at the heart of the community. Our clubs put almost as much emphasis on the community as they do on the first team and what happens on the pitch.

“This isn’t about B teams suddenly parachuting in because you cannot possibly replicate that, it’s just misunderstanding what the pyramid is.”

As bullish as Parry was in shooting down that particular idea, he did hint EFL clubs would be receptive to change in the Carabao Cup.

“Yes [scrapping the competition altogether were the EFL to receive a bigger share of TV revenue] it might. And it gives us the flexibility to decide whether...this is just speculation, but anything could happen. Could it be that the clubs not in Europe play in it, could it just be an EFL competition?

“All things are possible.”