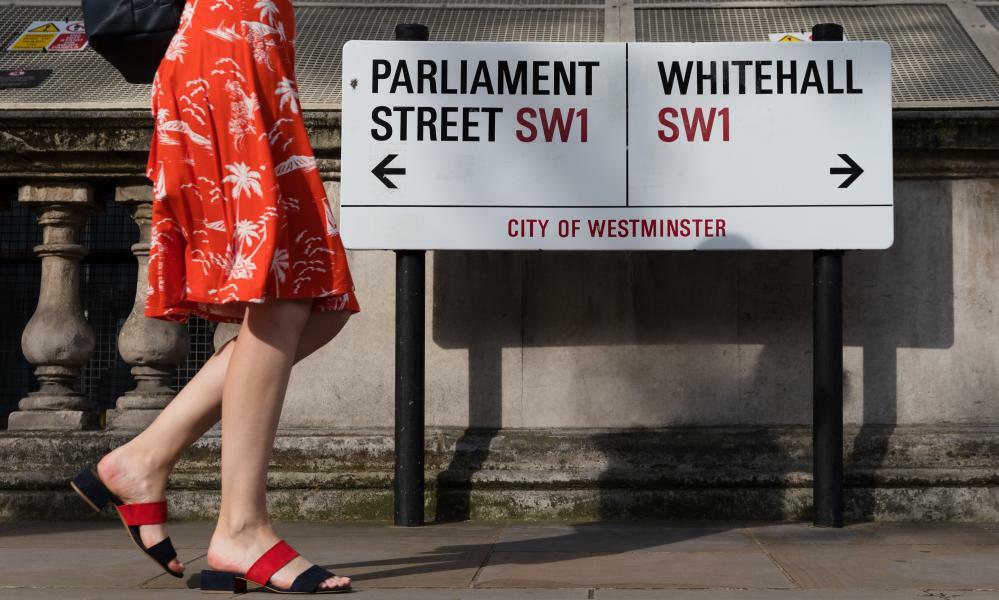 BORIS Johnson wants to slash the civil service to its pre-Brexit levels by cutting as many as 90,000 people from the…

The minister for Government efficiency has rejected suggestions of a return to austerity after Boris Johnson tasked his Cabinet with cutting around 90,000 Civil Service jobs.

The Prime Minister was understood to have told ministers on Thursday that the service should be slashed by a fifth, as he moved to free up cash for measures to ease the cost-of-living crisis with possible tax cuts.

Jacob Rees-Mogg defended the plan on Friday, saying the job cuts would bring numbers back to 2016 levels after extra staff were brought in to help deal with the pandemic and the “aftermath of Brexit”.

He told Sky News: “I know it sounds eye-catching but it’s just getting back to the civil service we had in 2016 … since then, we’ve had to take on people for specific tasks.

“So dealing with the aftermath of Brexit and dealing with Covid, so there’s been a reason for that increase, but we’re now trying to get back to normal.”

Mr Rees-Mogg, who is also Brexit opportunities minister, said he had seen “duplication” within Government departments, and the axing would mean people were being used “as efficiently as possible”.

“What I’ve seen within the Cabinet Office, which is where I work and bear in mind each secretary of state will be responsible for his or her own department, is that there’s duplication within Government, so you have a communications department and then you have within another department some people doing communications,” he said.

“So it’s trying to ensure that you use the resources that you’ve got rather than duplicating it bit by bit.”

Asked why the cuts were not being described as a return to austerity, he said: “I don’t think it is because what is being done is getting back to the efficiency levels we had in 2016.”

Mr Johnson made the demand during an away day with ministers in Stoke-on-Trent, with the Government coming under intense pressure to ease the pain of soaring prices.

But the FDA civil servants’ union warned the “ill-thought-out” proposal would not lead to a more cost-effective Government and could have impacts on passport processing, borders and health.

Sources familiar with Boris Johnson’s Cabinet conversation said he told ministers to return the Civil Service to its 2016 levels in the coming years.

It was said its numbers had grown since then to 475,000 full-time equivalent jobs.

The Prime Minister told the Daily Mail: “We have got to cut the cost of Government to reduce the cost of living.”

He suggested the billions saved could be used for tax cuts, saying: “Every pound the Government pre-empts from the taxpayer is money they can spend on their own priorities, on their own lives.”

Sources did not deny that the sweeping cut to public jobs could be used for future tax reductions.

Mr Johnson wants a recruitment freeze across Whitehall to start soon, with the abolition of any vacancies unless they are signed off by ministers.

Ministers are expected to report back within a month with plans for achieving the cuts from their departments.

Dave Penman, general secretary of the FDA, accused the Government of “picking a number out of the air” when setting its target for Civil Service staffing, and said the plans to return to 2016 levels were “unrealistic”.

He told BBC Radio 4’s Today programme that part of a civil servant’s job is to “think of how we do things more efficiently”, and they have already committed to 5% cuts in their budgets as part of the spending review.

“If you’re going to just simply pluck a figure out of the air and say it’s now 90,000 (jobs to be cut) because there’s a convenient point in time where we liked the number, that’s not a serious way to look at what does a Government want to do and how can it deliver that in the most effective and efficient way,” he said.

Mr Penman pointed out that since 2016 the country has navigated both Brexit and a pandemic, and the increase in Civil Service staff “has been undeniably related to those two events”.

“So unless we’re undoing Brexit and can undo the pandemic it’s unclear what exactly the Government means by this,” he said.

He added: “In 2016, the civil service was at its lowest point since the Second World War.

“It had already delivered huge numbers of efficiencies at that point, so the idea you are just going to squeeze those kinds of savings again is just unrealistic.”

Labour accused the Government of letting working people down through “pointless rhetoric and lack of action”.

Mike Clancy, general secretary of the Prospect union, said the proposal represented “an outrageous act of vandalism on our public services”.

“Through Brexit and then the pandemic we have never been more reliant in peace time on our Civil Service,” he said.

“Our members are highly skilled and there is a real risk to Government delivery from losing their vital expertise.

“They are vital to what the Government want to do, whether that is levelling up or pandemic recovery. For them, these cuts to jobs come on the back of significant real terms cuts in pay.

“The big cuts to public services since 2010 have often proved an expensive error – these proposals risk doubling down on the mistake.”

A Government spokeswoman said “the public rightly expect their Government to lead by example and run as efficiently as possible” as the nation faces rising costs.

BORIS Johnson wants to slash the civil service to its pre-Brexit levels by cutting as many as 90,000 people from the…