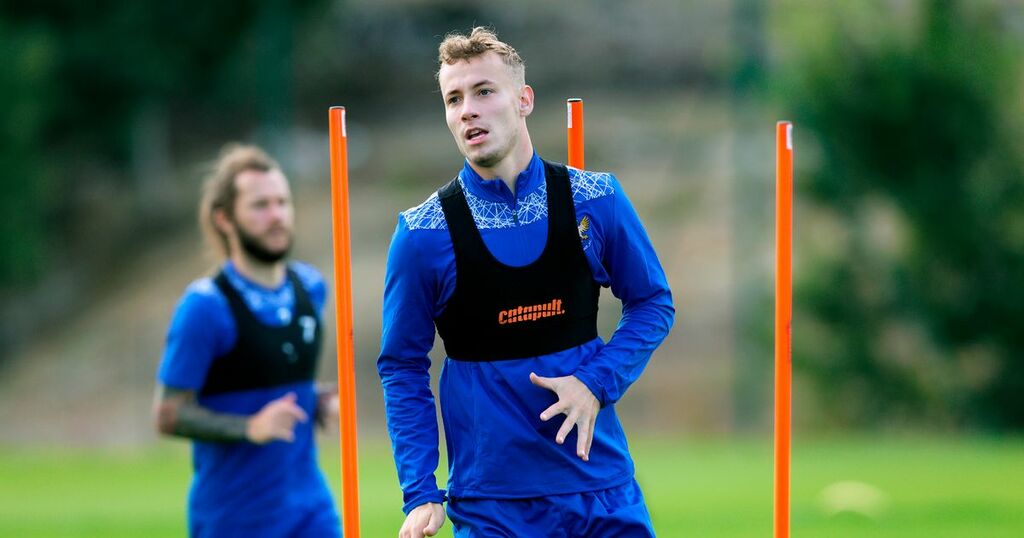 The 22-year-old, previously of Ilves and HJK Helsinki, is now available for action after finally receiving work permit approval.

He has trained with his new team-mates and played in a bounce game against Brechin City on Monday afternoon.

Davidson said: “He has had a bit of a close season after being in isolation and training by himself.

“He only trained once with us before the game with Brechin on Monday.

“But you can see he is a big, strong lad with great feet and an eye for a goal.

“I’m pretty excited about him and hopefully we can get him on the pitch as soon as we can.

“I certainly hope we can get him up to speed quicker than Guy (Melamed).

“He has been working hard on his own and he played games in Finland before coming here so we will probably accelerate him.”

At the other end of the park, Saints are still without Liam Gordon for Saturday's home lunchtime kick-off with Rangers.

And with Jason Kerr last week departing for Wigan Athletic, places are certainly up for grabs.

“Obviously we have been disrupted by the injury to Liam Gordon and losing Jason Kerr,” Davidson said.

“Liam is a big blow, he’s the central figure and the voice in the back three.

“The players who come in need to know their roles straight away.

“We work on it every week so I would be disappointed if they don’t know their roles as soon as they come in.

“Hayden Muller has played three league games for me and I think he has been excellent in all of them.

“He defends well, he steps in with the ball really well.

“One good thing about the back three is you have a bit of fluidity, so that means it doesn’t have to be three centre halves.

“You can have a right-back playing in there, or whatever, so you can manipulate it to what suits you.

“So for me, it’s about trying to find the best three in that formation.”

New loan signing Cammy MacPherson is also out after suffering a suspected dislocated shoulder in the bounce game with Brechin, while Murray Davidson is nursing an injury.

Saints enjoyed some success against Rangers last term but the Perth boss is aware that anything short of a top performance will be punished.

On this weekend’s opponent, Davidson said: “They are the benchmark. They were fantastic last season.

“They have tweaked it a bit but they haven’t made many changes.

“They are probably ready to start kicking into form so we have to make sure we do the right things against them to make it difficult and try to frustrate them.

“We will have a few changes for Saturday but it will be more experience gained for my players and they have to make sure they take something from it.”