Eels happy to ease up ahead of NRL finals 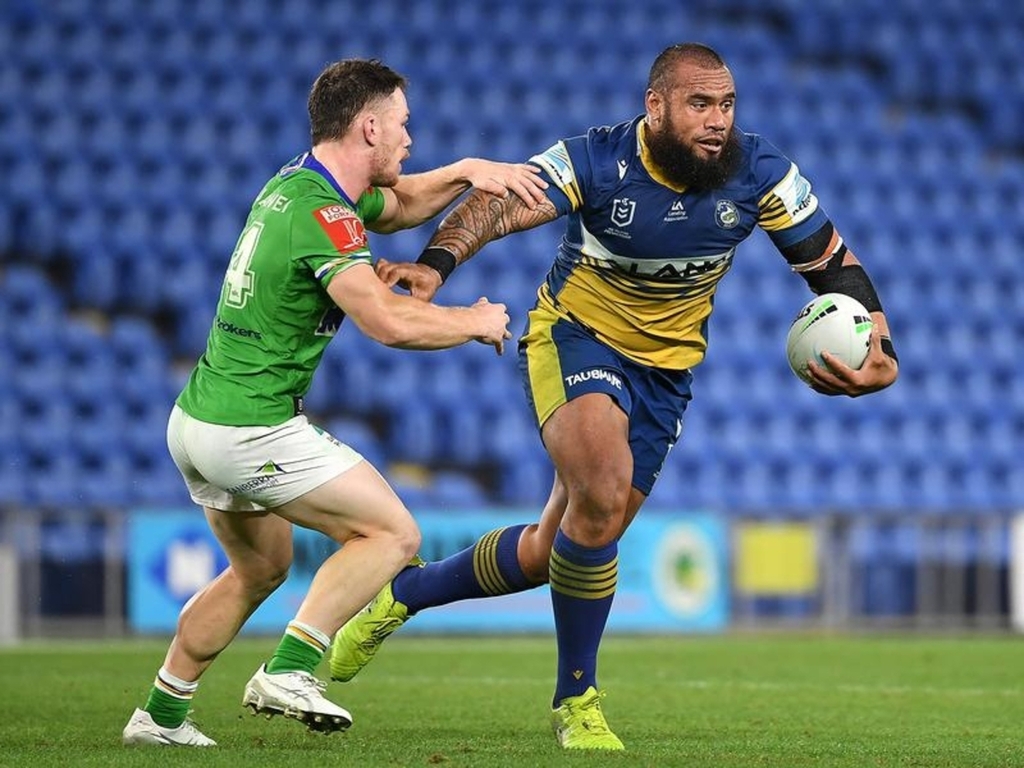 Parramatta enforcer Junior Paulo says the Eels players pushed for a final round rest rather than fight for a top-four berth after last year's disappointing NRL finals showing.

After finishing third last year the Eels made a straight-sets exit in the finals, losing to Melbourne and then Souths, and Paulo said coach Brad Arthur and the players wanted a different approach for the 2021 playoffs.

Resting a swag of stars, the understrength Eels suffered a 40-6 final-round loss to Penrith with some questioning how it would impact their momentum after stopping premiers Melbourne's win-streak the week previously.

The test will come in Sunday's elimination final against Newcastle in Rockhampton.

But Paulo felt it was a gamble worth taking and the players were on board.

"He (Brad) obviously spoke to a couple of us the week previous to having that week off and it's something that everyone agreed on," Paulo said on Tuesday.

"I think physically it was a smart move - it has been a long year and everyone's going to have little niggling injuries.

"I think to have an extra week to prep well and refresh mentally, it's something that definitely was needed.

"Heading into this week I think we've really hit the ground running."

Arthur has also kept the Knights guessing with some bold selection choices.

Ray Stone is the new hooker with Joey Lussick suffering a calf strain, but Arthur has opted to bench forward Isaiah Papali'i who has started every game since round two.

Star second-rower Ryan Matterson returns from suspension in the reserves among 10 changes.

Reagan Campbell-Gillard has been named to start in the front row alongside Paul after recovering from a groin injury, which has kept him sidelined since round 20.

NSW Origin representative Paulo said having a fresh and firing Campbell-Gillard was huge for the finals.

"He's been a massive loss for us and to have him back especially this year it's going to be a massive boost for us," Paulo said.

"Reggie is the type of player who's just made for the finals arena."

Paulo said the Knights, with fellow Blue Daniel Saifiti back after a knee injury, presented a formidable challenge through the middle.

"We know the quality of player that 'Saf' is and the leadership that he brings to the Knights," the 27-year-old said.

"We obviously saw that in the Origin arena and we have seen that for the past couple years - he's one of the best in the game.

"It's going to be a tough battle within that middle but that's the kind of footy we look forward to."