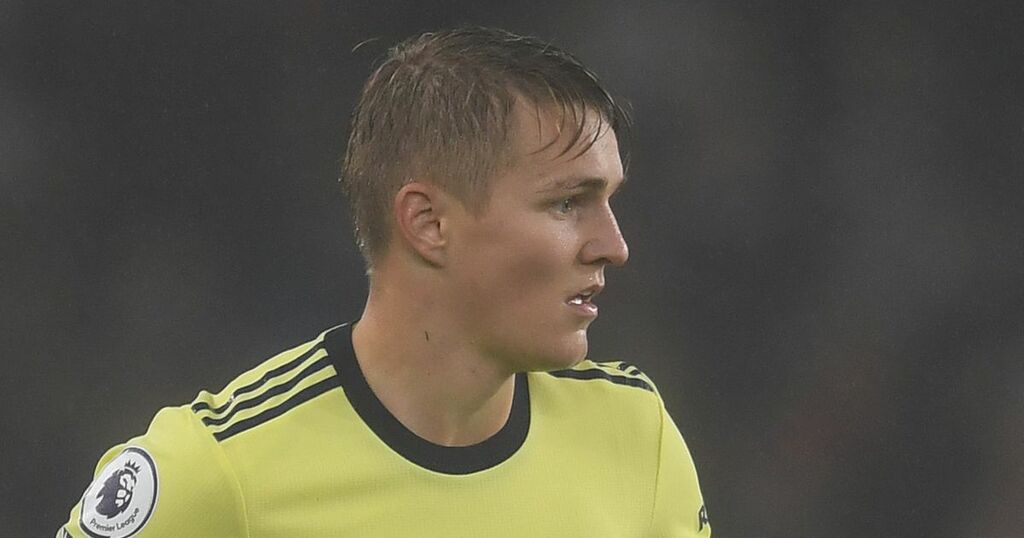 Welcome to our football.london Arsenal daily round-up piece. Maybe not the first, we've definitely done transfer round-ups before, and European round-ups, so I guess in some ways it's not that new at all. Anyway, we thought we would enter the world of football in a broad and roundabout manner for you and have some fun with some of the stories and captions doing the daily rounds.

"I am very happy at Arsenal"

Martin Odegaard is happy at Arsenal.

The Norwegian signed for Real Madrid at the age of 16 but failed to bed himself in with the superstars and secured his permanent move to Arsenal in the summer after enjoying a loan spell in North London.

Sadly for his career in the Spanish capital, the 22-year-old could only manage 11 first-team appearances but featured over 50 times for the Madrid Castillo set-up.

"When you are at the highest level, it is not as easy to make friends and that kind of thing. At least not when you are young and come from somewhere else," he told TV2 via Daily Mail.

"I came from a different dressing room culture and it is not easy to fit into a changing room [like the one at Madrid]. It was difficult but it is something that has made me stronger and I am happy to have experienced it.

"I would say there is a big difference. I am very happy at Arsenal. There is a very nice dressing room."

He has scored once already this season with a superb free-kick in the win over Burnley.

"I didn't see myself joining the enemy"

Serge Aurier has rubbished the reports linking him with a move to Arsenal after he opened up after his move to Villarreal after his time at Tottenham ended.

The Ivorian was linked with a move during the summer as the Gunners looked to bolster their right-back position, but Arteta had already made their move for Takehiro Tomiyasu.

Spurs struggled to find a new suitor for Aurier and mutually agreed to terminate his contract with the club.

However, this week he signed for the reigning Europa League champions Villarreal.

“First of all, I would like to thank all the Spurs fans for these four wonderful seasons with you,” he said in a statement on Instagram.

“They were all different but I leave with some great memories. I really enjoyed playing the game wearing your colours proudly.

“It is true that not everything was perfect, there were moments of joy and sadness but know one thing, I have always played 100 per cent, without cheating!

“I have never seen myself at another club in England if not at your place!

“And I didn’t see myself joining the enemy even less because I have too much respect for our club, for our history and for all our moments shared together.”

The 17-year-old has been mixing around the first team, he has yet to feature for Mikel Arteta's side but he has scored one goal with one assist in seven appearances in Premier League 2.

Speaking on the Arsenal Twitch channel, he said: "There’s a lot to be fair. They’re in our training sessions a lot and they’re not struggling. Our training is really high quality and they have fitted right into that. There’s a lot coming through.

Arsenal have reportedly won their appeal with FIFA at the Court of Arbitration for Sport after being fined £33,000 by the governing body over sell-on clauses they agreed when selling players.

The Daily Star reports that the initial fine was sparked by the sales of Chuba Akpom and Joel Campbell to PAOK and Frosinone.

Akpom's initial sale to Greece meant they were obliged to pay the Gunners 30 per cent of their future sales and 40 per cent for his move to a British club with the Costa Rican having the same conditions on the deal with 20 per cent and 30 per cent respectively.

FIFA claimed that Arsenal had breached the rules surrounding third-party ownership rules despite the FA and Premier League arguing. Arsenal denied the claims and won their appeal after being more concerned by the principle and the prospect of former players being sold back to Premier League rivals at a profit.

CAS have accepted their appeal and acknowledged that variable sell-on clauses are part and parcel of football, ruling that Arsenal could have no influence over transfers at other clubs.