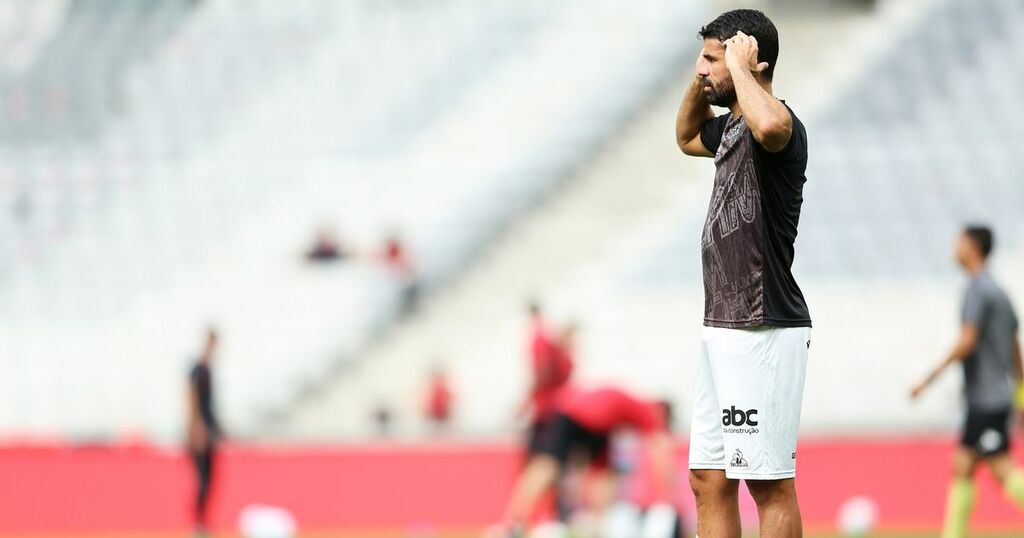 Edu has been told by Arsene Wenger and William Gallas the 'character' Diego Costa could add to this youthful Arsenal side over someone like Dusan Vlahovic.

Costa, 33, has apparently been identified by Edu and co. as a viable short-term option if the Gunners aren't to land a first choice target Vlahovic before the January deadline passes by.

football.london understands that the Gunners are making a continued push to sign Fiorentina striker Vlahovic this month.

However, his preference to stay in Serie A, coupled with the Florence based club's unwillingness to lose such a key player at a time when they are in a good position to achieve European football this season, has made the whole transfer operation complicated.

With Pierre Emerick-Aubameyang, Alexandre Lacazette and Eddie Nketiah's futures still up in the air - plus youngster Folarin Balogun heading out on loan, a striker is certainly on the agenda as the Gunners look to add another No.9 to the extra midfielder that is likely to join the ranks.

Arthur Melo's loan transfer from Serie A giants Juventus is close to completion with football.london understanding that Edu was aiming to tie up the deal before the north London derby.

That game that is now in danger of not going ahead due to Arsenal's request to postpone it - much to the frustration of Spurs with a decision expected to be delivered by Saturday night.

Back on the subject of a new No.9 signing, the former Chelsea hot head is being lined up as a last minute option if there isn't to be significant movement on the Vlahovic deal anytime soon.

According to Goal in Brazil, Edu and co. have made "informal consultation" with his current club Atletico Mineiro to find out about the player's plans for the immediate future.

The report goes on to add that "so far", there is no official proposal from the Gunners for the player, who is on vacation in Spain after helping Atletico Mineiro to lift the 2021 Campeonato Brasileiro Serie A.

Additionally to Chelsea's previous conquerors at the Club World Cup, fellow Brazil side Sao Paulo are interested in battling Arsenal for a player who has been given the green light to seal an exit away from the current champions.

"At the end of the season, he came to us expressing his desire to leave," Atletico-MG's director of football, Rodrigo Caetano revealed.

"The reasons given were adaptation, personal issues... When he goes to that side, there's not much to argue about.

"He stayed with us until the end, he was a very important piece, athlete competitive. He was afraid of this long period that he stayed in Europe, he made it clear that at some point, if he didn't feel comfortable, we could make an agreement of this type.

"We accepted the request and we are building the best agreement for all parties. We appreciate his delivery and this period with us. It is very likely that he will not stay with us this season. from the sides".

Would Chelsea's famous No.18 be a good fit at the Emirates Stadium?

Well, William Gallas and Arsene Wenger have certainly provided a good reference for the player in question to Edu if he was to hit the 'Plan B' switch.

Gallas has admitted in the past that the Brazilian-born Spanish international would bring certainly bring something extra to the current Gunners crop.

"He would bring character to the squad," Gallas told PlayOJO back in January 2021.

"He just wants to win games. If his teammate doesn't play well, he will shout at them during the game and sometimes I think this is good.

"Sometimes, when I’m watching Arsenal, they don’t show any reaction when they concede, and someone like Costa will shout to the guys: 'Wake up', which can boost the players.

"If he comes to Arsenal, he will cause a lot of problems for defenders but it might also mean [Alexandre] Lacazette going on the bench again."

Wenger, who was the victim when Costa scored several goals against his Arsenal side for Atletico Madrid and Chelsea respectively, knows all well about the goal prowess that the 33-year-old still possesses in abundance as demonstrated in his involvement in Atletico Mineiro's title winning season last term.

"Yes we had the ball at the start, but the goal it was a stupid ball," Wenger bemoaned after the Atletico Madrid's 1-0 Europa League win over the Gunners back in May 2018.

"Diego Costa is Diego Costa and that’s why he’s one of the best in the world."