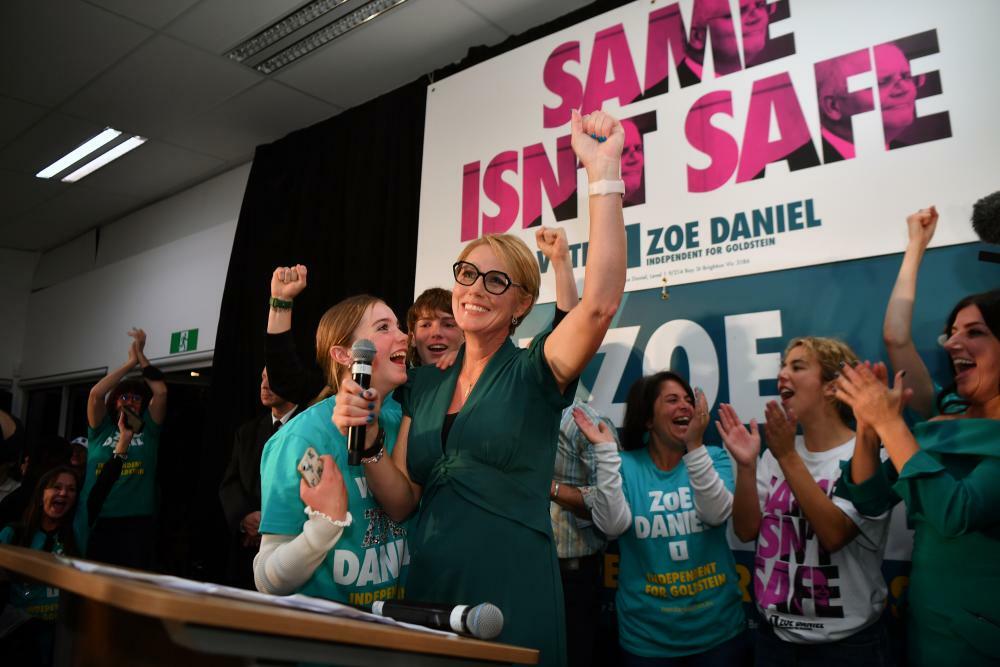 History tells us women can turn elections: the Liberals should have listened
Some wondered that the fury of March4Justice rapidly dissipated. But the women of Australia were following a feminist adage: don’t…

The Guardian - AU
Read news from The Economist, FT, Bloomberg and more, with one subscription
Learn More
Gareth Hughes: Budgets must do more than patch failures

Comment: When you spend up large just fixing the problems caused by your existing economic system, that's called Failure Demand,…

Crikey
One Nation, UAP and ‘freedom movement’ parties fail to make an impact

Crikey
From analysis to good news, read the world’s best news in one place
Liberals forget that women vote — and have paid the price

Crikey
Albanese’s challenge: deliver for the progressives and the silent, excluded voter

Yes, he deserves his moment in the sun, but the Labor leader must also ensure he leaves no Australians in…

Editorial: How many more? Rikers death latest in a string of failures that demand action

Too often, in the absence of adequate mental health treatment options, jails and prisons end up as the default provider of mental health services to those in crisis. This is wrong; New York must strive to make care available to all who need it before they end up harming themselves or others in a way that lands them in the criminal justice system.

In the meantime, though, the reality is that more than half of those who do end up on Rikers Island have some type of mental illness, and that’s just people with diagnoses. This fact, combined with the perpetual management and supervision failures at the jail, lead to tragedies like the weekend’s death by suicide of 25-year-old Dashawn Carter.

The formerly homeless man had been sent back to Rikers from a psychiatric hospital just days before his death, the fourth so far this year on the island. Carter was cleared by correction staff to be held in the general population, in all likelihood not because he seemed truly fine to be left to his own devices, but because there was nowhere to send him to get the help he needed.

Had Carter been sent to a Program to Accelerate Clinical Effectiveness (PACE) unit, where those in custody can receive specialized counseling and observation, he might be alive today. Yet the expansion of this initiative ordered by Mayor de Blasio has been hampered by what’s become the seed of most violence and disorder: a lack of proper staffing, driven not by low headcount but the ability of a huge number of officers to refuse to show up for work and their supervisors’ unwillingness or inability to dole out consequences.

As laid out this week in a damning Board of Correction report examining inmate deaths, DOC’s failure to address both mental and physical health puts lives at risk with each passing minute of mismanagement. Good intentions won’t provide treatment or manage jail security. It’s time for a court-appointed receiver to, as the mayor might say, get stuff done.

de (Person)RikersMental HealthNew York
Sign up to read this article