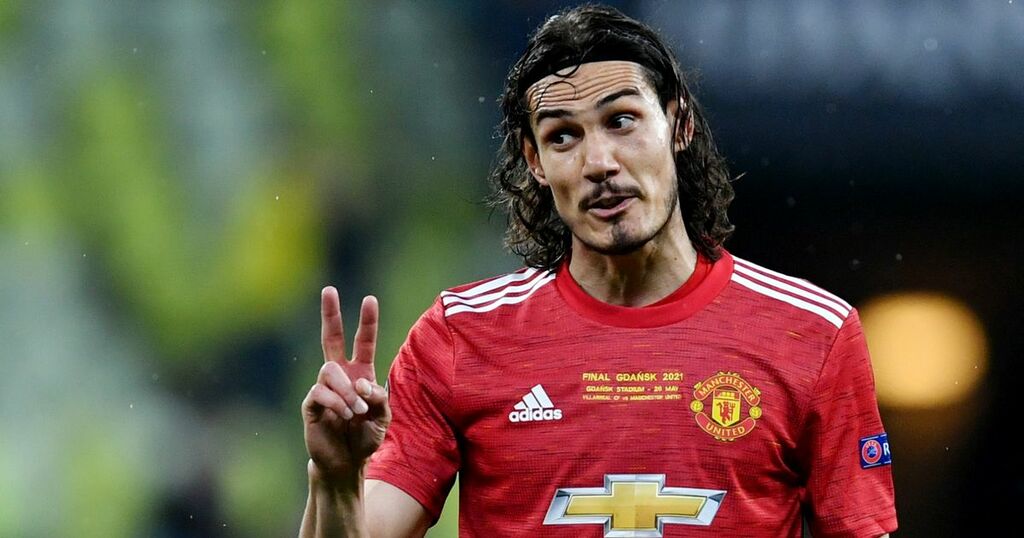 Edinson Cavani has hinted he'd like Manchester United fans to change his song back to the old version following the arrival of Cristiano Ronaldo.

Ronaldo got his second spell at United off to the perfect start on Saturday, scoring twice in a 4-1 thrashing of Newcastle at Old Trafford.

The 36-year-old has taken the No7 shirt from Cavani, who also made a big impact with the Red Devils after joining on a free transfer last season.

But United fans have shown their love for the Uruguayan striker is undiminished, having made up a new chant for him.

But since the return of fans to Old Trafford a new chant has been dreamt up, thought to be based on 'So High' by German hip-hop duo SXTN.

“I am in love, I can’t deny; Our number seven is the king of Uruguay," the song goes.

“El Matador, who could that be? His first name’s Edinson, his second’s Cavani…”

The lyrics may need to be tweaked now that Cavani is wearing the No21 shirt - but he has admitted in any case that the new song is more difficult to follow.

"The fans have now come up with a second song, which is a lot more difficult to sing than the previous one," said the 34-year-old striker when asked by MUTV which song he preferred.

"I could follow the first one: ‘Give it, give it, give it to Edi Cavani…’. It was easier to follow, and I could sing along to it in places!

"This second one, which is also really cool and really good too, and right here let me take a moment to thank all the United fans for their warmth and affection, this second song is much more difficult to sing!"

Ronaldo has thanked Cavani for relinquishing the iconic No7 jersey, saying: "I wasn’t sure if it would be possible to have the number seven shirt again, so I would like to say a huge thank you to Edi for this incredible gesture."

Cavani missed the win over Newcastle on Saturday after suffering a muscle injury in United's behind-closed-doors friendly with Stoke City during the international break.

Which Cavani song will you be singing at Old Trafford? Let us know in the comments section.