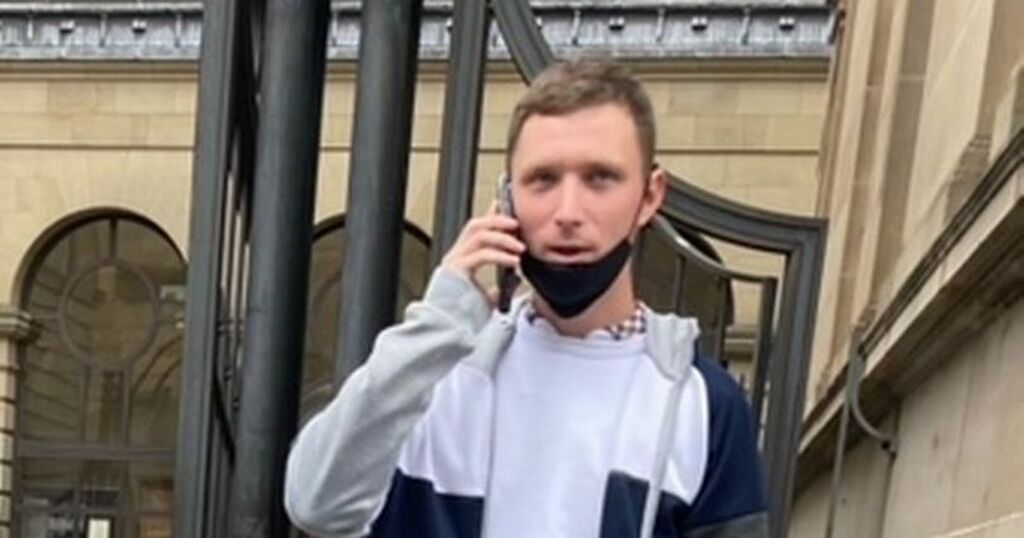 An Edinburgh thug brandishing a broken glass bottle tried to rob three university students on the top of Edinburgh’s Calton Hill, as the courts heard yesterday.

Ryan Mowles told the terrified trio: “This is a robbery. Give me all your f***ing money or I’ll slit your throats.”

After one of the students held open his wallet to show there was no cash, Mowles offered them beer for payment instead, as reported by the Daily Record.

The hill, with its panoramic views across the capital and collection of monuments, was very busy with visitors, turned witnesses, at the time.

Mowles, 26, appeared at the city’s sheriff court on Tuesday and admitted assault and attempted robbery on April 23.

Fiscal depute Rosie Cook said the three students from the University of Edinburgh had been up Calton Hill socialising at its summit for most of the afternoon.

Ms Cook said the men were approached by Mowles, who was carrying a broken bottle, at around 8pm.

The court heard Mowles held it to the neck of one student at a distance of about a foot away.

Ms Cook said Mowles shouted at the victims they were being robbed and he’d “slit their throats” if they didn’t hand over cash.

She said the student with the bottle held towards his neck showed his empty wallet.

Ms Cook said Mowles continued to brandish the bottle towards the other students and demanded money before offering to sell them beer.

The court heard the students refused and Mowles, of the city’s Leith area, left the scene.

Ms Cook said the police were called and a police dog handler caught Mowles a short distance away.

Sheriff Alistair Noble deferred sentence on Mowles until next month for reports.