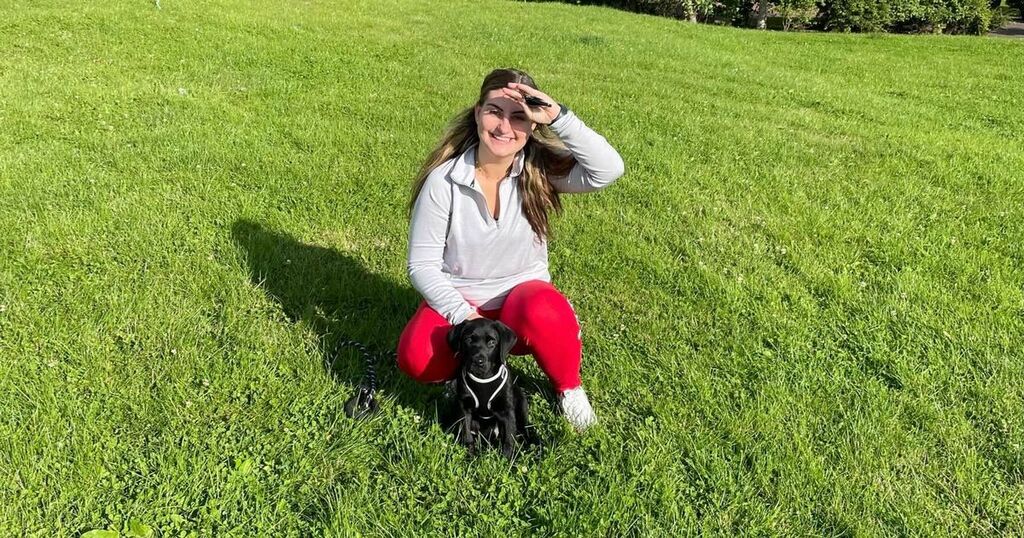 An Edinburgh family are desperately trying to raise funds for lifesaving surgery for their four-month-old black Labrador puppy.

Shellby Anne, 28, and her partner Sean Paul have started a fundraiser to raise £6,000 for Shep's complex intestinal surgery that the insurance company won’t cover.

Having exhausted every option possible to find the money for the surgery, Shellby has turned her attention to asking the public for their help.

Shellby said: "So we weren’t informed by his breeders as they had him health checked by pets at home and were told he was all fit and healthy and he got his first jags with them.

"The breeders have been very sympathetic and helpful towards vet costs so although this is traumatic they have been nothing but kind and considerate.

"He was suffering from diarrhoea since we got him so we have been back and forth to the vet every week (sometimes twice or three times in the week), sending in emails, photos etc and having multiple consultations and so on.

"We were also trying different foods and medications and handing in samples and running various tests.

"The vets said it would be a process of elimination, although now we’re at this stage I must admit I’m not too happy at how long it took for real action to take place, but they have had great reviews and of course are the professionals so we put our trust in them.

"After trying to push for an ultrasound and being told there wouldn’t be much to gain from this, he of course fell unwell again and started to not eat - this is not great for a dog so we had to take him back to the vets.

"Due to his condition and the worry of him not eating the ultrasound was performed and this is what let to him having emergency surgery.

"This first surgery was for an intussception- it was unable to be reversed so Shep had to have a large portion of intestine and bowel removed, due to the damage that has been occurring while he was unwell.

"This surgery was funded for, as well as previous vet visits, by myself and my partner and my parents also helped us out a little, as I am currently a full time student.

"Shep was doing great after this surgery they said he was incredibly strong and they felt it was safe and beneficial to bring him home and let him heal at home."

Shellby and Sean Paul thought their emergency visits were finally over, as Shep looked to be on the mend.

However, they realised it was much more of a long haul than first anticipated.

Shellby continued: "We have been monitoring him 24/7 with my partners work being very understandable and flexible with his working pattern so we could manage this and sleeping downstairs beside him.

"Shep then fell ill really quite rapidly and therefor had to return to the vets, they informed us that the surgery had been somewhat unsuccessful and that he would need another emergency surgery - this time by a specialist in the area and also, the assessment was out of hours.

"The estimated us 4-6,000 for the surgery but leaned towards it being 6,000, due to the complexity and the likelihood of him needing a blood/plasma transfer.

"The only other option was to have him put to sleep otherwise he would have continued to decline and would develop sepsis amongst other deadly viruses/pathogens attacking his body.

"After this news, of course us being really upset and recently paying out the amount for his first set of care and first emergency surgery, we were left in a tricky position- we have no further money in savings there for this, a friend recommended a go fund me.

"After discussing with the vet, they felt he was strong enough to undergo this and battle this - I set up the go fund me page in the hope it will help us reach out £6,000 target for the surgery with the specialist.

"I understand it’s an extremely difficult time for people especially financially (myself and partner included) but every little helps and that’s why I’m trying to share the go fund my page with as many people as possible. He means the world to me and my partner - I can’t stress that enough!"

So far, Shep's owners have raised just over £4,000 and need to reach the 6K mark in order for their pup to lead a healthy and fulfilling long life.

Further details and the link for the Gofundme page can be found here.