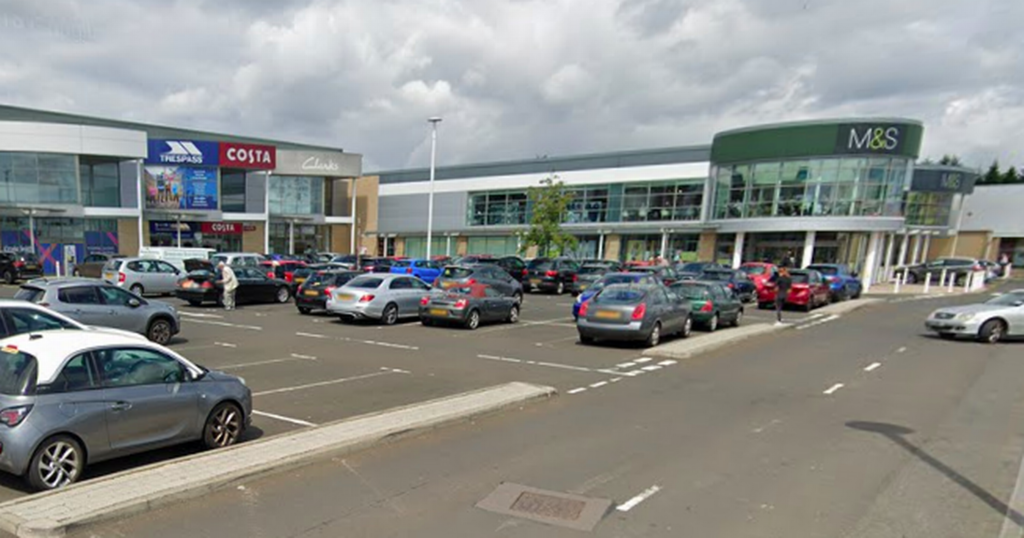 Edinburgh driver fumes as he is hit with £85 fine after shopping at retail park
The 55-year-old posted on the social media platform for neighbourhoods, Nextdoor after getting a letter from GroupNexus, an organisation that…

Dick Cox claims he was within his rights to leave his disabled wife within their car without receiving a fine.

Motorhome had been parked across more than one bay

An Edinburgh resident has hit out at the city council after being slapped with an “unfair” £30 parking fine.

Sara Trequa, a resident of Gorgie, has said that she was forced to park in the allotted bin area on one occasion because the bin was in her permit holder spot.

In an image shared with Edinburgh Live, Sara’s vehicle is seen to be parked in the designated bin area but the bin also looks to be taking up parking space - potentially forcing the resident's hand.

She says that the bin continuously encroaches onto permit holder parking bays that residents pay a lot of money for and that the council will do nothing about it.

Sara fears that the fine will double next month as she does not have the funds to pay it - even though she does not want to pay out of principle.

She said: “I've been living in Dundee Terrace for about seven years now, and paying for the parking permit for about four years.

“In this time, the bins have never been displayed on their designated bay, they've always been far over the parking permit line.

“The black Honda is my car, which I've parked there only that one time as there was no other choice, and as a parking permit payer I had the right to park there as the bins occupied the car's space.

“The council says that the bins cannot be put back as there is no space, which is absolutely not true!

“If you look at the pictures, which have been taken on different days, you will see that they have plenty of time and space every day to move them, but they never do.

“And let's not talk about the rubbish!

“My neighbours and I need space as we pay for it and the fact that the council is absolutely careless about everything, it means I have had to pay for their negligence.

“It makes me furious! With the increasing cost of living this is also like a slap in the face, it is absolutely not fair.

“I also used to have a cafe in Broughton Street and the council never granted me a business parking permit, so I had to pay every day.

“The amount of money that I spent for their parking goes over thousands pounds. And now I cannot even feel free to park where I live. They are honestly a disgrace.”

She added that she will struggle to meet the £30 fine this month and feels that she should be shown discretion considering how often the bin is in her parking space.

“Moreover you have only one chance to challenge your parking ticket, which didn't go well.

“After that, you cannot speak with anybody else, you just have to pay.

“I know that is not a lot but I cannot afford to pay it this month and cannot even wait till next month otherwise it will be doubled.

“It is more a question of principle too. And what do they do with the money after? Nothing, because this city is becoming a nightmare.”

A council spokesperson said: “A parking ticket was issued because the vehicle isn’t parked within the designated bay markings.

“However, the decision on the appeal can still be challenged should the individual disagree with the outcome – further information on this is available on our website.”

EdinburghGorgie (Geopolitical Entity)
Sign up to read this article

Edinburgh driver fumes as he is hit with £85 fine after shopping at retail park
The 55-year-old posted on the social media platform for neighbourhoods, Nextdoor after getting a letter from GroupNexus, an organisation that…

Dick Cox claims he was within his rights to leave his disabled wife within their car without receiving a fine.

Motorhome had been parked across more than one bay