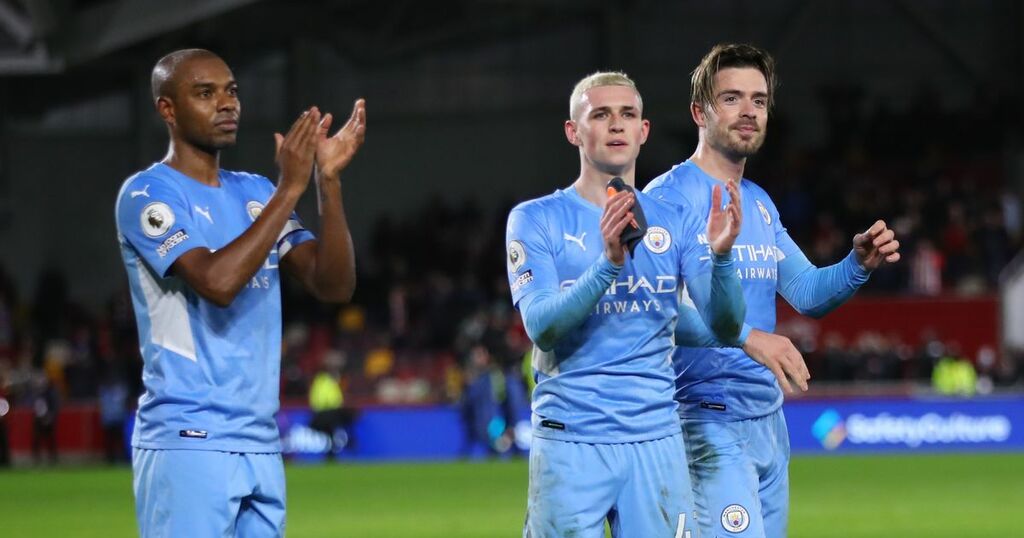 Manchester City have concerns over a Covid outbreak at the club as they prepare for their clash with Chelsea this weekend.

The defending Premier League champions can take a huge step towards defending their crown on Saturday as they face Thomas Tuchel’s men, with the chance to open up a 13-point lead at the top of the table.

There are doubts though as to who City might have available to them, with a Covid outbreak before last week’s FA Cup tie at Swindon seeing 14 staff and seven first-team players isolating, including Pep Guardiola after returning a positive test.

The club have declined to name the players who missed the game, but there were some notable absentees at the County Ground, and City will be hoping the outbreak doesn’t worsen ahead of Chelsea’s visit.

Here’s a round-up of the latest on the injury front for City.

The Brazilian was one of those to miss last week’s win at Swindon, although the reason for his absence wasn’t disclosed.

Ederson would have likely been given a rest anyway, so as long as he hasn’t tested positive after the cup tie, he should return in goal.

Stones has been struggling with his fitness of late, having not featured since the 4-0 win over Newcastle before the festive period.

Again, no reason was given as to why he missed the tie at Swindon, and it remains to be seen whether he will return against Chelsea.

Zinchenko missed the league win over Arsenal due to Covid-related issues, before also sitting out the tie at Swindon.

Assuming he has served his self-isolation period, he could be back in contention for this weekend’s fixture.

Again, no reason was given for the midfielder’s absence against Swindon, although it is assumed it was due to Covid reasons.

Not knowing whether he tested positive or not before the game though leaves his involvement against Chelsea in doubt.

Like Zinchenko, Foden missed the win over Arsenal due to Covid issues before sitting out the trip to Swindon.

If we’re to assume he’s served his self-isolation period, he should be back to face the Blues on Saturday.

Like many of his team-mates, Grealish falls under the same umbrella after missing the trip to Swindon.

Same situation for Sterling, with no confirmation of which players have tested positive and when.

Elsewhere, young striker Liam Delap remains a long-term absentee, while winger Riyad Mahrez is away at the Africa Cup of Nations with Algeria.