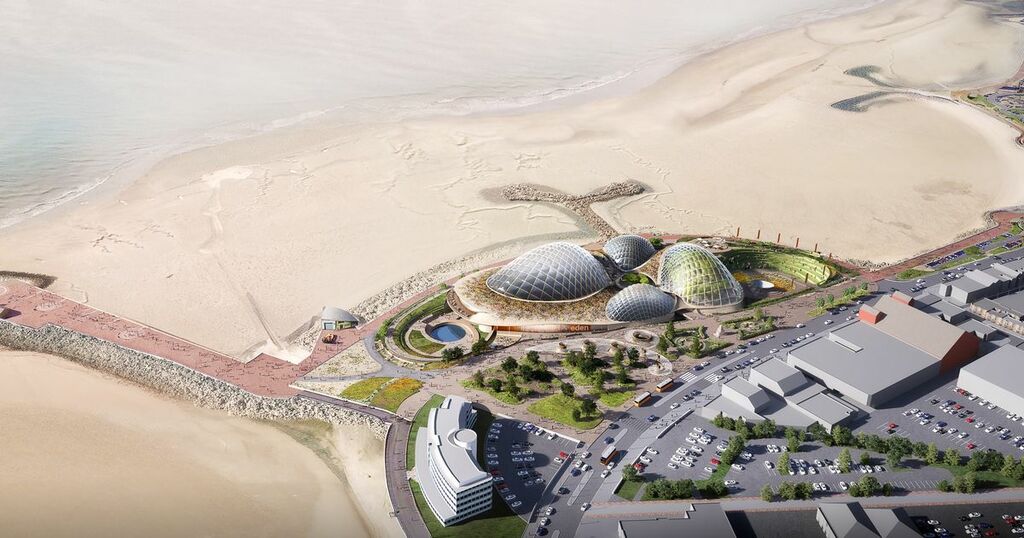 Plans to build a northern version of the Eden Project have been submitted as part of an ambitious £125m project.

Eden Project North hopes to attract around one million visitors each year to its planned site on the seafront in Morecambe.

The project has been described by local leaders as ‘transformational’ for the area and is predicted to directly employ more than 400 people if approved.

The application is the latest milestone for the £125m project on Morecambe Bay 's seafront after years of development.

A decision on planning permission is due before the end of this year and the project is due to open in 2024 if approved by Lancaster City Council.

"These proposals would bring a boost to Morecambe and the surrounding area, as well as benefits further afield for Lancashire and the north-west.

"We've been working with Eden for some time to understand their plans and how we can help make any journey for visitors to the site.

"Whether by car, bicycle or public transport - as easy and sustainable as possible.

"These are exciting times and we're proud to be directly involved in helping to make this happen."

The shell-like domes will be constructed in timber and covered in a transparent membrane with solar cells to go beyond net-zero carbon emissions.

There will also be two restaurants with ‘spectacular views’ across Morecambe Bay.

The business case submitted in the application estimates visitors will fork out more than £200m per year in the region which would support an additional 1,500 jobs.

David Harland, Chief Executive of Eden Project International, said: “The submission of the Eden Project North planning application is the culmination of years of hard work from the Eden team and our partners and a reflection of our many conversations with the Morecambe community.

“Eden Project North is a truly collaborative effort and everyone who has taken part in our consultations, both formal and informal, can be confident that their input has helped shape this project.

“We are enormously proud of how this project has developed and hugely grateful to everyone who has contributed to it, especially considering the incredibly difficult circumstances of the last 18 months.

“This is a huge moment for Eden Project North but we are not resting on our laurels.

“The hard work continues and we hope to have positive news about funding for the project before the end of this year.”

The Eden team has already found success in the UK, with its project in Cornwall transforming a derelict former china clay pit into a world-class destination.

Eden in Cornwall has welcomed more than 22 million visitors to date and added more than £2.2bn to the regional economy since opening in 2001.