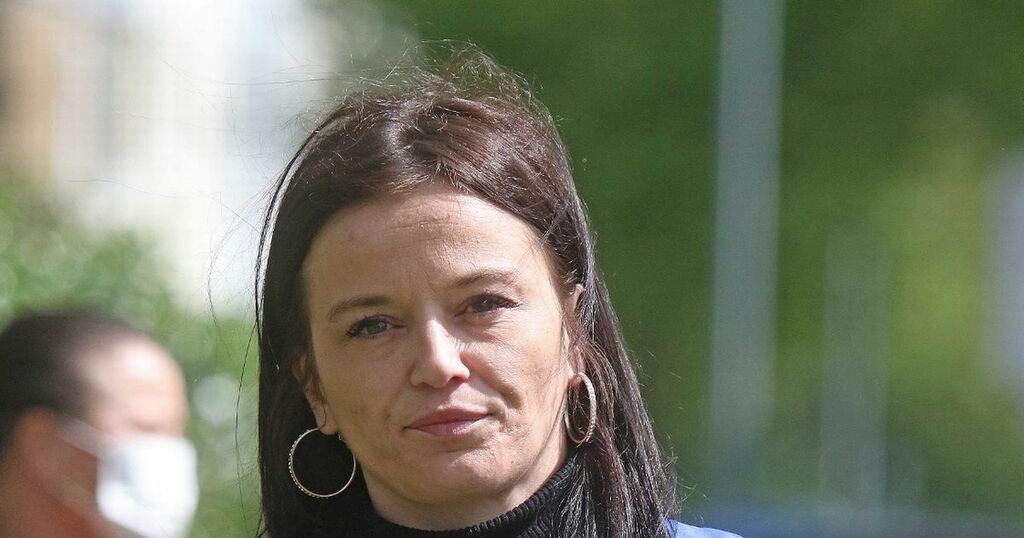 'Alcohol is no excuse for vile racist abuse in 2020s Britain'
The vile language used by ­EastEnders actress Katie Jarvis when verbally abusing Michelle Antonio is unacceptable. Being drunk is no…

Zara Roberston, 36, hit her friend over the head multiple times - she pleaded guilty at Manchester Crown Court to…

If you're expecting "The Thorn Birds" with a dinosaur, you'll be disappointed

ABC News
One subscription that gives you access to news from hundreds of sites
'I'll go down for murder for her': Woman brutally attacked pal with meat cleaver - over £20

Zara Robertson has been jailed for almost six years

A mum left reeling by a racial tirade from EastEnders star Katie Jarvis says the episode has left her utterly traumatised.

Michelle Antonio says she is too stressed to work, has been plagued by panic attacks and suffered flashbacks to racial abuse from her childhood.

She was speaking for the first time since former Albert Square star Jarvis appeared in court over her race rant.

Michelle had been enjoying a family day at the seaside when Jarvis blew her top in a dispute over a spare chair outside a fish and chip restaurant.

Michelle, 49, told the Sunday Mirror: “How can racism like this still be going on in the 2020s? You think things have changed, but nothing has.”

The mother of three, from White City, West London, also says she:

Michelle spoke out after Jarvis – who could have been jailed for six months – was handed a two-year community order.

The single mum says of the sentence: “I’ve been sitting here stressing myself out for two years, I feel like I’ve been wasting my time.”

Chaos unfolded when Michelle visited a cafe in Southend, Essex, in July 2020 – two months after the Black Lives Matter movement was launched following the death of George Floyd in Minneapolis, US.

Jarvis – who worked as a guard at a branch of budget store B&M after leaving EastEnders – was out celebrating after attending film auditions.

Trouble flared when she and two friends approached the diner where Michelle and her family were sitting.

Michelle says: “Katie shouted “black lives don’t matter, I’m a celebrity – on and on and on. She called me and my daughters black c***s.

“I was so shaken up and angry, frustrated, upset, embarrassed.

“As the court case came up, I was getting panic attacks, feeling stressed, thinking ‘oh my God, I wish that we didn’t have to go through this’.

“I had to leave my work as a college student engagement officer, which I loved.

“Her sentence is a slap on the wrist. I thought she’d get something more than that.”

After the court case, Jarvis insisted she is not racist and issued a statement apologising “to all the people who were present in Southend that day who were rightly offended by my behaviour”.

But Michelle, hits back: “Katie Jarvis claims she isn’t racist but when people are drunk, the truth comes out – and those words came out of her mouth. She made a public apology but not a personal one to me and I was the one that was being abused.

“She should never work again. If she’s lost money, that’s because of her behaviour. If I’d done that I wouldn’t be able to work with young people again, so it should be one rule for all.”

Recalling their clash, Michelle explains how she, her son and two daughters, then aged seven, 18 and 25, had enjoyed a trip to the beach with her friend and godson.

It was the hottest day of the year and they stopped at a restaurant, where the boys sat inside and the four women were given a table outside.

Michelle said Jarvis approached with a male and female friend and attempted to take the chair meant for her younger daughter.

She goes on: “I said, ‘You can’t take that’ and just kept having a conversation. I heard someone say, ‘What are you gonna do about it?’ and I said again that we are using it.

“There’s a commotion. Katie seemed out of it.

“I said, ‘What’s wrong with you? What celebrity are you? Your mouth’s disgusting.’ I didn’t know who she was. She was very animated and angry. She was shouting and phlegm was flying everywhere.”

The women were separated and Michelle says one of Jarvis’s friends flagged down a passing police car.

Michelle claims Jarvis and her pals were reportedly allowed to walk off – and that the police approached her.

She says: “There’s two ways I can look at why they did that.

“That it was because I’m the black one, so [they thought] I must have been the troublemaker, or because the friend said I’d done something.

“It could be one of the two but they came over to me and they let her go. That didn’t make sense to me.”

Michelle claims police took “three hours” to accept she was the victim and take her details – and another four weeks to take her statement. Mum-of-two Jarvis, meanwhile, was in more trouble that evening.

She spat towards a doorman and verbally abused him after being denied entry to the Hope Hotel at around 9.15pm.

Michelle was horrified that footage of her altercation with Jarvis was online within hours after it was recorded by someone on their phone.

It triggered flashbacks of childhood racist bullying in Tooting, South West London, in the 80s.

She says: “The National Front was around and we were the first black people to move on to the estate down our way. They were scratching NF on cars. Boys would be assaulted but you would have to ignore it because you can’t retaliate and you’re young.

“All this brought some of that back.”

Jarvis was charged in January 2021, but Michelle claims she only found out via social media.

“I appreciate that we’ve had Covid and there’s been a backlog of stuff, but some communication would be nice,” she says.

In May last year, Jarvis denied the charges at Basildon crown court.

Waiting for trial made Michelle “more isolated and withdrawn” and in November she stopped working after suffering panic attacks.

“I felt mentally unstable in regards to what was going on,” she says. “My head was just all over the place.”

On the day Jarvis was to stand trial she changed her plea to guilty.

Michelle adds: “I think it was a liberty, she could have just admitted it from the start.”

Jarvis’s lawyer told the court she “drinks very rarely” – and was sorry.

Michelle, meanwhile, has applied to the Criminal Injuries Compensation Scheme and is seeking a counsellor.

The force said: “When officers attended the incident, they spoke with Ms Antonio and took her details.

“Once allegations were made officers began their investigation. At no point was she considered a suspect. Ms Jarvis was arrested later that day.

“Investigations can be lengthy as officers review evidence, take statements and study available CCTV, but we were in contact with Ms Antonio throughout.”

Police said several attempts were made to contact Michelle for a statement and that she was notified when a decision was made to charge Jarvis.

They added: “In all cases, victims are referred to Victim Support and any relevant partner agencies that are aligned to the Essex Police force area.

“Ms Antonio was also supplied the contact details of CPS and witness support ahead of the court case should she wish to make contact.”

'Alcohol is no excuse for vile racist abuse in 2020s Britain'
The vile language used by ­EastEnders actress Katie Jarvis when verbally abusing Michelle Antonio is unacceptable. Being drunk is no…

Zara Roberston, 36, hit her friend over the head multiple times - she pleaded guilty at Manchester Crown Court to…

If you're expecting "The Thorn Birds" with a dinosaur, you'll be disappointed

ABC News
One subscription that gives you access to news from hundreds of sites
'I'll go down for murder for her': Woman brutally attacked pal with meat cleaver - over £20

Zara Robertson has been jailed for almost six years