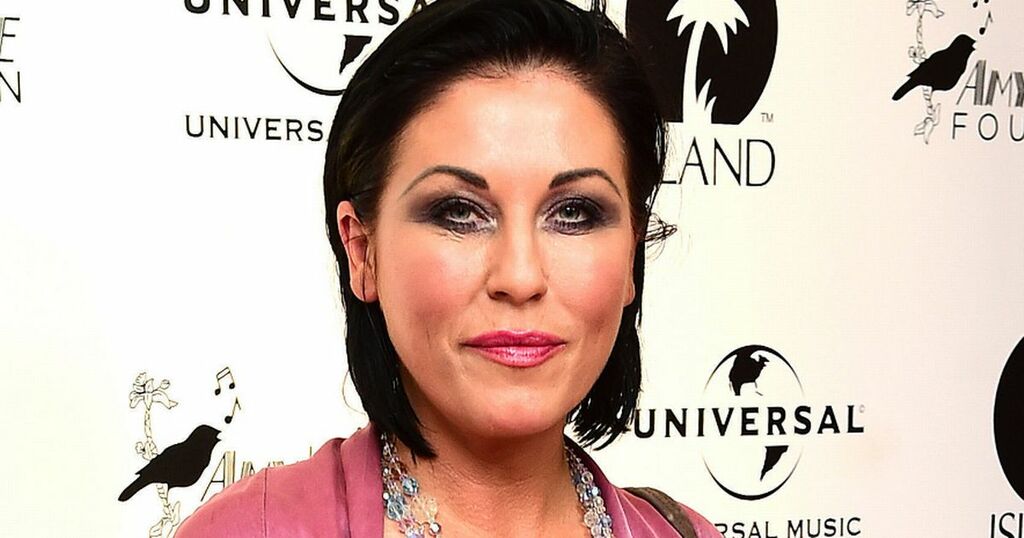 Jessie Wallace's reign on EastEnders as Kat Slater began in 2000, and she has departed and returned for several stints in the role.

She has won three Soap Awards for her portrayal of the soap's animal-print loving star, including Most Popular Actress and Best Actress, but she's also had some rocky times.

The actress was written out of the soap for two months and a report suggested she was disciplined by bosses over her boozing.

According to sources, Jessie admitted she "needed time out", having been part of the show on and off for 20 years.

A source told The Sun that Jessie "seemed drunk" during filming.

The bosses' last straw was when Jessie showed up "making an a**e of herself" as the cast filmed its 35th anniversary episode.

The Daily Star revealed bosses had hauled Jessie into a meeting over an incident during work, and she was suspended for two months.

A friend of Jessie's explained to The Sun : "She knows one more strike and she could be out. Something needs to change.

"It's a well known saying within EastEnders that nobody is bigger than the soap."

A source told the Daily Star Sunday : "Scriptwriters are currently coming up with a storyline to explain Kat’s temporary exit from Walford.

"Bosses were left with no choice but to discipline her.

"During the meeting she was told to sort herself out before returning to work."

But she soon returned and Kat would become embroiled in a storyline no one saw coming - a love affair with Phil Mitchell.

It was not the first time Jessie's partying got her into trouble with BBC bosses.

Back in the 2000s, she was previously suspended from the show over claims she'd used the drug ketamine on a night out.

She was also convicted on a drink-driving charge in 2003, while in 2018 she was sent home from the British Soap Awards for being tipsy.

Jessie has a 16-year-old daughter, Tallulah Lilac Morgan, who she shares with her policeman ex Dave Morgan, and in 2018, Jessie claimed she was the victim of a gang mugging.

She opened up about the incident in response to a Twitter user who had complained that his own daughter had been attacked inside a gated block of "luxury flats".

Jessie said Tallulah, then 14, was mugged in Muswell Hill, writing: "This happened last year in Muswell Hill to my daughter. I call the police at 8pm and they knock on my door at 3am. Nothing was ever resolved."

The actress did not comment on the alleged incident any further when contacted by The Mirror.

After long days filming on the EastEnders set, Jessie returns to a house that's a million miles away from the garish leopard prints Kat Slater favours.

Jessie's home in north London is full of music and film memorabilia, neon signs, retro pieces and individual decor, and she revealed in an Instagram tour that there is a pink theme throughout.

In her bathroom, Jessie has a pink palm print mural in front of a sunken bathtub, and in her living room, she keeps a large display cabinet in a bright fuchsia colour.

The cabinet is covered with fake pink flowers, and inside, Jessie has placed treasured ornaments and lit it with fairy lights.

Outside, Jessie's homage to her idols carries on, as she pays tribute to the Hollywood legend Marilyn Monroe with an Andy-Warhol-style artwork on her garden walls.

On the floor of her kitchen Jessie has made another bold choice, a pink geometric star tile.

Jessie's bedroom is decorated with a pastel pink patterned floral paper, lit by a pair of table lamps with retro fringed lampshades, and her bed is piled high with cushions and a dyed-pink sheepskin rug.

Her garden is a beautiful lush space, even though she's in the heart of the capital city. She has been growing wild garlic, and has told her followers that she'd made wild garlic and potato soup with the produce from her garden.

In spring, the trees and her lawn are covered in blossom, and Jessie is also growing pink jasmine which she says smells "gorgeous".

Jessie has installed a hammock in a shady part of her garden, where she can relax in the hot weather.

She shares her home with her beloved cat Oscar, who recently returned after going missing for a few days, much to Jessie's relief.

Jessie posted an appeal on social media after Oscar disappeared from her North London pad - but thankfully her cheeky four-legged friend found his way back to the TV star’s Muswell Hill home.

She shared a sweet snap of Oscar to her 111,000 Instagram followers, appealing for any sightings of him as she looked to get him returned.

She captioned the picture: "MISSING! In N10 area. This is Oscar he is slightly bigger than this now and hasn’t been home for a few days.

"If any one sees him in this area please let me know. thank you (sic)"

And her army of fans were worried with the star and posted good luck messages as she looked to trace her pet.

But disappearing tabby Oscar made it back safely to his abode, which Jessie announced via an Instagram picture of him with the caption: "Home safe and sound.

Jessie appears to be single at the moment, having broken up with her boyfriend, father-of-five Paul Keepin last December after two years together.

A source told The Sun : "Jessie and Paul recently ended things and have cut contact with each other.

"She is moving on and wants the New Year to be a fresh start when she will focus on work.

"After a quiet Christmas with her daughter and her closest friends, she is knuckling down for 2020."

Max, who plays Ben Mitchell, shared a snap of himself looking dapper in a brown check blazer and double-breasted waistcoat at the National Television Awards two years ago.

He captioned the post: "Been a lifetime since this photo #ntas."

Jessie jokingly commented on the post: "Remember… if you need a m***e to cry on…. I’m yer gal [winking emoji]."

One fan commented: "I am speechless and laughing at the same time xxxx I love the love and banter between eastenders cast it makes me smile."

Another wrote: "@jessie.wallace_official Supportive m***e. I’m defiantly using this as a pick up line. Cheers Jess," alongside a string of laughing emojis.

A third penned: "@jessie.wallace_official hahahaha I choked on my green bean when I saw this."