EastEnders fans have been left puzzled as the soap's characters missed some 'obvious' clues that Ben Mitchell was behind the attack.

Ben mistakenly attacked his own relative Peter Beale, thinking he was homophobic, before realising who he really was and immediately regretting his actions. On tonight's episode of the BBC One soap, investigations begun to try and work out who was behind the attack - with Callum, Ben's husband, involved in the police hunt.

However, viewers tuning into the show were confused why Callum or Kathy couldn't work out that Ben was behind it, as they claimed the pair missed an obvious clue that Ben had been the perpetrator.

"Kathy is so blind - why can't she see that Ben isn't well #EastEnders," one fan penned online.

A second added: "Ben looks f***ing awful #Eastenders," as a third wrote on the social media platform: "So your telling me Callum cannot see Ben literally looks like death warmed up?!?! #EastEnders."

"Open your eyes Callum. Ben was AWOL all day and you know that Ben gets angry work it out #EastEnders," a fourth wrote.

A fifth added: "Does no one notice how awful ben looks #eastenders."

Ben has been confirmed as the unknown person attacking homophobic men in the street, as he struggles with what happened to him in the past as well as the terrifying attack on his ex-partner.

A new storyline will see fan favourite character Ben, played by 27-year-old Max Bowden, to be the victim of a shocking sexual assault.

"Alongside some wonderful charities, and some very inspirational survivors of male sexual assault in the UK, I think we’ve been able to really strive to tell the most truthful account we can, and I hope we can raise awareness and understanding on a topic that is rarely covered," Max shared as he explained the importance of the storyline.

BBC head of continuing drama, Kate Oates, added: "Ben has endured a traumatic time after witnessing a homophobic attack on Callum that brought back painful memories of losing Paul. As a result, Ben lost his way in life… which is when he found Lewis. Ben finds Lewis attractive, and thinks of him as a someone who can understand him in a way Callum does not; but that trust is abused when Lewis crosses a line and rapes Ben. Through this story, we hope to explore issues of consent, sexual identity, masculinity, and sexual assault, focusing on how this fateful night impacts Ben and those who love him over the coming months."

*If you've been the victim of sexual assault, you can access help and resources via www.rapecrisis.org.uk or calling the national telephone helpline on 0808 802 9999. 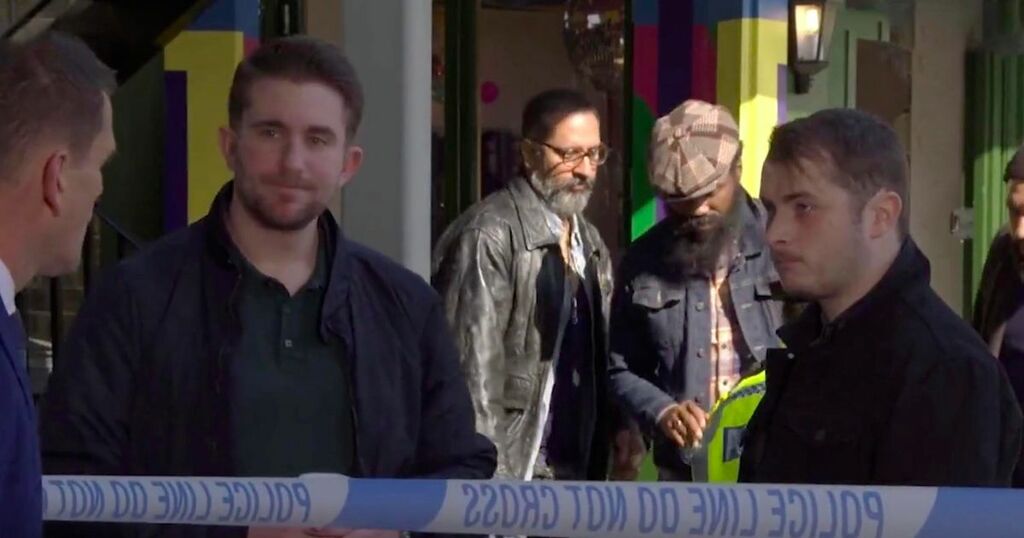