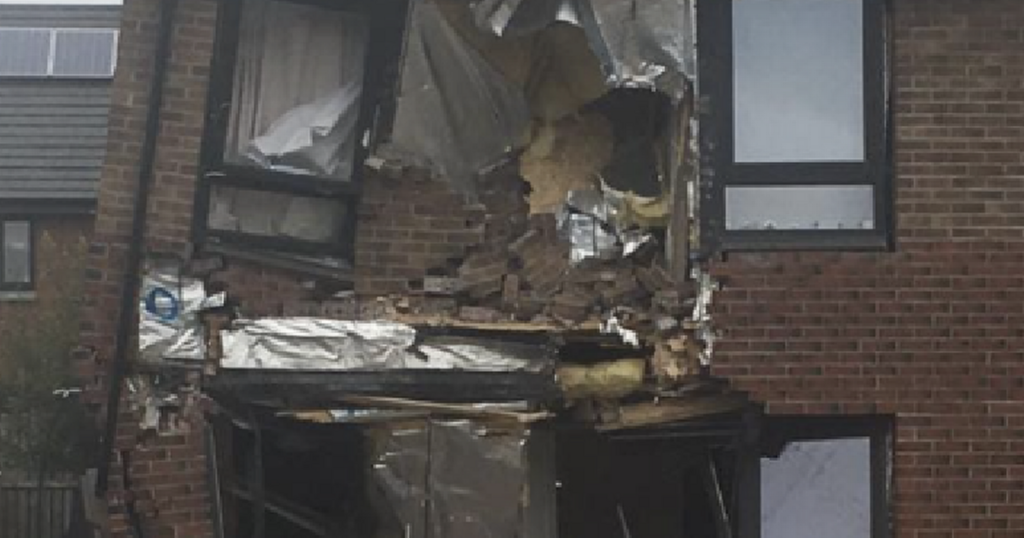 An East Kilbride home has been destroyed after a lorry reportedly drove into it in the middle of the night.

The two-storey home on Lancaster Crescent has been damaged beyond recognition following the incident on Monday.

Police officers have cordoned off the residential street as enquiries are carried out.

Locals reported that a lorry 'rammed into the house three times' before fleeing the scene around 11.40pm.

The property has been left in 'complete chaos' with our reporter saying that it's a miracle it's still standing.

A neighbour told Glasgow Live: "I leapt out of my bed because we heard a massive bang. It’s a cul-de-sac so the noise echoed everywhere.

"I jumped out of the house and then I watched the lorry and I was shouting at my husband saying ‘It’s ramming the house’ and we saw it take off.

"I ran back in and watched the lorry, it just sped past my living room window. I’ve never seen a lorry that big drive so fast. It was going super fast and it was a guy driving it.

"The kids inside had to jump out of the window - they had to, they couldn’t get down. We saw the parents too, it was an absolute scream fest."

An eyewitness added: "The damaged house and three beside it have been taped off - it looks like the house will have to come down.

"There's lots of shrapnel on the stress, broken glass, petrol, and tyre marks where a vehicle has reversed.

"The building has completely buckled, the roof has caved into the bedroom and you can see all the insulation falling through. All the windows are smashed except one and the front door is now in the hallway.

"The house is in a very precarious position, it's a miracle it's still standing."

A spokesperson for Police Scotland said: "An investigation is under way after a lorry was deliberately driven into a house in Lancaster Crescent on Monday 6 September 2021. Police were notified around 11.25pm. No-one was injured in the incident. The building has sustained extensive damage and local residents were evacuated as a precaution. Enquires are ongoing."