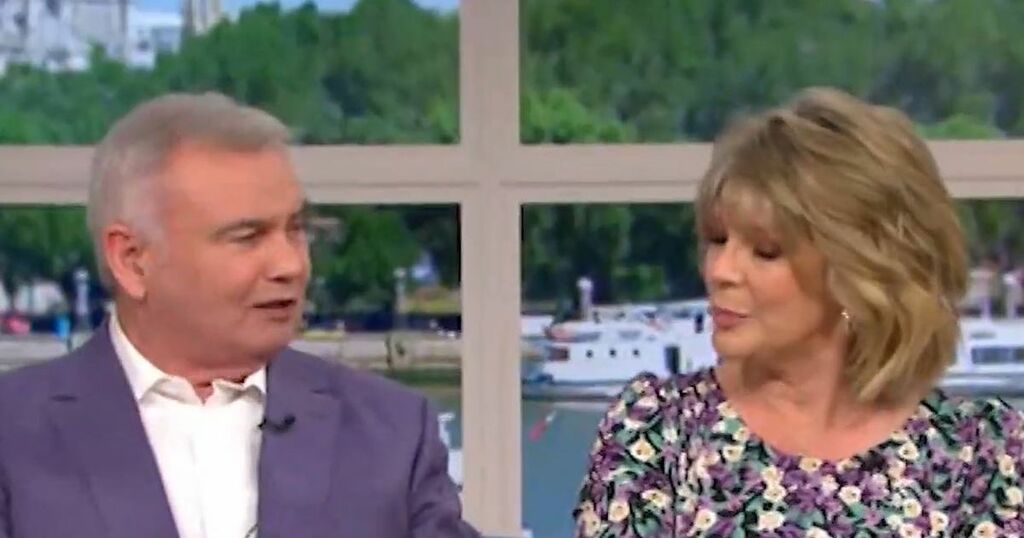 Eamonn Holmes has admitted to having a sleepless night ahead of the Manchester United v Newcastle match on Saturday.

Like many staunch Red Devils fans, Eamonn can not wait to see hero Cristiano Ronaldo back in action for the first time at Old Trafford since his transfer back to United at the end of last month.

Man United fans are hoping that Ronaldo's first game back will be one to remember, while Steve Bruce's men are intent on spoiling the party, despite having a poor start to the season.

On the back of the Callum Wilson injury blow, they are aiming to take something from their trip to the North West and, while the odds are all pointing to a home win, Newcastl e have traditionally fared rather well against United in the past.

It's now been nearly 25 years since the Magpies' famous 5-0 win under the lights at St James', when goals from the likes of Darren Peacock and David Ginola sealed a historic win.

And maybe that's what kept This Morning host Eamonn awake on Friday night. Taking to Twitter, the TV veteran wrote: "Just wondering if @Cristiano is like me ? In bed but Not able to sleep because he's so excited about tomorrow?"

One of his many followers reacted: "If you feed the GOAT, he will score.. but he needs service. That's his job now to sit in the 6-yard box and wait for chances so I don't want people complaining he isn't doing anything else. I worry that CR7 will be doing the "graveyard shift" feeding off scraps meaning frustration."

Eamonn owns a season ticket so will be taking a seat at Old Trafford for the big game another fellow Man United fan and former Celebrity Big Brother star India Willoughby gave him her prediction, responding: "Genuinely think 6-0 +. Noise is going to be unbelievable!"