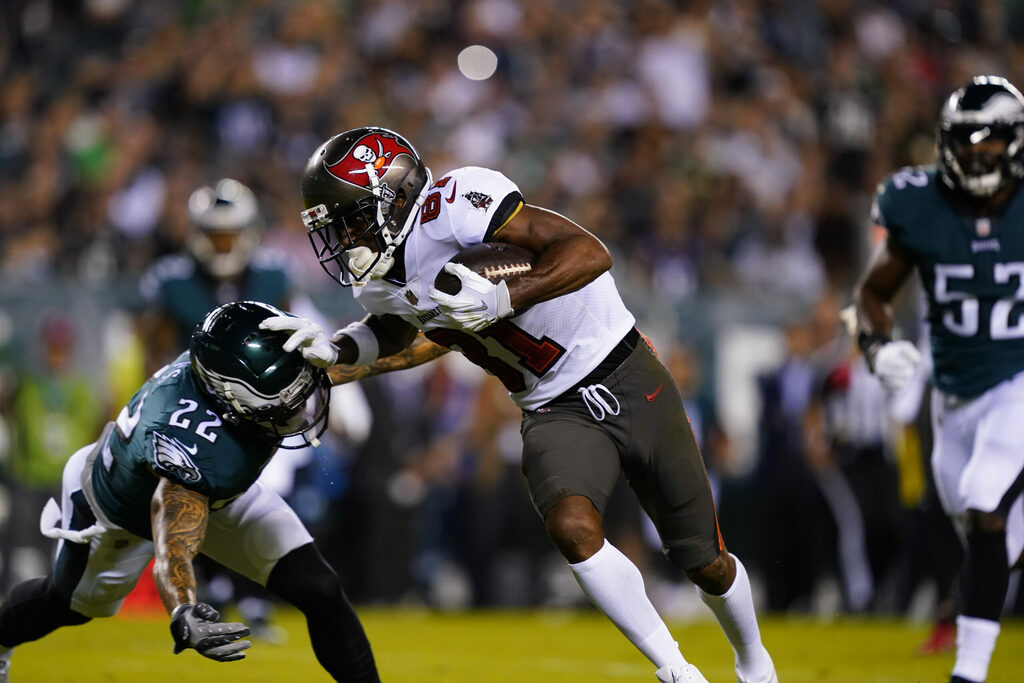 The Eagles obviously came into Thursday night’s matchup with the Patriots concerned with Tom Brady’s ability to beat them with the deep ball. Through the first five games of the season, the 44-year-old Brady had thrown the second-most passes of 20 or more air yards — only Derek Carr of the Raiders had more (35) than Brady’s 32 deep attempts, and he’d completed 12 of those attempts for 339 yards, two touchdowns, one interception, and a passer rating of 85.3. So, while Brady had availed himself of all kinds of deep opportunities, he hadn’t been especially efficient with them.

That didn’t seem to matter to an Eagles defense that gave Brady all the room he needed in the intermediate areas of the field, and Brady responded with a first quarter in which he completed 11 of 12 passes for 121 yards, two touchdowns, no interceptions, and a passer rating of 148.3.

Philadelphia’s cautious approach was most evident on Brady’s 23-yard touchdown pass to Antonio Brown with 33 seconds left in the first quarter. From the end zone angle, you can see everybody in green backing off, giving Brown a free lane to the end zone.

McClellan, the famously hesitant Civil War general, would have approved of this particular strategy. We’re not sure if anybody at Lincoln Financial Field appreciated it. The Eagles seemed to bring their defenders out of the parking lot in the second quarter, which was a wiser idea.