A greedy hospital office worker has escaped prison for fleecing £19,000 from the estate of a porter with no family who made her an executor of his will two days before he died of cancer.

Mother-of-two Kate Connelly, 41, who worked as a clerical officer at Stepping Hill Hospital in Stockport, made a series of cash withdrawals to spend on herself, money that Ken Sutherland had stipulated go to the dementia and oncology wards at the hospital where he had worked as a much-loved porter and which had cared for him in his final days.

But today (Wednesday) debt-ridden Connelly sobbed in court as a judge spared her a jail sentence because of concerns about who would care for her 13-year-old son if she was jailed.

Mr Sutherland regularly worked with Connelly and a cardio physiologist at the hospital, Nadine Angel-Hart, and when he became ill with cancer in November 2018 he made a will, stipulating he split his £166,000 estate between the oncology unit and the dementia ward.

As he had no surviving family, the Stockport County fan made his two work colleagues joint executors on January 18, 2019, two days before he died. A joint Natwest 'legacy account' was set up at the suggestion of Connelly, who already had an account at the same bank, a court was told.

Both executors were issued bank cards to 'manage the funds and to purchase any equipment or items for the two selected wards that would best benefit them and their patients', Sophie Kenny, prosecuting, told Minshull Street Crown Court.

After probate was completed, some £165,945.23 was paid into the account in December 2019 by Mr Sutherland's solicitors and Connelly made the first of a succession of cash withdrawals the following day, the court was told.

The court was told Connelly texted Ms Angel-Hart that she 'had the bailiff at my door - I've still about £1,500 to pay off'. Connelly 'promised to repay the money she had taken and Ms Angel-Hart gave her the benefit of the doubt', said the prosecutor.

But when Ms Angel-Hart checked again in June 2020 she found her colleague was still making cash withdrawals. "She confronted the defendant again, who repeated the account given previously about personal debts. She promised to repay the funds again and said she would 'sort it'," Miss Kenny told the court.

Concerned, Ms Angel-Hart researched alternative options and found that the cash could be paid into a charitable fund on behalf of the hospital's trust, and a cheque for the remaining funds, amounting to £96,752 was paid into the charitable fund.

Ms Angel-Hart 'allowed the defendant some time to return the monies she had fraudulently obtained', said the prosecutor.

In December 2020, another trust official asked the executors for copies of invoices in an email and also for confirmation that the total amount Mr Sutherland had left to the trust was £136,000. The court was told Connelly responded quickly that the figure was correct even though, actually, it was '£30,000 short of the true amount' he had left.

Ms Angel-Hart finally reported Connelly to the trust's chief financial accountant in December 2020 after the defendant had again 'reneged on her promise to repay the funds taken', said the prosecutor. The police were called in and when she was interviewed Connelly admitted fraud, that she had taken £18,860, apologised and said she was 'ashamed', the court was told.

Thomas Worsfold, defending, said the money his client had taken 'wasn't used to fund an extravagant lifestyle' although 'she can't say where it's all gone'. He said she was experiencing 'financial pressures' at the time including one loan she was repaying at a rate of £400-a-month. He also pointed to an 'abusive relationship' with her ex-husband.

The barrister said there were 'deficits' in his client's thinking but he stressed there was a 'realistic prospect of rehabilitation', urging the judge to suspend any prison sentence.

Mr Worsfold said his client's ex had received a community sentence 'for violence against her' and a restraining order had also been imposed. He said Connelly's mental health deteriorated and 'ultimately it became too much for her'. He said she 'was not strong enough to resist the temptation'.

When she took up the post of joint executor, she was given no advice about how to perform the role and matters were 'confused at the start'. He said, if she were jailed, her two sons, one aged 13 and a 19-year-old with autism and ADHD, would have to live with their grandparents, where her ex partner also lives.

The judge, Recorder Neil Usher, described Mr Sutherland's final bequest as a 'wonderful, generous gesture from a dying man designed to continue the help and caring for patients who like him had benefitted from the great work undertaken by Stepping Hill'.

He went on: "He nominated you and your colleague Ms Angel-Hart as executors of his will. He trusted you to ensure his dying wishes were carried out. What you then did was the grossest and most appalling betrayal of that trust imaginable."

As the defendant sobbed in the dock, the judge continued: "I accept you have feel feelings of disgust and feelings of abhorrence at your own actions. I accept your offending took place during an abusive relationship. Your ex partner has been sentenced for assaulting you."

He said he disregarded claims she had made in a probation pre-sentence report that she stole because her ex wanted money for vodka and cigarettes, pointing out she had not mentioned this in her police interview.

But he accepted there was a 'low risk of-re-offending' and that Connelly, who had no previous convictions, was not a risk to the public. Although a prison sentence was 'richly deserved', the judge went on that it was 'undesirable' to force the defendant's youngest to live with his father.

Connelly, of Stanhope Street in Stockport, who admitted fraud by abuse of position, was also handed ten rehabilitation activity days and ordered to carry out 200 hours of unpaid work. No order for compensation was made as the legislation stipulates no such order should be made if there is no realistic prospect of it being paid. Connolly no longer works for the trust.

After the hearing, David Hopewell, non-executive director for Stockport NHS Foundation Trust, and chair of the Trust Charity Committee, said: "Ken was a marvellous and much loved colleague here at Stepping Hill Hospital, and his legacy was a much appreciated and touching gift. We are pleased to see that justice has been done here, and would like to thank all our colleagues and others who have brought this about." 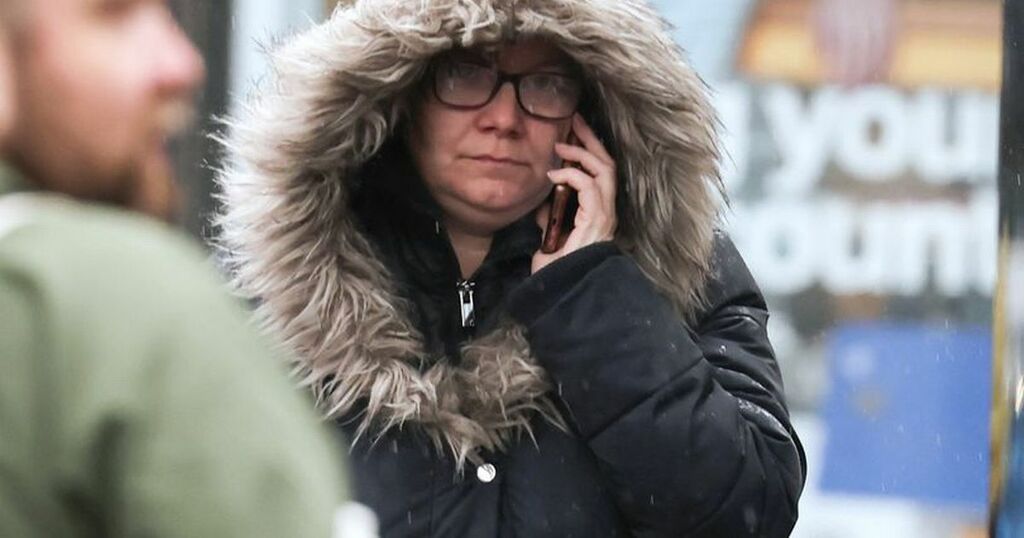 Neil Stewart, from Elswick, defrauded dying and vulnerable care home residents out of almost £20,000 to fund his gambling addiction