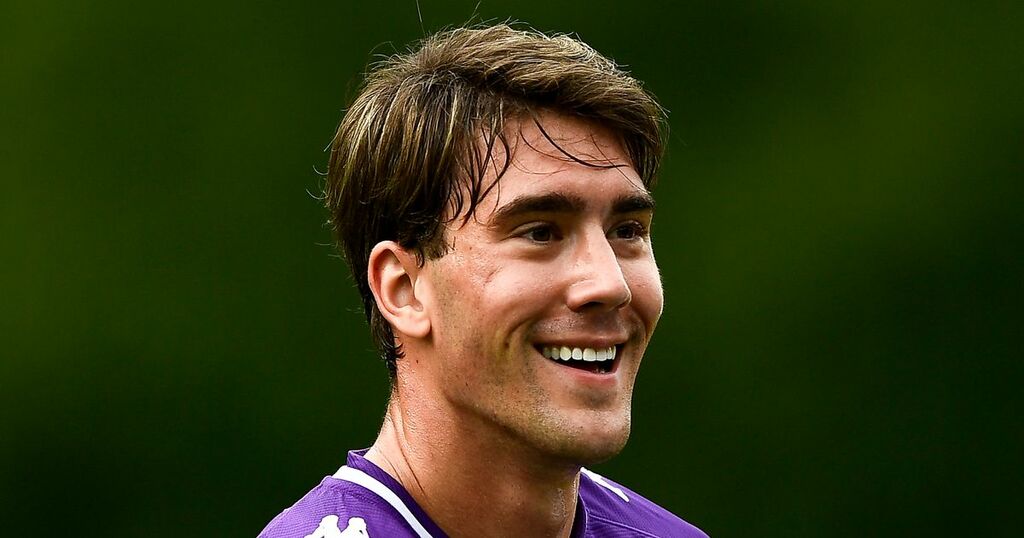 Dusan Vlahovic has identified two clubs in Italy as his preferred destinations in a damaging blow to Arsenal 's hopes of securing the high-profile transfer, according to reports.

The Gunners have made the Fiorentina striker, 21, their priority target and they are willing to pay north of £70million to beat a host of European rivals to his signature.

Mikel Arteta is fully aware he needs a new No.9 to lead the line for years to come as Alexandre Lacazette is out of contract this summer and the exiled Pierre-Emerick Aubameyang is nearing an exit.

Vlahovic's form this season has been too good to ignore with the Serbia international scoring an astonishing 18 goals in 22 appearances in all competitions.

Those numbers suggest he would be a hit in the Premier League, but the in-demand youngster would favour a switch to Fiorentina's Serie A rivals.

Join the debate! How much should Arsenal offer Fiorentina for Dusan Vlahovic? Have your say here.

That is according to football.london , which claims Vlahovic has told his close friends he would like to join Inter Milan or Juventus when he decides to leave the Tuscan club.

Giving Arsenal further cause for concern, the player remains linked with their bitter rivals, Tottenham, and there is even speculation he could join Spurs this summer.

The report adds Tottenham managing director Fabio Paratici has a close bond with Vlahovic's representatives, which could give Antonio Conte's side the edge in the competitive transfer chase.

That being said, Vlahovic's preference to remain in Serie A suggests he has unfinished business in Italy three-and-a-half years on from his debut for La Viola.

He was crowned the league's best young player last season after scoring 21 goals in 37 games and established himself as a regular in the senior Serbia set-up.

But he is yet to win a trophy since departing Partizan Belgrade - where he won three major honours - whereas he would have a brilliant shot at silverware by joining defending Serie A champions Inter or Juve.

Arsenal must convince Vlahovic and his agents they can give him the platform to develop and fulfil his ambitions, while money is not believed to be an obstacle.

Indeed, the north Londoners are willing to pay a total of £150million when the transfer sum, wages and other fees are taken into account.

Arsenal's need to sign a striker could grow more severe in the January window as Eddie Nketiah is pushing for an Emirates exit with less than six months remaining on his deal.

Crystal Palace are said to be leading the race for the 24-year-old, while Folarin Balogun is also on the verge of completing a loan move to Championship side Middlesbrough.