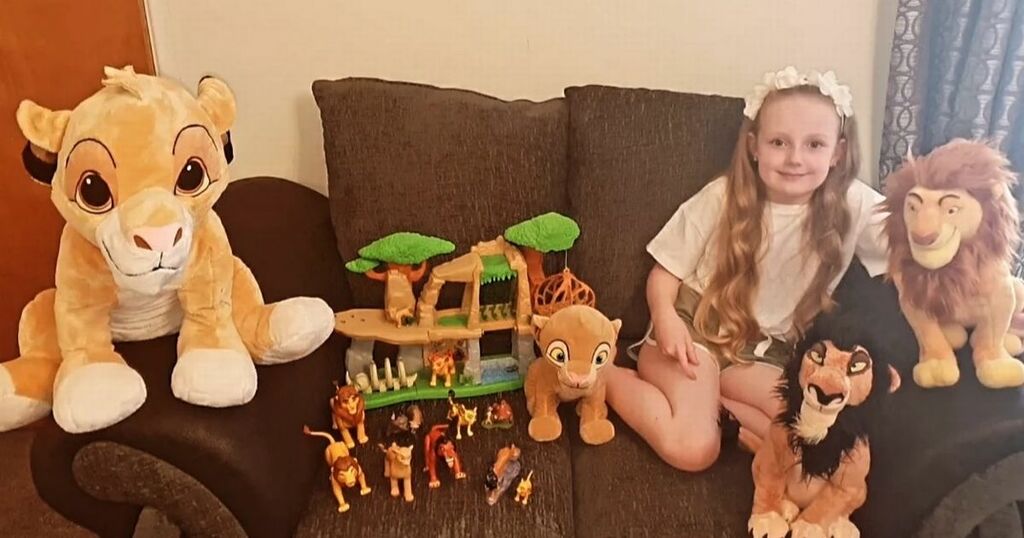 An eight-year-old girl from West Belfast has went viral after recreating one of the scenes from the Lion King on Youtube.

Autumn McCarthy is a young video maker and Youtuber from Dunmurray on the outskirts of West Belfast who absolutely adores the Disney classic and decided one day she would make her own little version of it at home.

Using her Mufasa, Scar and Simba stuffed toys and the vocals from the animated film, she created her own version of the iconic scene where Scar kills Mofasa in front of his son.

Since posting the video on her Youtube channel in April, it has now been viewed over 692,000 times online with many of the viewers praising Autumn's video and asking for her to create even more of them.

Her mum Laura Williamson said: "Autumn has been telling everyone that she has gone viral, she couldn't believe it when she got half a million views.

"She has loved the Lion King for a long time ever since she was very little and has also been asking me if she could set up a Youtube channel, but I had always said no as she was too young.

"Then one day she came up with the idea of recreating that scene, which she loves even though it is very sad, and she asked me to film her while she got all the sound ready and acted it out with her toys.

"She loves making videos, particularly if they are to do with animals, and she has really got into editing them and putting them all together, she would love to be a filmmaker or a Youtuber. Since then she has gone on to do even more and she just loves it and I am very proud to see her doing so well at it."

Autumn said: "The Lion King is my favourite movie and I wanted to make my own film with a scene from it because I really enjoy making them.

"There have been other people asking me if I would make more scenes from it but I don't really have all the characters yet so I will when I do.

"It is just really good fun making my videos and I am glad so many people have enjoyed them too!"