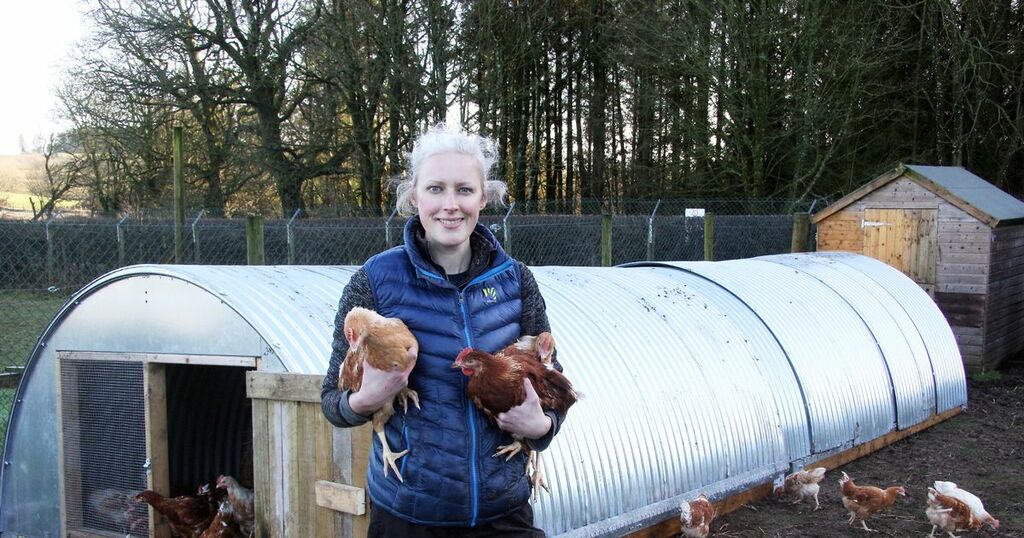 Nearly 90 chickens have been given a new lease of life in the Stewartry.

Alexis Fleming discovered on Friday that cockerels at an egg farm were due to be killed following a mix-up.

So she took to social media to rally the troops and provide a new home for the birds at the Maggie Fleming Animal Hospice near Dundrennan.

Thousands of pounds in donations flooded in and over the weekend an army of helpers assembled pig arks to house them.

On Sunday Alexis headed to Lancashire to bring the cockerels home, taking the number of animals at her hospice to more than 250.

She said: “I got a call to see these boys had been mis-sexed at the factory before they go to the egg laying place.

“Someone there tries to save as many as he can.

“A lot had been killed last week, which I was gutted to miss out on, but I got a call to say there were 35 left.

“I couldn’t leave them behind - it is so rare for any males to survive the egg industry so I had to pull out all the stops.

“It was amazing. Folk were coming out to build pig arks in the rain and mud and others have been donating and buying stuff for them. It’s a typical community response.

“It was an absolutely brilliant chance to save them and I can’t believe we pulled it out.”

Over the weekend, 12 people helped set up the pig arks to provide temporary homes for the birds until the avian flu pandemic eases.

And thousands of pounds worth of donations flooded in from around the world to help cover the £15 a day cost of feeding the birds.

Alexis is also planning to install some acoustic fencing to protect her neighbours from the noise – and she’s also had some support from a famous face.

She said: “The pigs needed new arks but I couldn’t afford them as money is bleeding out.

“I had an email from Highland Park, who work with David Coulthard, and as a thank you to the local community each year they give money to charity.

“However, with bird flu the birds have to be locked down.

“I didn’t want to spend more money on things that aren’t going to be permanent so I thought we could use the pig arks, although I hadn’t put them up.

“If I didn’t have them there’s no way I could have done it so it’s thanks to that initial donation from them that this has been possible.”