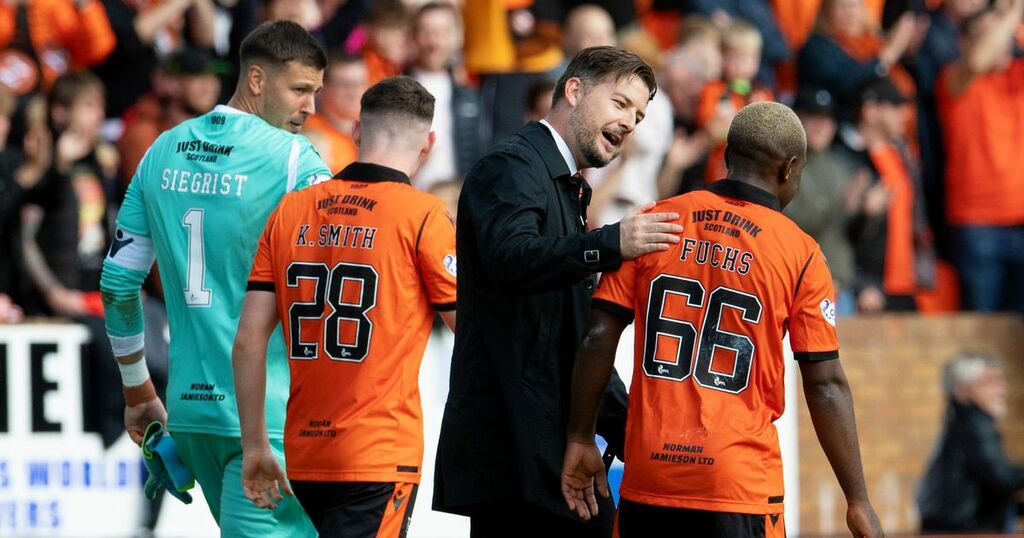 Dundee United have confirmed they have completed their investigation into alleged racist abuse towards Jeando Fuchs.

And they say they have passed their findings onto Police Scotland in hope of finding the people responsible.

Midfielder Fuchs said he heard a racist shout from someone in the way end as he and his United team-mates celebrated their opening goal against Ross County.

He told manager Tam Courts, who responded by displaying a 'Show Racism the Red Card' T-shirt to the away end at Tannadice after the game.

That was criticised by County who felt Courts was "endangering" the away fans - but the manager's stance was otherwise widely praised by the football community and beyond.

United soon confirmed an investigation into the incident which they now say has been concluded.

A United statement reads: "Dundee United have completed a rigorous and full investigation into the allegation of racial abuse towards Jeando Fuchs and also attempted to identify the person(s) responsible.

"Our findings have been passed onto the SPFL and Police Scotland and we await any further update. We would like to thank supporters of both clubs who came forward voluntarily to provide valuable and significant detailed information about the incident. We also thank the match officials for their professional and compassionate handling of the incident.

"Jeando was visibly upset by what he heard and has been fully supported by the club throughout the process. He would like to express his gratitude to everyone who has shown support to him and his family.

"We find racism and all forms of discriminatory behaviour towards players, staff, officials and/or spectators completely unacceptable and in any instance when one of our players feels the need to approach the bench and/or the officials to complain about racial comments, we will investigate fully.

"Dundee United will continue to stand up against racist behaviour and will use our privileged position as a leading community club to spread the message that football is for all.

"Whether by taking the knee, education through diversity training, supporting the month of action by SRTRC or by simply raising a ‘Show Racism the Red Card’ t-shirt, we will do what we think is right to raise awareness that racism is simply not acceptable."