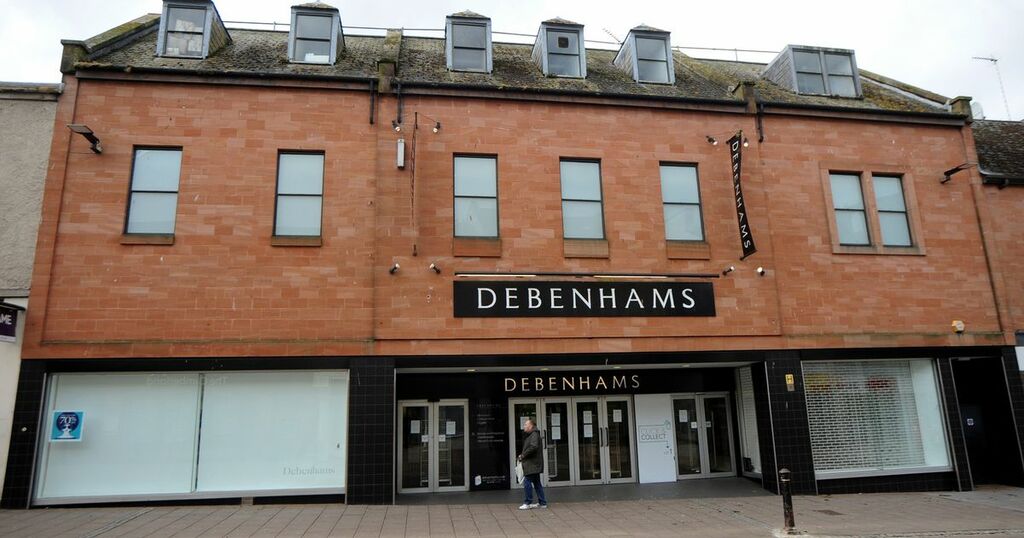 Midsteeple Quarter’s Scott Mackay insists the former Debenhams store on Dumfries’ High Street is not on their current list of buildings to transform.

But the executive director of the community-led initiative aiming to breathe new life into the town centre, said they could be the “catalyst” for a new future for the former department store which closed during the pandemic – which has also taken a heavy toll on many of more Dumfries stores as it also lost shoe retailer Clarks, Debenhams, and Arcadia Group’s Burtons and Dorothy Perkins.

He appeared on the BBC’s breakfast programme recently for a story about the effect of Covid-19 on high street department stores across the UK.

During the short interview in the privately-owned large building which housed Debenhams, he said: “There has not been a lot of interest in it, unfortunately, so far.”

Asked if the building has potential, Mr Mackay said: “If we had the funding – absolutely, we could take on a building like this. I think it would make a great boutique cinema with maybe a food court on the ground floor. The upper floor potentially for residential.”

However, Mr Mackay told the Standard afterwards: “The former Debenhams store is not on our priority list. We have a number of buildings bought through grants and public fundraising around the Midsteeple Quarter which we are concentrating on.

“We are not actively looking to take on the Debenhams building too.

“However, Dumfries and Galloway Council and others are also working to breathe new life into the Dumfries High Street and we would be happy to work with them – if we are asked – and help in any way as, maybe, a facilitator.

“Since the TV interview I have received a call from a boutique cinema owner who is interested in coming to Dumfries. I am happy to pass this on and work with them.”

Five properties have been purchased by the community benefit society with a significant part of the High Street near the Midsteeple now held in common ownership by local people.

Work is under way to bring them back to life with a range of commercial, retail, leisure and community uses.

Future plans are to also purchase 121 High Street and to create 60 homes and 50 commercial spaces in a new “neighbourhood”.