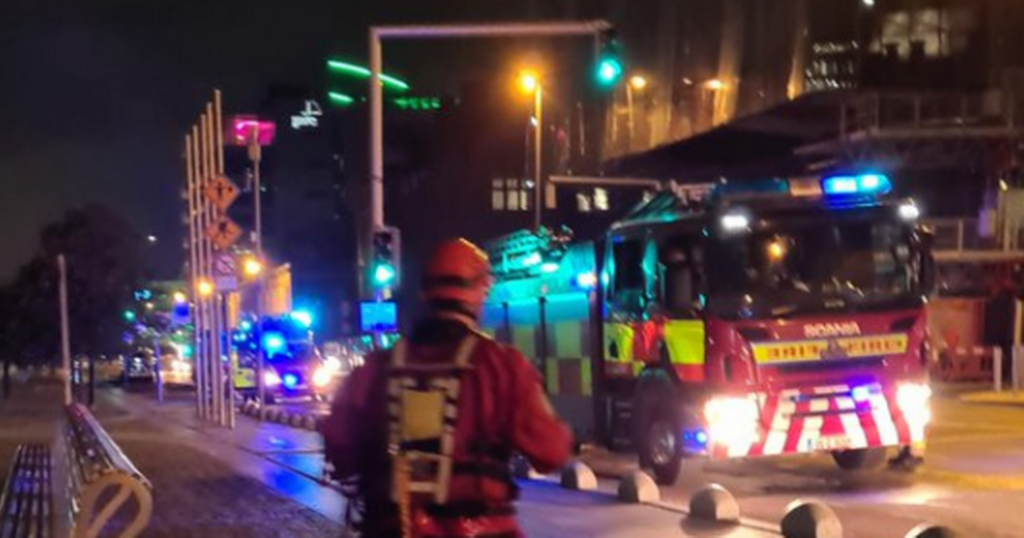 Dublin Fire Brigade were called into action for a crucial operation on Tuesday night as a person was rescued having entered the River Liffey.

Units were deployed to North Wall Quay near the Dublin docklands overnight from Tuesday night to Wednesday morning.

It came after a call was put in, with water rescue trained firefighters entering the river to keep the person afloat and alive.

Subsequently a rescue boat arrived to transport the person to safety.

DFB say that they are expected to make a full recovery from the incident.

A spokesperson said: "Overnight, water rescue trained Firefighters rescued a person from the River Liffey at North Wall Quay. Firefighters entered the water and kept the person afloat until our rescue boat arrived and removed the them to safety. The person is expected to make a recovery."

Earlier this year, the Brigade were hailed on Twitter for their efforts in saving an adorable fawn that got trapped in a pond.

In a video posted to their official account, a group of rescue men is seen working together to free the young deer at the Old Conna Golf Club in Bray, Co Dublin.

According to the post, the fawn was trapped in an area with heavy growth along the banks of the pond, and it took the efforts of two Swiftwater rescue technicians to successfully free the animal unharmed.