Having qualified on pole position for the first time in the DTM’s GT3 era, Team Rosberg’s Muller was virtually unchallenged in Sunday’s 33 lap contest in Portugal, beating Fraga to victory by over three seconds.

The Swiss driver made a clean start from pole and was already a second up the road by lap 3, as Fraga moved past the Grasser Racing Lamborghini of Mirko Bortolotti to grab second.

Fraga was the first frontrunner to head to the pitlane, switching to a fresh set of tyres as soon as the pit window opened at the end of lap 6.

Muller dived into the pits a lap later to cover the Brazilian racer and duly rejoined the track with an increased lead of two seconds, with Bortolotti remaining behind the duo in third after his own pitstop on lap 8.

Fraga tried to put the pressure on Muller with the fastest lap of the race on the next tour, but the Team Rosberg driver was never really threatened as he cruised to a comfortable win with an extended margin of 3.4s.

It marked Muller’s first race win in the DTM since the 2020 season finale at Hockenheim, as well as the first for Team Rosberg since it propelled Rene Rast to a third title the same year as a full-factory squad.

Bortolotti couldn’t challenge either Muller or Fraga with 5kg of ballast on his Lamborghini, having previously led much of Saturday’s race until a technical issue struck him at the restart, but the third-place finish means he leaves Portimao as the championship leader.

Walkenhorst BMW driver Marco Wittmann rebounded from a DNF on Saturday to finish fourth in the second race of the weekend, passing the Winward Mercedes of Maximilian Gotz into Turn 1 at the start of lap 16.

Gotz had risen from 10th to fifth on the opening lap and gained a further position over the struggling Lucas Auer after his pitstop, but couldn’t continue his charge in the second half of the race, ending up fifth ahead of the top Abt Audi of Kelvin van der Linde.

Rene Rast’s search for first points on his DTM return continued as he struggled to 12th place in the third of the three Abt Audis, having retired from Saturday’s opening race due to contact at the restart.

WRC legend Sebastien Loeb rounded off his maiden weekend in the DTM in 18th after pitting as late as lap 22 of 33, gaining one place towards the end on fresh tyres.

Saturday race winner Auer was running in a net fifth position early in the race, but dropped down the order shortly after his mandatory stop. He was forced to peel back into the pits shortly afterwards, suggesting his tyres may not have been fitted properly the first time. The Austrian driver managed to stay on the lead lap but crossed the line in 22nd place. 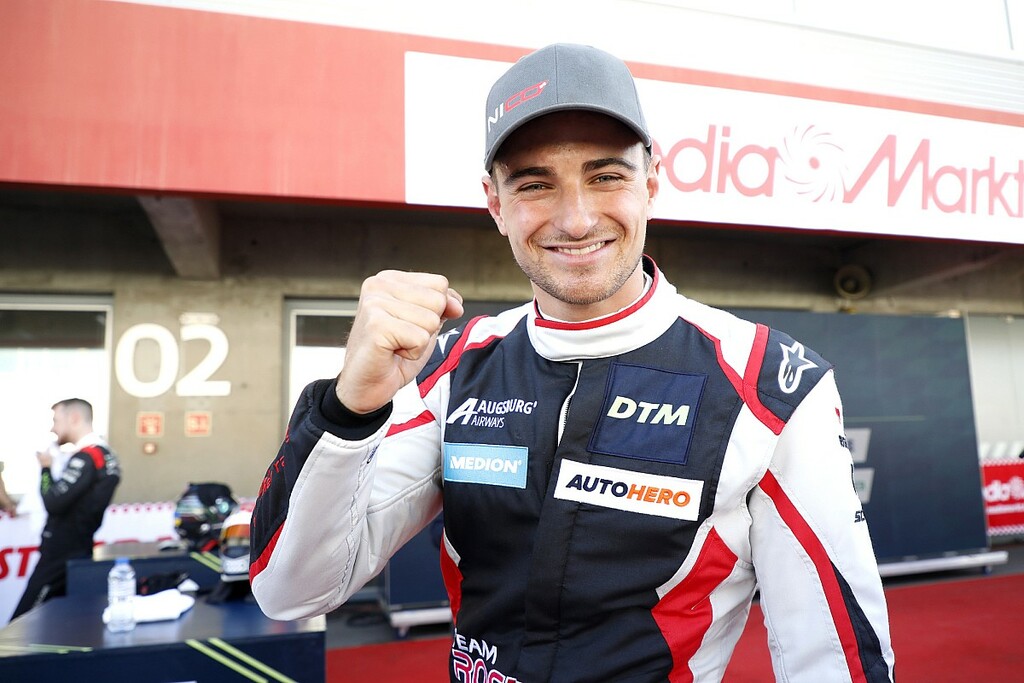 Mercedes driver Lucas Auer claimed victory in a dramatic opening race of the 2022 season at Portimao, taking advantage of…