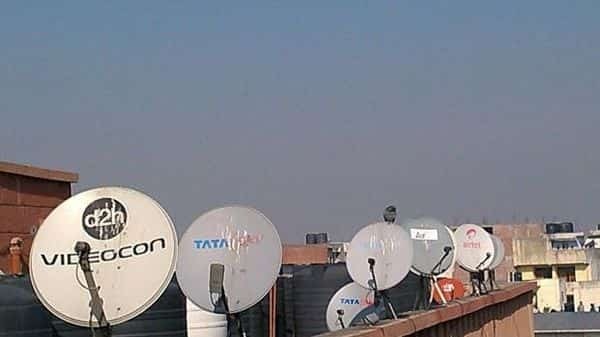 NEW DELHI : Direct-to-home (DTH) companies are miffed with television broadcasters who are offering pay channels for free on DD Free Dish, the television service provider owned by state broadcaster Doordarshan. Channels such as Star Utsav, Colors Rishtey, Zee Anmol, Sony Pal, Big Magic Ganga, Filamchi Bhojpuri and Zee Punjabi, among others, that can cost customers anything between ₹1- ₹5 on a paid DTH service, are offered free on DD Free Dish. The state-owned service has 40 million subscribers, according to a Crisil research, proof of its wide reach and explaining concerns of private distribution platforms.

“Our customers have been complaining (that they have been paying for something that is available for free on another platform). We started these conversations a year ago when we first noticed it was happening and even wrote to Trai (Telecom Regulatory Authority of India). But we’ve received no response from either broadcasters or the regulatory authority," Harit Nagpal, managing director and chief executive officer, Tata Sky said. If DTH players do not hear back even now, Nagpal said they would go ahead with legal action that they have been contemplating all this while, he added.

All DTH players, including Tata Sky, Dish TV and Airtel TV, were seeing their business suffer due to the free offerings, Nagpal said. However, the other two companies did not respond to Mint’s queries on the issue. Broadcasters such as Zee Entertainment Enterprises Ltd, Viacom18 Media Pvt. Ltd, Star Network and IN10 Media that own these channels as well as Trai, did not respond either.

Akshay Sachthey, principal associate at legal firm Phoenix Legal said the new tariff order (NTO) brough out by Trai requires broadcasters to declare channels either as free-to-air or pay channels and prescribe MRPs for pay channels. The MRP declared for a pay channel has to be uniform across all distribution platforms. On this basis, a differential pricing for any one DPO seems inconsistent with regulations.

“Having said that, in respect of DD Free Dish, there has been a debate for some time now and it seems that Trai is aware of the issue. Trai’s own website has FAQs on broadcasting and cable TV services, which include a question on why pay channels are shown as free on DD Free Dish. In response, Trai has asserted that the nature of a channel has to be same on all addressable platforms and that it is seized of the matter and is in correspondence with the concerned persons," Sachthey said.

“While the basis for DD Free Dish's differential treatment is not clear, some reports suggest that a view is being taken that DD Free Dish is not covered by NTO, since it has unencrypted transmissions and is therefore not an 'addressable system' to which NTO applies," he added.

Sachthey pointed out that if NTO applies, then a possible contention could be that DD Free Dish, as a distributor, is permitted under the regulations to price pay channels at any price (even a zero price) so long as it does not exceed the channel's MRP prescribed by broadcasters. However, broadcasters are not permitted to provide discounts to distributors beyond certain limits or caps, as specified in Trai's interconnection regulations.

“Under NTO, Trai has the power to issue orders or directions or intervene for the purposes of securing compliance of NTO's terms or facilitating competition or promoting efficiency in broadcasting operations. If DPOs are aggrieved by Trai's response, then the option of a writ petition before the high court can be explored," Sachthey added.