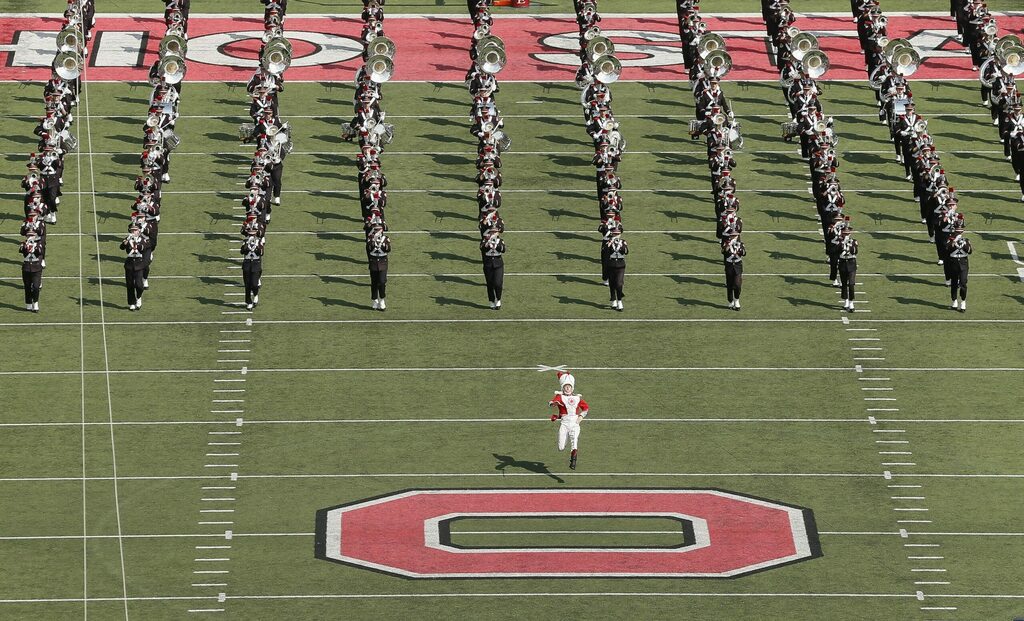 Ohio State lost at home for the first time since 2017. The Buckeyes and their fans on Saturday probably should have taken their drum major’s entrance as a hint it wasn’t going to be their day.

The Ohio State band is premier and the drum major is a huge part of it. Adam Bowman came sprinting onto the field before the huge game with Oregon and went sprawling.

Bounced right back up. Tougher than me. I'd be headed to the IR. https://t.co/oaylt7kHSt

An update on the condition of Bowman from the Columbus Dispatch:

When he got to field level, though, gravity and momentum sent the second-year accounting major from Hebron, Ohio, sprawling. Bowman quickly popped back up, though, and pregame resumed without further incident.

The #Buckeyes drum major, Austin Bowman, has some scraped hands but bounced back without incident and, I'm told, is in great spirits about today's viral clip:https://t.co/Y5W3rR2bZo