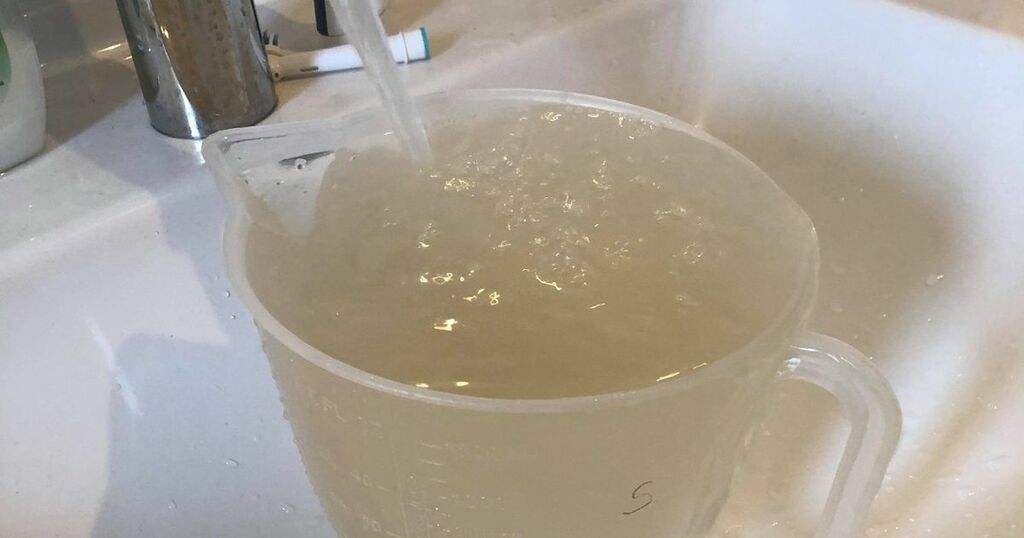 At that time, the firm said the problem was linked to "seasonal naturally occurring manganese levels" within the Daer Water Treatment Works in Elvanfoot, Biggar, that serves Lanarkshire. A burst pipe in the Low Waters Road area of Hamilton also caused discolouration in the network for some customers, as did a similar incident in Airdrie.

However, now the company say the problem is a result of low reservoir levels.

Hundreds of people have taken to social media in recent weeks to post their concerns and photographs of the unappealing brown tinged water, which Scottish Water claim is safe to use and drink as normal.

Others have shown pictures of a thick grit that lines the bottom of sinks and baths in homes across the county after running the water.

So much concern has been raised across the region that a new Lanarkshire Water Group Facebook page was recently set up and already has hundreds of followers.

Hamilton South SNP councillor Josh Wilson also says he has been inundated with complaints from his constituents and is seeking a meeting to discuss his concerns with the water firm.

He told Lanarkshire Live: "I have been contacted by several constituents regarding discoloured water across the area I represent.

"Whilst it is safe to use, many people are understandably alarmed by the change.

“Scottish Water advise that the situation is improving which is welcome. However I’ll continue to work with them to ensure bottled water is available and contingencies are put in place for future."

The national supplier says it has now implemented a number of actions to tackle the issue.

A spokesperson for Scottish Water said: “While the water supply has returned to normal for the vast majority of affected customers in parts of Lanarkshire, a small number are still experiencing some discoloration of their water supply. We are, however, encouraged that the number of customers still experiencing issues continues to reduce significantly.

"The root cause of this issue is reservoir levels being at their lowest for about 160 years due to very dry weather. While we have implemented a number of actions to tackle the issue, there is a need for some significant rainfall to allow the situation to be fully resolved.

"We are monitoring the water supply closely and continue with rigorous sampling and testing programmes. While the water might not look normal yet, it can be used for drinking, cooking, bathing and showering.

"We are continuing to liaise with the Drinking Water Quality Regulator (DWQR) and NHS Lanarkshire and the Consultant in Public Health Medicine at NHS Lanarkshire has confirmed they are satisfied the water is safe to use.

"We are engaging with all affected customers who contact us and making an assessment of what help is required by them at that time. We apologise for the inconvenience and thank those customers still affected for their patience and understanding."