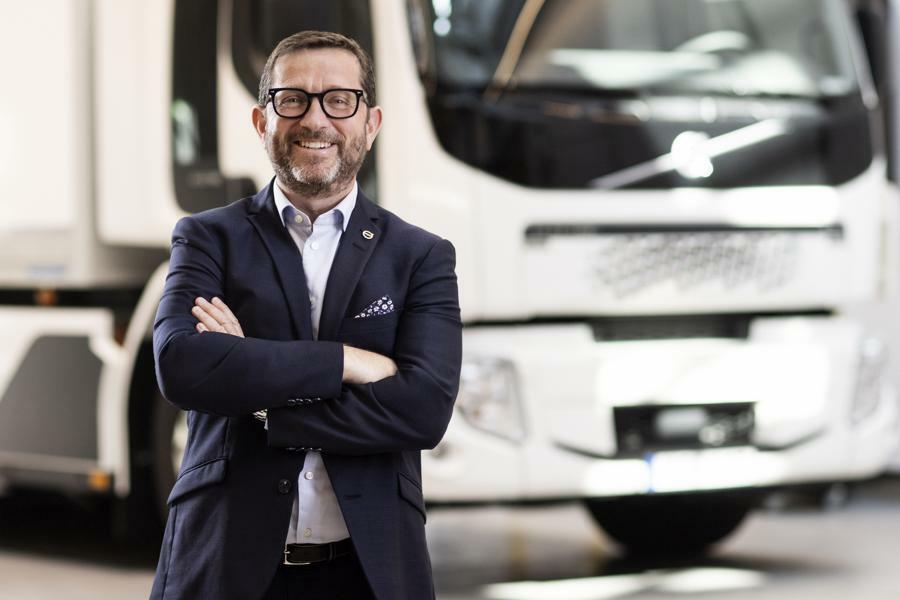 Stephanie Ricci contributed to this story.

Today’s ecological crisis is in need of pressing climate action beyond the green rhetoric. When it comes to transportation, the president of Volvo Energy, Joachim Rosenberg, believes that the transition towards clean mobility should be a collective, societal priority.

“Climate change is real, and it's probably the greatest challenge of our time,” said Rosenberg, who also functions as executive vice-president of the Volvo Group.

Society as we know it relies on transportation, a sector that is bound to keep increasing while the global demand for sustainable solutions is also sharply rising, according to Rosenberg.

“Transport is the lifeblood of society,” said Rosenberg. “But it has to be much more safe, much more productive and much more sustainable than before. We try to embrace change to stay ahead because that is what is needed today.”

The Volvo Group is one of the world’s leading manufacturers of trucks, buses, construction equipment and marine and industrial engines. It divested Volvo Cars in 1999 and engages fully since then in the commercial side of the vehicle business.

After joining the group in 2005, Rosenberg spent the better part of his first ten years in various commercial functions and ended up as CSO in 2015 and executive chairman of one of the group’s truck units in 2016 before becoming the inaugural president of Volvo Energy. This new business area, created in early 2021, aims to accelerate the group’s electrification amongst others by providing charging solutions and carrying the group’s responsibility for hydrogen infrastructure solutions for fuel cell electric vehicles. Moreover, the unit is also responsible for developing new profit pools linked to the batteries’ second life, which in turn improves sustainability and circularity.

Rosenberg explains that the climate issue has been on the company’s radar for a long time. When it was first founded in 1927 in Gothenburg in Sweden, the firm’s two core values were safety and quality. Environmental care was added as its third core value in 1972 — “way ahead of our times,” told Rosenberg.

The Volvo Group has announced its ambition that 100% of the products sold by 2040 to be fossil-free, in order to be completely carbon-neutral by 2050, given the 10-year product life cycle length, which is needed to meet the Paris Agreement.

The group offers an array of electric vehicles and machines, such as the recently launched Volvo BZL Electric, an electric bus for international markets that is over 90 percent recyclable. Other vehicles range from regional transportation trucks and waste trucks to compact excavators and loaders, while additional fully electrical vehicles and services are set to hit the road soon, such as heavy-duty trucks for long haul transportation.

“We are very ambitious when it comes to following the commitments in the Paris Agreement,” said Rosenberg. “We are following the Science Based Targets initiative, and aiming for the maximum 1.5-degree increase. As we’ve seen in the recent IPCC report, we're already up over one degree on the planet compared to pre-industrial times, so additional actions are urgently needed from us all.”

The president describes Volvo Group’s and Volvo Energy’s green strategy as embracing a holistic view— a necessary method to have relevant impact, explains Rosenberg. The company’s first consideration reflects what and how it acquires its resources, while the second is concerned with its operations. The third has then to do with the services and products’ environmental impact once they are in the customer’s hands.

“We're taking this extremely seriously,” he adds. “Sustainability is our core business and that's why we're making all these investments in not only the products that we manufacture, but the input in terms of energy and supplies that we use and how we conduct our operations.”

However, it takes more than one industry player to have lasting effects. Rosenberg states that partnerships within and across sectors, from governments to regulators, is the key factor to drive real change.

During the Conference of Montreal, an annual economic event by the International Economic Forum of the Americas (IEFA), Rosenberg, alongside world leaders across both public and private sectors, exchanged and underlined key issues towards greening the global economy.

“Partnership is the new leadership, and we all need to be more and more effective in our ecosystem,” said Rosenberg. “We're all part of that circularity together. Be certain that we will do our piece, and we will take the responsibility surrounding our products.”

When it comes to recycling, the manufacturer is planning to give pre-owned electric batteries a second life to contribute to the creation of a circular economy and a fossil-free society.

“When the battery leaves the vehicle, we will either repurpose or recycle it,” he said. “We want to and will take that on. This is a once-in-a-century opportunity to move from a brown or diesel-based platform to a green platform. And we will do our part for sure.”

As the father of four children, Rosenberg shares that driving the transformation towards fulfilling their sustainability goals has become a personal mission.

“At the end of the day, it's for the next generation and the generations to come,” he adds. “It's so important for our children, our grandchildren and indeed the planet as a whole that hopefully, we can all be on the same bus on this one” ended Rosenberg with a smile.