Firefighters were kept busy Wednesday afternoon as reports of two vehicle fires within minutes of each other closed major roads at Tarro and Morisset.

NSW Fire and Rescue crews from East Maitland and Tarro were called to a burning motor home on the New England Highway near Quarter Sessions Road at Tarro around 12.46pm.

The road was closed as firefighters battled the dramatic blaze that engulfed and completely destroyed the vehicle.

A woman and dog, the sole occupants of the vehicle, managed to escape the van uninjured before emergency crews arrived, a spokesperson for NSW Fire and Rescue said.

The NSW Transport Management Centre monitored heavy traffic in the area until the road was re-opened around 2pm.

Meanwhile, to the south, southbound lanes of the Pacific Motorway at Mandalong Road were closed after a steel truck caught fire around 12.50pm.

Firefighters, with assistance from HAZMAT crews and the Rural Fire Service, donned breathing apparatus to battle the fire and remove fuel from the truck's tanks, the NSW Fire and Rescue spokesperson said, while monitoring run-off to ensure there was no contamination of surrounding waterways.

The fire, which briefly caught onto grass in the nearby median strip, was quickly extinguished and the truck was towed from the scene around 4.30pm, but traffic remained heavy in the area. There were no reports of injury. 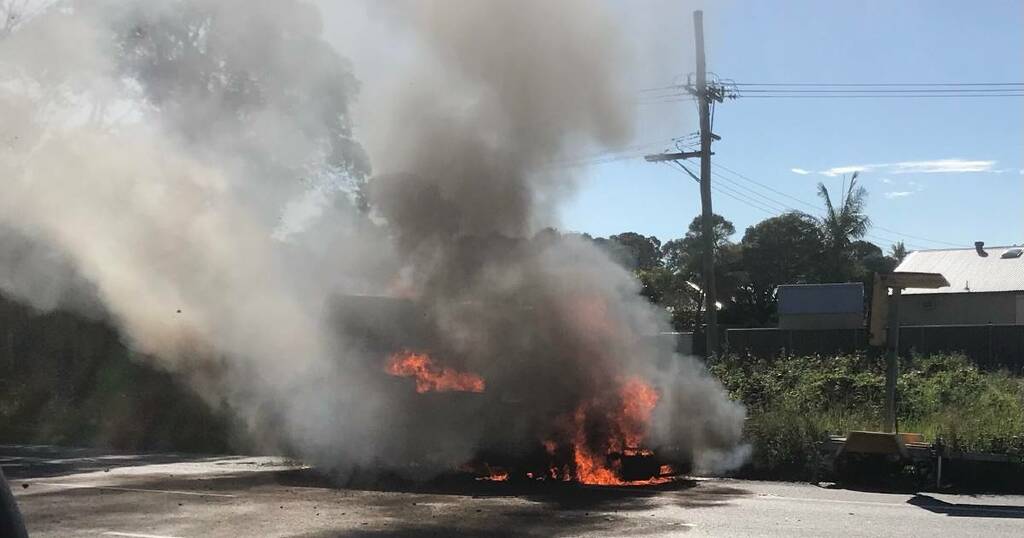 At their worst queues stretched from Junction 44 to Junction 48