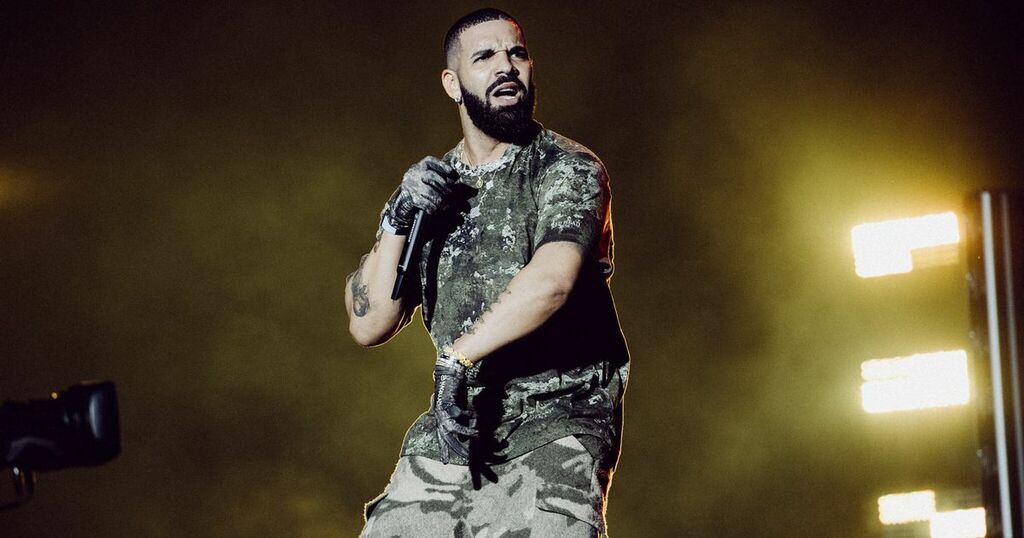 Wireless attendees were left buzzing on Friday night when Canadian rapper Drake took to the stage - even though the megastar was not listed on the line-up.

The Hotline Bling hitmaker, 34, was not advertised as one of the stars set to entertain but in recent days eagle-eyed fans suspected that he was going to perform at the festival taking place at Crystal Palace Park.

Fans became suspicious after spotting him jetting to the UK from Houston with fellow musician Future.

And the Degrassi: The Next Generation actor - real name Aubrey Graham - proved fan theories correct as he turned up to the event and performed with headliner Future on the main stage.

“Hey Wireless, the boy is home” projected on the big screen erected behind the stage as he revealed his presence to the excited crowd.

The pair performed Way 2 Sexy from Drake's new album Certified Lover Boy before father of one Drake rocked the mic solo and treated fans to some of his biggest hits.

As soon as Drake made his surprise appearance social media was flooded with videos of him commanding attention on stage and many shared their upset at not getting tickets to the event in light of the star appearing.

One penned: "the fact that i missed drake at wireless again is making me wanna cry."

A second echoed: "Drake has just come out at Wireless and I’m sat at home I feel sick."

More added: "The one year I choose not to go to Wireless and Drake comes out. It’s what I deserve" and "Not drake coming out at wireless the day I’m not going… let me just cry x."

Drake has dubbed himself "co-parent of the year" on his new album.

Drake shares son Adonis with former adult film star Sophie Brussaux and previously kept his son a secret - in March 2020, Drake posted pictures of Adonis, born in October 2017, for the first time and shocked fans around the world.

But on Drizzy's sixth studio album, his son (although not by name) was mentioned on the first track Champagne Poetry.

"I been hot since the birth of my son," he raps in the intro of the track.

Towards the end of the song - which sampled The Beatle's Michelle - Drake says: "I'm bigger now than before.

"Co-parent of the year, we figured out a rapport."

It's not the only song on the album which mentions his son, as Papi's Home has him singing: "I walked out on my only son... See your mother raised a fine young man. Daddy's home. And I know I missed so much of your life."