Dr Death review – a parade of mental and physical horrors 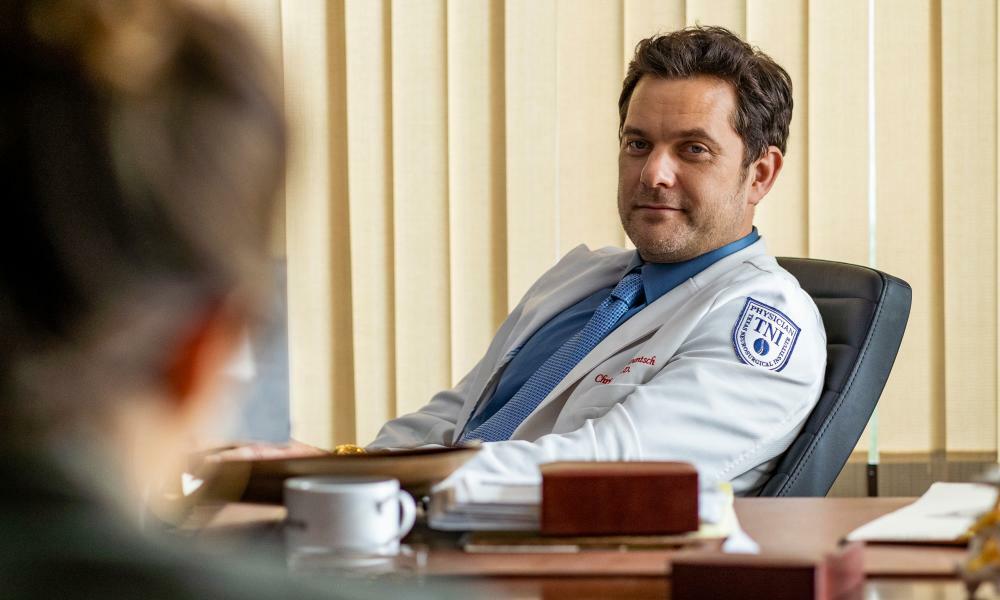 Until I watched Dr Death (Starzplay on Amazon Prime) I had never heard of Christopher Duntsch. I miss those times, but now that the series has come to our shores they are fled for ever. The eight-part drama stars Joshua Jackson as the Dallas spinal surgeon who was more butcher than doctor, and whose appalling lack of skill left a trail of patients permanently disabled, and two of them dead. He was imprisoned for life in 2017.

The miniseries, based on the podcast network Wondery’s true-crime show, follows Duntsch from his college days to his eventual trial, brought about by two colleagues, Dr Henderson and Dr Kirby, who – after being called in to do revision surgeries on his work and finding what Kirby refers to as “Dr Duntsch splatter paintings” – realised they were dealing with something far beyond incompetence. Henderson is played by Alec Baldwin – a neat bit of casting that nods to his famous turn as the dubious surgeon Jed in the 1993 film Malice, though here he is the grave elder statesman to Christian Slater’s younger, cockier Kirby.

Neither, however, can hold a votive candle to the self-belief of Jackson’s Duntsch, from his foundationless conviction in his university years that he is going be a pro-footballer to his switch despite no apparent aptitude to pre-med to his rampant ego as a neurosurgeon. As a doctor he charms pre-op patients, while treating auxiliary staff like crap and threatening anyone who hints that he might be out of his depth.

And therein lies a large part of the problem with Dr Death. Though Jackson gives a wonderful, frightening performance, a man of impregnable self-confidence does not a fascinating character make, especially for eight hours of viewing time. Was he mad, bad or simply dangerously incompetent? The drama barely poses the question, let alone offers possible answers. We see that his father’s exacting Christianity was countered by his mother’s unconditional support of the child she told and maybe believed was brilliant, and that he had a high-achieving brother, but this is not enough to count as an explanation.

The lack of insight (or, if we’re being more generous, the recognition that these things are always fundamentally unknowable) is made explicit at times. Henderson periodically shakes his head and wonders whether you could be so bad at the job without being a sociopath in it for kicks rather than simply useless. However, it is not a path that is pursued. “The question isn’t why he did it,” Henderson tells Kirby as they embark on their quest to end Duntsch’s career. “It’s how he got away with it for so long.” Leaving aside the fact that this is truer in real life than it is in a drama, this then means Dr Death must deliver in full on the “how he got away with it” part. But here too we are left unsatisfied.

Partly this is the fault of the series’ structure, which even in these days of non-linear storytelling is disjointed. Flashbacks mix with two present-day storylines, Duntsch’s own and that of his nemeses, as Henderson carefully gathers evidence and Kirby kicks ass. There is a lot of talk about where and when the incompetent/narcissist/incompetent narcissist practised, who shunted him elsewhere, what privileges he had at which facilities and for which procedures. Perhaps who knew what and when becomes clearer in the later episodes (only the first few were available to view), when the legal proceedings begin, but in the opening half things are foggy.

Thanks to the performances, however (including Hubert Point-Du Jour as nurse Josh, a vital witness to botched operations), things remain compelling at an individual level. Scenes set in the operating theatres as catastrophes unfold are brilliant demonstrations of how power imbalances work and the terrible influence terrible personalities wield. Outside the theatre, the show does a fine job of tracing the trust vulnerable people are forced to place in those who purport to be able to help and cure them, and the mental as well as physical horrors that arise when that trust is violated. The upside of not seeking to explain Duntsch overmuch is that none of the suffering of the survivors or the bereaved is minimised.

One last thing: the TV critic’s equivalent of the Hippocratic oath requires me to warn you that, unlike with most medical dramas, viewers should cover their ears rather than eyes. There is very little gore, but the sound of chisel on bone is distinctive and – I can attest – haunting.