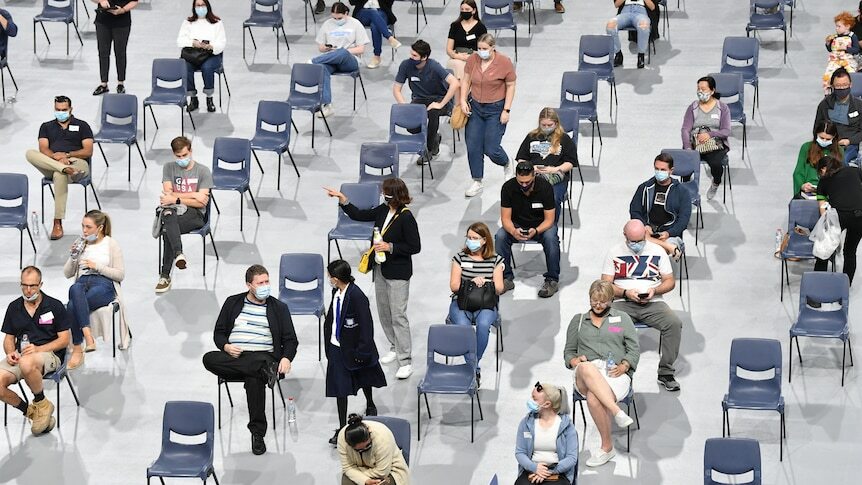 Data has found dozens of appointments at Queensland Health vaccination hubs and clinics are still vacant the day before, despite the push to increase the state's slow inoculation rates.

New figures obtained by the ABC show between 13 and 15 per cent of available booking spots had not been filled in advance on the two days data was provided.

On Monday, a total of 20,928 vaccines were administered by state-run vaccine hubs or clinics.

On Tuesday, when the data was tabled at 12:00pm, 85 per cent of available booking slots for the same day were filled, while 15 per cent were still available.

Meanwhile, as of Tuesday at midday, 13 per cent of today's available booking slots were vacant at clinics across the state, including Brisbane's mass vaccination hubs at Boondall and South Bank.

It comes as authorities announced the vaccine rollout would be expanded this weekend to encourage walk-in appointments as Queensland recorded zero new locally acquired cases of COVID-19 today.

Premier Annastacia Palaszczuk said it would be a "super weekend" for vaccinations across the state and called for "generations of families" to come out in "droves" to get inoculated at hubs and clinics.

In a statement, a Queensland Health said there was a system in place that pre-empts people who don't show up to their allocated appointment.

"If an individual cannot attend their vaccination appointment, they are encouraged to reschedule," the spokesperson said.

"We anticipate some no-shows and cancellations each day and accommodate for this."

About 0.18pc of vaccine wasted

The strategy to achieve minimal wastage of the vaccine, particularly Pfizer, includes drawing up less vaccine at the start of the day to account for people who do not turn up to their appointment.

Queensland Health has experienced a small number of cancellations or no-shows, during the rollout resulting in a 0.18 per cent wastage rate of the vaccine.

GPs in Queensland remain frustrated that demand has outstripped supply of Pfizer vaccines in local practices, according to the Australian Medical Association of Queensland (AMAQ).

"In my clinic, we've gone up from 300 a week, to 500 a week supply so that means that yesterday [Monday] I was able to open up more appointments," Dr Boulton said.

Dr Boulton said it was the same situation for her colleagues in GP clinics across the state.

"They're just limited by supply, there's huge demand for the vaccines, so people are keen to get vaccinated," she said.

"The minute the vaccine lands in our fridge, those doses are in people's arms by the end of the week."

It is predicted New South Wales and the ACT will have 80 per cent of its population fully vaccinated by the end of October.

Those predictions extend out to December for Queensland and Victoria.