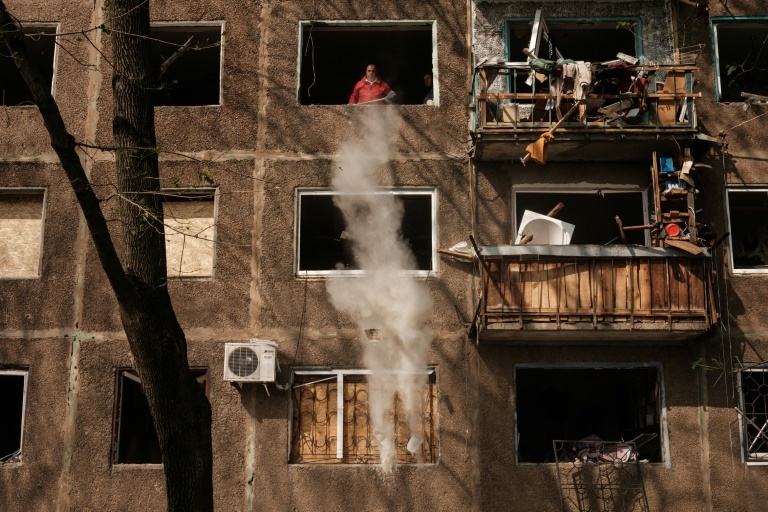 Zaporizhzhia (Ukraine) (AFP) - US President Joe Biden announced another package of military assistance for Ukraine, as dozens of civilians…

Ukraine announced that all women, children and elderly had been evacuated from a steel plant, a key Russian war objective…

US President Joe Biden announced another package of military assistance for Ukraine, as dozens of civilians were evacuated from Mariupol's… 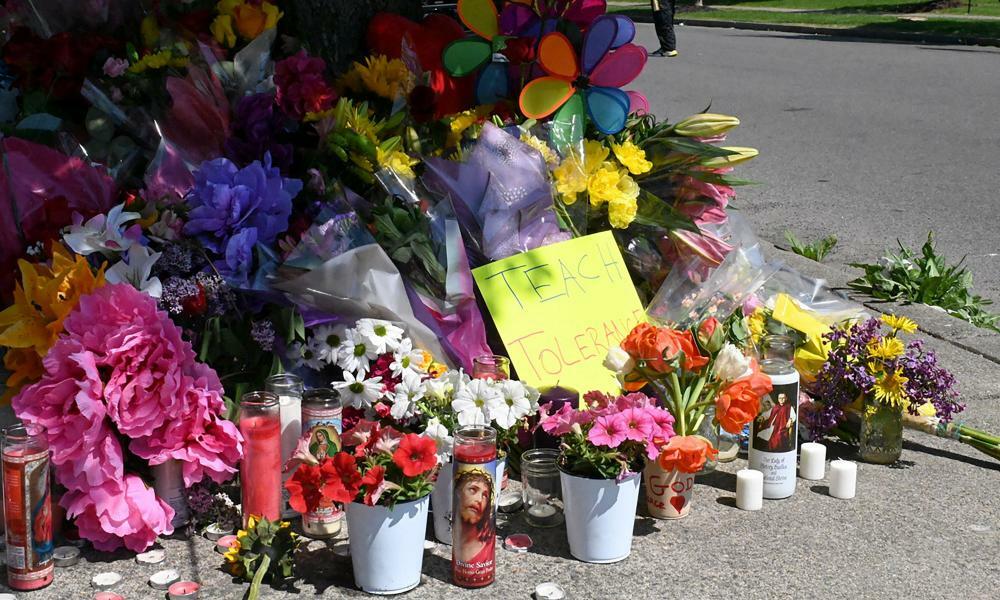 The Emir of Qatar Sheikh Tamim bin Hamad Al Thani said his talks with the President of Slovenia, Borut Pahor,…

Axios
‘I look at my government differently’: losses in Ukraine test Russians’ faith

The Guardian - UK
From analysis to good news, read the world’s best news in one place
North Korea Reports ‘Fever Cases’ in Almost 5% of Population

By Joshua Melvin, with David Stout in Kyiv

About 200 civilians, including children, had been estimated to still be trapped in the Soviet-era tunnels and bunkers beneath the sprawling Azovstal factory, along with a group of Ukrainian soldiers making their last stand.

Russia had earlier announced a daytime ceasefire at the plant for three days, starting Thursday.

But the Ukrainian army says Russian "assault operations" have continued by ground and by air.

Ukraine's Azov battalion, leading the defence at Azovstal, accused Russian forces of firing during an attempt to evacuate people by car.

The strike killed one Ukrainian fighter and wounded six others, it said.

Ten weeks into a war that has killed thousands, destroyed cities and uprooted more than 13 million people, defeating the resistance at Azovstal and taking full control of strategically located Mariupol would be a major win for Moscow.

It would also be a symbolic success as May 9 approaches, the day Russia celebrates the Soviet victory over the Nazis in World War II.

Ukrainian officials believe Moscow is planning a May 9 military parade in Mariupol, possibly with Ukrainian prisoners on display.

Ukrainian President Volodymyr told a London think tank on a video call that Mariupol "will never fall" to the Russians because there is "nothing there to fall apart," adding there is no structure left.

Olga Babich recounted to AFP daily bombardments after she evacuated from her village in southeastern Ukraine and reached the safety of government-held Zaporizhzhia, where Mariupol residents have also been taken.

A tearful Babich reached into her battered car's backseat to retrieve kittens from a basket covered with a tea towel.

Moscow-backed separatists in southeastern Ukraine meanwhile said they had removed Ukrainian and English language traffic signs for Mariupol, replacing them with Russian ones.

The United Nations had said Thursday a convoy was en route to help civilians escape the "bleak hell" of Azovstal, where food and water are running out and medical care is minimal.

The convoy was expected to arrive sometime Friday, in the third joint evacuation operation with the Red Cross in Mariupol.

He said renewed rescue efforts continued and that he would "give the results of this later".

Azov battalion leader Andriy Biletsky wrote on Telegram Friday that the situation at the plant was critical.

"The shelling does not stop.Every minute of waiting is costing the lives of civilians, soldiers, and the wounded."

Speaking to the Israeli prime minister Thursday, Russian President Vladimir Putin said his army was "ready" to provide safe passage to civilians at Azovstal. But he said the last Ukrainian defenders had to surrender.

Since failing to take Kyiv early on in the war, which began with Moscow's invasion on February 24, Russia has refocused its offensive on the south and east of Ukraine.

Taking full control of Mariupol would allow Moscow to create a land bridge between separatist, pro-Russian regions in the east and the Crimean peninsula, which it annexed in 2014.

Elsewhere, a Ukrainian official said Russian forces had almost encircled Severodonetsk, the easternmost city still held by Kyiv, and are trying to storm it.

Kherson in the south remains the only significant city Russia has managed to capture since the war began.

"There should be no doubt about this.There will be no return to the past," Andrey Turchak said.

The United States is among Ukraine's biggest backers, supplying military equipment and munitions worth billions of dollars as well as intelligence and training.

But the White House has sought to limit knowledge of the full extent of its assistance to avoid provoking Russia into a broader conflict beyond Ukraine.

The Pentagon on Friday denied reports that it helped Ukrainian forces sink the Russian warship Moskva in the Black Sea last month in a stunning setback for Moscow's invasion.

Pentagon spokesman John Kirby said the US had "no prior knowledge" of the plan to strike the ship, which sank April 13, leaving a still-unclear number of Russian sailors dead or missing.

Ukraine's government has estimated at least $600 billion will be needed to rebuild the country after the war.

Ukraine's Western allies have supported Kyiv with financial and military assistance, and have slapped unprecedented sanctions on Russia.

In what would its toughest move yet, the European Commission has proposed that all 27 EU members gradually ban Russian oil imports but Hungary rejects the ban.

On the diplomatic front, Berlin announced that leaders of the G7 group of industrialised nations would hold video talks with Ukraine's Zelensky on Sunday.

Known as Europe's breadbasket, Ukraine's wheat production is likely to be down by at least a third from last year due to Russia's invasion, according to data analysis firm Kayrros, using satellite imagery.

Some farmers are risking their lives to keep up with the spring planting season, finding themselves ploughing around unexploded ordnance.

The UN Security Council on Friday unanimously adopted its first declaration on Ukraine since Russia invaded on February 24, though it remained on the sidelines.

It backed Secretary General Antonio Guterres's efforts to find a "peaceful solution" to the war but stopped short of supporting a mediation effort led by him.

Russia then vetoed a resolution condemning the invasion and asking Moscow to move its army back to Russian soil.

Zaporizhzhia (Ukraine) (AFP) - US President Joe Biden announced another package of military assistance for Ukraine, as dozens of civilians…

Ukraine announced that all women, children and elderly had been evacuated from a steel plant, a key Russian war objective…

US President Joe Biden announced another package of military assistance for Ukraine, as dozens of civilians were evacuated from Mariupol's…