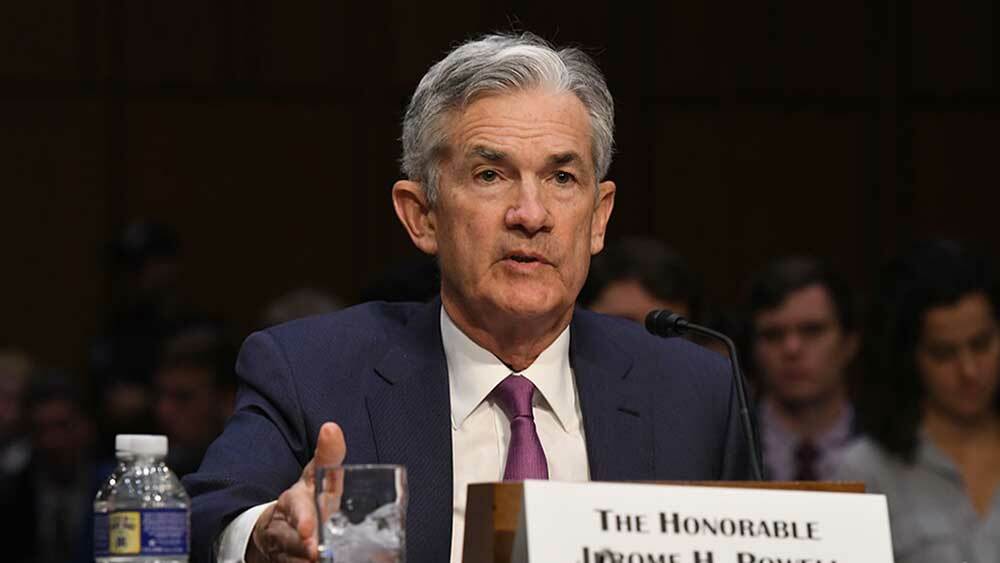 The Nasdaq rallied 1.2%, the S&P 500 climbed 0.6% and the Dow Jones industrials added 0.3% in the stock market today. Small caps tracked by the Russell 2000 advanced 0.8%. Volume was lower on both major exchanges vs. the same time Monday.

Energy, consumer discretionary and technology saw the biggest gains among the 11 S&P sectors. Utilities, real estate and consumer staples were the biggest losers.

All eyes are on Powell, as the Fed begins to tighten monetary policy. The central bank chief said the U.S. economy no longer needs aggressive stimulus, according to The Wall Street Journal. He expects supply-chain bottlenecks to ease this year, which could help bring down inflation.

The U.S. economy has been struggling to recover from the Covid-19 pandemic, which triggered nationwide lockdowns more than a year and a half ago. A resurgence in cases fueled by the more contagious delta variant had been slowing as vaccinations rise.

But the new omicron coronavirus variant is now spreading rapidly in the U.S. Currently available vaccinations and boosters may offer some protection against severe illness from the highly transmissible virus.

Globally, Covid-19 cases have topped 311.5 million, with nearly 6 million deaths, according to Worldometer. In the U.S., cases are approaching 63 million with more than 861,000 deaths.

Rivian Automotive reversed from an early skid to a 5% gain. It's on track to end a six-session losing streak. Late Monday, the automaker said it produced 1,015 vehicles in 2021, missing its target for 1,200 vehicles. Also on Monday, The Wall Street Journal reported the EV maker's chief operating officer left the company. A Rivian spokesperson called it a planned retirement.

Tesla rose 1.1% in turnover faster than usual, on pace to rise a second day in a row after a four-day losing streak last week. Early Tuesday, shares fell nearly 1%. However, the China Passenger Car Association said Tesla sold 70,847 electric vehicles in China in December, a 34% rise month over month.

Last week, the EV leader gave up its key 50-day moving average line and triggered the 7%-8% loss-cutting sell rule from a 1,119.10 trend line buy point. It's now trying to retake the line.

Lucid Motors revved 6% higher Tuesday to regain its 50-day line. LCID stock is still extended past a 28.49 buy point of a cup-with-handle base, but its huge earlier gains have dwindled.

IBD Leaderboard stock Oasis Petroleum rose nearly 5%, on track for a new closing high. It's in potential buy range from a 130.40 entry. The buy zone goes up to 140.07.

Also on Leaderboard, liquefied natural gas producer Cheniere Energy added more than 2%. The stock is in buy range up to 111.93, from a 106.60 trendline entry. It's also working on a flat base with a 113.50 buy point.

Among Leaderboard Watchlist stocks, Roblox jumped 4% to extend Monday's upside reversal. The game developer and metaverse play is about 37% off its 52-week high.

Airbnb also rallied nearly 4% as it works on the handle of a long cup base. The potential buy point is 212.68, a dime above the handle's high.

Salesforce.com led the blue chip index with a 2.2% gain as it rebounds from near six-month lows. Shares, now about 25% off their 52-week high, have been stuck in a downtrend since mid-November.

Other Dow winners included Boeing, which lifted 2%, and Apple and Chevron, up about 1% each.

Apple advanced 1.1% to regain its 21-day exponential moving average. It's trying for a third straight advance. Shares remain about 14% extended from a 153.27 buy point of a cup-with-handle base, according to IBD MarketSmith chart analysis. The stock nearly hit the 20%-25% profit-taking level before retreating.

IBM dropped more than 3% in heavy trade to gap down below its 21-day average. UBS downgraded the tech services giant to sell from neutral. The stock is working on a double bottom with a 146.10 buy point, but its relative strength line is weak.

Among other Dow losers, Merck, Procter & Gamble and Travelers were down about 2% each.