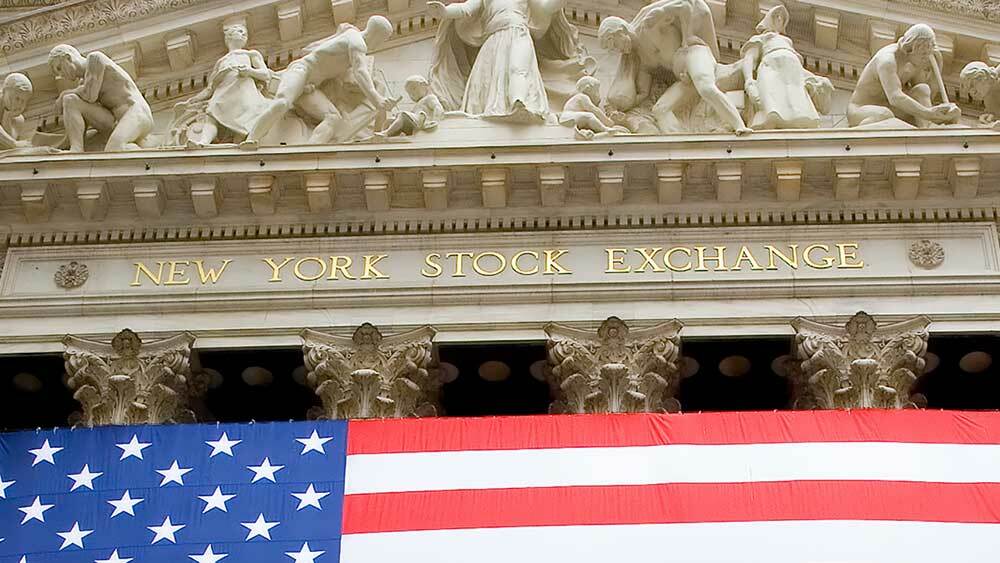 The Dow Jones Industrial Average reversed higher, rising 0.3% even as Nike dropped 1.3%. Goldman Sachs trimmed its opening gain to 0.5%, as investors reacted to news that the banker agreed to a $2.24 billion deal to acquire fintech platform GreenSky. GreenSky shares spiked 52%.

The S&P 500 swung 0.3% higher. Surging oil stocks and a few steelmakers landed the 25 biggest early gains among S&P 500 stocks, as oil prices jumped to their highest levels since early August. Casino owners continued to take a pounding, following Tuesday's regulatory news out of China. Wynn Resorts down 10% and Las Vegas Sands falling 5.5%, after falling around 10% each on Tuesday.

The Nasdaq 100 wrestled with tight losses. At the bottom of the index, China-based stocks remained under pressure as data released Wednesday showed economic growth slowing while the country battles the delta phase of the coronavirus pandemic.

At the top of the Nasdaq 100, eBay bounced 4.5%, taking a big technical bounce off support at its 10-week moving average. That placed the stock in a buy zone that extends to around 78.52.

Covid treatment maker Regeneron rallied 2.1% in early action. The company announced late Tuesday that the U.S. government agreed to buy another 1.4 million doses of the company's Covid-19 treatment for $2.9 billion. The news led three analysts to raise price targets. H.C. Wainwright weighed in at the top of that range with an 831 target.

Citrix Systems bolted 4.3% higher on the S&P 500. A Bloomberg report said the company is considering a potential sale. Citrix has been climbing since Sept. 8, when news reports revealed activist hedge fund Elliott Management had built a stake of more than 10% in the company, valued at more than $1.3 billion.

Biotech Glaukos rallied 3.1%, also trading high on the S&P 500, after winning a $60 million settlement plus royalties in its patent suit against Ivantis.

On the IBD 50 list, Cleveland Cliffs swung 3.3% higher as the stock fights to reverse a three-week decline. Vaccine maker Moderna rose 1.4%. The biotech stock is extended, but in the sixth week of a possible base pattern.

IBD Leaderboard listing Microsoft leads the Dow Jones today. Shares rose 1.2% after the company increased its quarterly dividend by 11% to 62 cents a share, and announced a $60 billion stock buyback program.

The blue chip is extended after a breakout in June. But it is in the fourth week of a consolidation, and effectively has a three-weeks-tight pattern, offering a buy point at 305.94.

On the IPO front, ThoughtWorks Holdings priced its initial public offering and was due to begin trading during Wednesday's session. The new stock priced at 21, above the 18-20 target range, raising $774 million. The TWKS ticker showed the name Turing Holding early Wednesday, but the company was reportedly set to change its name at the start of trading.

The September gain was sharply above August's 18.3 tally, far outpacing projections for an uptick to 18.6.

Get Alerts To Stocks Near Buy Points With IBD SwingTrader

Oil prices surged, with West Texas Intermediate futures rallying 3.6% in early trade, to above $73 a barrel. Advancing for a fourth day, U.S. oil prices are now firmly above recent resistance around the $70 level. WTI is now up more than 18% from a late-August low.

American Petroleum Institute data reportedly showed a drawdown in stored supplies of oil and fuel, after the Bureau of Safety and Environmental Enforcement reported on Tuesday that 39% of oil and natural production remained shut in following Hurricane Ida. OPEC on Monday cranked its oil demand forecast for next year higher by 900,000 barrels a day, putting its 2022 estimate now at 4.2 million barrels per day above 2021 levels.

Official data released in China Wednesday showed retail sales rose 2.5% in August, far below expectations for a 7% increase. Industrial production and construction investment also missed targets for the month in what analysts generally read as the impact of the country's battle to subdue the spreading delta wave of the coronavirus.

Casino and gaming stocks also took a bite out of the market, as regulators in Macau announced plans to tighten oversight and restrictions on gambling operations. Top gaming stocks stripped off $18.4 billion in combined market value on China's markets on Wednesday, according to Bloomberg.

Hong Kong's Hang Seng Index tumbled 1.8% — its fourth decline of more than 1% in the past five sessions. The Shanghai Composite dipped 0.2%, after hitting its highest levels since August 2015 on Friday and Monday. In Japan, Tokyo's Nikkei 225 cut 0.5% lower, after touching a new record high on Tuesday.

Footwear maker Crocs (CROX) is now extended beyond a buy range after rebounding from support at its 10-week moving average. The stock surged nearly 15% Tuesday, after the company announced an accelerated share buyback program and guided sales expectations to above $5 billion by 2026. The stock narrowed the gain to 8.5% by the close. The buy zone extended to around 145.86. Shares rose 3.1% early Wednesday.

Deckers Outdoor, the parent of Uggs and Teva, is trading below a 444.58 buy point in a six-week flat base. Deckers was Monday's IBD 50 Stock To Watch. It joined IBD's Leaderboard list on Tuesday, as it passed an early aggressive entry at 433.

Argentina-based Mercado Libre remains settled atop its 21-day moving average, not quite 3% below an 1,899.43 entry in a 31-week cup-with-handle base. The IBD Leaderboard stock briefly topped that entry at the start of September.

HubSpot (HUBS) has dipped back below a three-weeks-tight entry at 679.29. Shares are trading just even with their 21-day exponential moving average. The cloud-based marketing software developer has climbed more than 16% from a June breakout. Its relative strength line is just off record highs.

After nine declines in the past 11 sessions, the Dow Jones today is poised to open at its lowest level since mid-July. It finished Tuesday 1.3% below its 50-day moving average, and 2.4% above the lows charted out in its July trip below the 50-day line. A short-term rebound is always possible. It is also good to keep in mind that the Dow has not touched back to test 200-day support since almost a year ago, in October. At the close on Tuesday, the benchmark was 4.5% above the 200-day level.

For more detailed analysis of the current stock market and its status, read the Big Picture.

The S&P 500 has now dropped through its short-term 21-day line and is headed for a test of its 50-day moving average. The index dropped below its 50-day line almost exactly a year ago, in a 10.6% deep correction. That pullback recovered briefly, then dropped below 50-day support again in October.

That entire, double-dip shakeout lasted nine weeks before a powerful rebound launched the current 10-month rally. That rally has touched back to test 50-day support seven times. There is no way yet to tell whether the current situation might be the eighth.

The Nasdaq Composite's five-day funk has sent the index below its 21-day exponential moving average. However, it's important to note that the tech benchmark has been much more sloppy in its treatment of short-term levels of support than has the S&P 500.

A drop to the 50-day, like the index's pullback in August, would be no surprise. The Nasdaq closed 1.3% above the 50-day level on Tuesday.

The Nasdaq has also significantly undercut 50-day support five times in the past 12 months. Those deepest of those consolidation periods was a 12.9% pullback, a year ago, in September. The Nasdaq has traded far above its 200-day moving average since its rebound from pandemic bear market lows, in April last year.