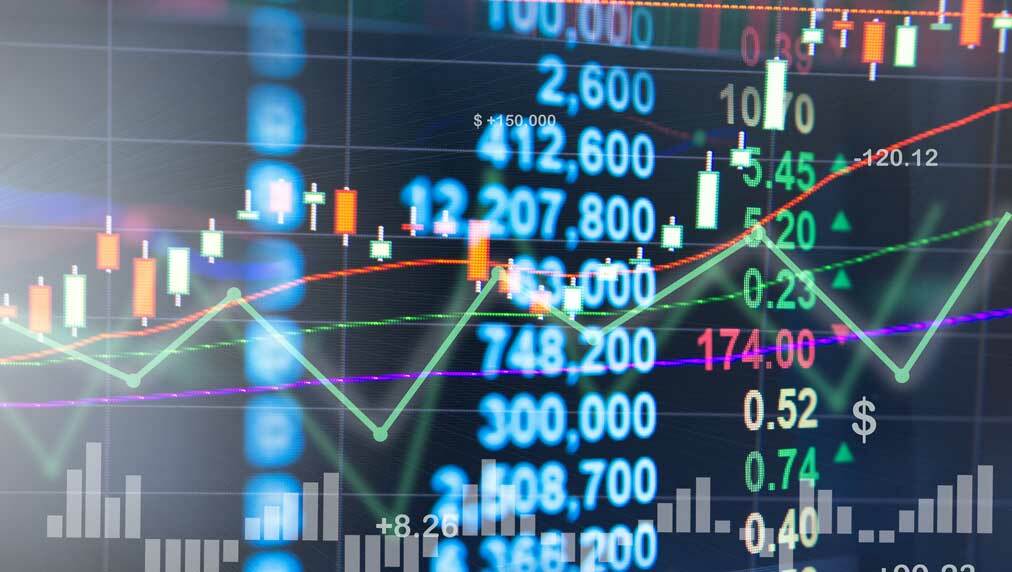 Stocks jumped at the starting bell, then turned mixed Tuesday, after data showed inflation holding in or below projected ranges in August. Banks and financials rallied on the inflation news. China-related stocks came under pressure as the country fights to contain a coronavirus outbreak in its southeastern province of Fujian.

On the Dow Jones today, Apple advanced ahead of what analysts expect will be a new product launch event.

The Dow Jones Industrial Average briefly swung 120 points higher, before easing to a 0.2% decline. The S&P 500 stumbled 0.1%. Both indexes had broken five-day declines on Monday. The Nasdaq Composite defended a 0.1% gain on the stock market today, threatening to extend the index's four-day losing streak.

Moderna and Atlassian rallied to the head of the Nasdaq 100, up about 2% each. Chip stocks also traded high on the index, with ASML Holding, KLA and Intel leading.

China-based names took hard early hits, after rising coronavirus infections in the country sent markets in Hong Kong and Shanghai to sharp declines. Las Vegas Sands  and Wynn Resorts each tumbled more than 9% — the biggest early losses on the S&P 500 — as investors responded to the Covid-related lockdown in China.

Oracle dived 3.9% following its fiscal first-quarter report late Monday. Three analysts raised their price targets on the stock, though Goldman Sachs raised its target only to 66 — 25% below Monday's close — and maintained a sell rating.

Goldman Sachs powered to the head of the Dow Jones today, rising 1.3% as tame inflation data made less likely a Fed rate hike. American Express ran a strong second, with a 1.6% gain.

Apple firmed its early gain to 0.45%, after snapping a three-day decline on Monday and as investors awaited for iPhone 13 introduction. Apple is scheduled to launch its "California Streaming" confab at 10 a.m. Pacific time, with analysts expecting the introduction of the newest iPhone and Apple Watch Series 7 wearables.

The three-day pullback left Apple shares below their 21-day moving average, but still holding well above support at their 50-day line. The IBD Leaderboard stock remains in a buy range, above a 148 trendline buy point, through 155.40.

The Labor Department reported its Consumer Price Index rose 0.3% in August — down from July's 0.5% increase and just below the 0.4% advance expected by economists. Year over year, the index was up 5.3%, in line with expectations.

Stripping out food and energy costs, prices rose only 0.1% for the month. That was down from a 0.3% gain for July, and below projections for another 0.3% increase.

The soft reading potentially provides the Federal Reserve more room to maneuver, as recent increases in inflation pressure had driven calls for more hawkish monetary policy. The report came as a surprise to some analysts, who had expected rising inflation pressure following last week's steep surprise from the producer price index — which often acts as a precursor to the CPI report.

West Texas Intermediate futures rose 0.8% in early trade, trading just below $71 a  barrel. U.S. oil prices have been testing resistance around the $70 level since Sept. 2, making on Monday their biggest move above that level since early August. U.S. crude is now up 15% from a late-August low.

OPEC on Monday cranked its oil demand forecast for next year higher by 900,000 barrels a day, putting its 2022 estimate now at 4.2 million barrels per day above 2021 levels. At the same time, U.S. oil production already slowed by Gulf Coast shut-ins and flooding from Hurricane Ida is now bracing for another storm, as Tropical Storm Nicholas strengthens toward hurricane status.

The 10-year Treasury yield continues to press against resistance at its 200-day moving average. The yield gained 2 basis points to 1.34% early Tuesday, holding steady ahead of the Labor Department's CPI report. A week ago, the 10-year yield jumped past resistance at the 200-day line and cleared an Aug. 12 high. It traded as low as 1.12% in August, and hit a high for the year above 1.76% on May 30.

Footwear maker Crocs remains in a buy range after finding support at its 10-week moving average. The buy zone extends to around 145.86.

Deckers Outdoor, the parent of Uggs and Teva, is trading below a 444.58 buy point in a six-week flat base. Deckers was Monday's IBD 50 Stock To Watch.

Argentina-based Mercado Libre is settled atop its 21-day moving average, not quite 3% below an 1,899.43 entry in a 31-week cup-with-handle base. The IBD Leaderboard stock briefly topping that entry at the start of September.

HubSpot has dipped back below a three-weeks-tight entry at 679.29. Shares reversed on Monday to end just even with their 21-day exponential moving average. The cloud-based marketing software developer has climbed more than 16% from a June breakout. Its relative strength line is just off record highs.

After snapping its five-day losing streak on Monday, the Dow Jones today faces the underside of its 50-day moving average.  In July, May, March and January the index punched easily back up through the line. In June, its recovery of the line required a bit more time and effort.

The S&P 500 is engaged in a similar test, but at its shorter-term, 21-day moving average. It also ended a five-day decline on Monday. Meanwhile, the Nasdaq added a fourth down day to its pullback, finishing Monday neatly seated at its 21-day line.

Growth stocks took some heavy losses Monday, with the Innovator IBD 50 ETF dropping 2.7%. That left the ETF 5% off its Sept. 7 high, back below a 50.06 buy point and testing support at its 21-day line. The iShares Russell 1000 Growth ETF logged a fifth slip, ending 2% off its record high and also testing the 21-day line.

Riding Out The Test

So, there is a lot of testing going on across various segments of the market. The stock market's status remains in "confirmed uptrend," and a reaffirmation of support may only require a day or two. Or it could last much longer and become more complex. That makes it a good time to take up at least a moderately defensive stance. Keep a close eye on how stocks in your portfolio are behaving. Trim back where prudent.

Big dives Monday by IBD 50 highfliers Dynavax and TaskUs underscore the CAN SLIM logic of locking in at least some profit in highly extended stocks. In addition, investors should be sure to limit news buys to thoroughly vetted leaders passing valid buy points, and to move into those positions cautiously. Even better, build a watchlist of stocks in bases, to prepare for when the market retakes or rebounds from support.

China's markets skidded lower as regulators imposed a strict lockdown on Xiamen, a city of 4.5 million people in southeastern province of Fujian. Bloomberg reported that 103 cases had so far been cited in the latest outbreak, which had yet to escape the province. In Xiamen, a travel ban was in place, with residential compounds and villages closed off, "while leisure venues in the tourist city - including cinemas, bars, gym, and libraries - halted operations." All kindergartens, primary and middle schools in the city are closed,

Hong Kong's Hang Seng Index dropped 1.2%, while the Shanghai Composite tumbled 1.4% — ending a three-day advance that lifted the index to its highest levels since August 2015. In Japan, the Tokyo's Nikkei 225 gained 0.7%, adding a third day to its rally.