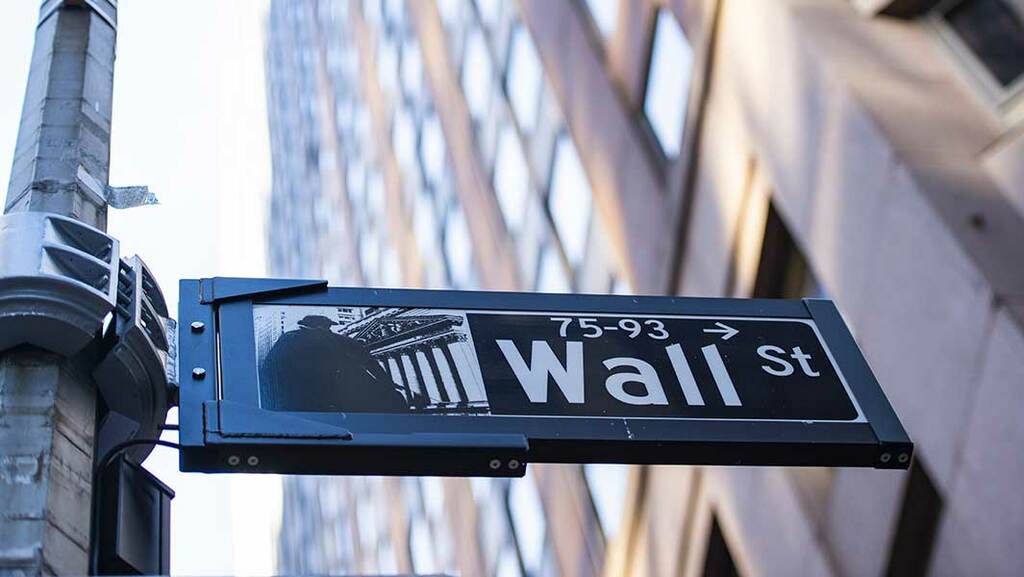 The Dow Jones Industrial Average rallied late but still closed lower as the stock market continued to struggle. Federal Reserve Chairman Jerome Powell was given the nod by the Senate to serve a second term. Bitcoin plunged amid a crypto bloodbath, with Grayscale Bitcoin Trust and Coinbase among stocks caught in the crossfire.

Ford and General Motors reversed on a downgrade. A couple of stocks are worth adding to your watchlist as they carve bases. Diamondback Energy and SM Energy, both IBD 50 names, are carving out bullish patterns.

Volume was up on both the Nasdaq and the New York Stock Exchange compared to Wednesday, according to early data.

Powell cleared an important test Thursday after the Senate gave him a second term. In a 80-19 vote, he was given a second four-year run at the helm of the world's most important central bank.

He has had to contend with two major crises on his watch: the Covid pandemic and inflation spiking to 40-year highs.

Powell has been criticized by some economists for trying to be too precise in his language at the most recent FOMC meeting. He said a 75 basis point hike is "not something that the committee is actively considering" despite spiraling inflation.

Meanwhile, the yield on the benchmark 10-year Treasury note slipped four basis points to 2.86%. It had traded as low as 2.84% earlier in the day.

Yields have an inverse relationship with prices. The retreat from recent highs suggests investors are fleeing to safer assets like bonds amid the stock market turmoil.

The Nasdaq fared best out of the major indexes, closing fractionally positive with a 0.1% gain. Lucid Motors fared best as it charged 13.2%.

The S&P sectors closed mixed. Technology and utilities fared worst while health care and consumer discretionary made the best gains.

The Dow Jones Industrial Average fought back from lows but still gave up more than 100 points. It fell 0.3%.

Disney also struggled as it fell 0.9%. It slipped after missing analyst views for both earnings and revenue growth in the latest quarter. Home Depot and 3M were the best performers, with both rising more than 2%.

Bitcoin was smacked lower once again Thursday amid turmoil in the crypto markets.

It was hit after Tether, a purported stablecoin pegged to the U.S. dollar, fell almost 5 cents below the asset it is meant to track. It later recovered.

This comes hot on the heels of smaller rival TerraUSD failing. It emerged today that Terra is to halt new transactions on its blockchain, the underlying technology that powers the cryptocurrency.

Bitcoin, which is the world's most valuable cryptocurrency, fell more than 3% to less than $29,000, according to CoinDesk. It had been down even more earlier in the session.

Crypto-related stocks were having mixed fortunes. Grayscale Bitcoin Trust fell 3.7% while crypto exchange Coinbase rallied out of the red to close up 8.9%. Bitcoin miner Riot Blockchain also managed to clamber out of negative territory to rise 6.9%.

Both GM and Ford closed lower after they were slapped with a double downgrades.

Wells Fargo analyst Colin Langan slashed both automakers from overweight to underweight. He also cut his price target for Ford from 24 to 12 and for GM from 74 to 33.

The analyst believes this year could be a profit peak for the iconic automakers. He believes the pivot to electric vehicles could end up affecting the bottom line in the years ahead. Langran said EV costs have "massively risen," and that supplies of raw materials are tight.

Ford stock closed down 3%, losing ground on the key 50-day moving average. Ford was one of the best performing stocks of 2021.

IBD 50 stock Diamondback Energy is forming a new consolidation pattern, according to MarketSmith analysis. At 127.04 it sits quite a ways beneath the ideal buy point of 148.09.

The relative strength line is at highs on a weekly chart, a plus. Investors will be looking to see it retake the 50-day moving average. This is a second-stage base, which counts as early stage, which makes it more likely to succeed. Analysts see EPS growth of 118% in 2022.

SM Energy is also forming an undefined consolidation. The ideal buy point here 43.79. The stock has held above the 200-day moving average but needs to retake its 50-day line.

All-around performance is strong, which is reflected in a best-possible IBD Composite Rating of 99. The stock is an institutional favorite, with 61% of shares currently being held by funds.