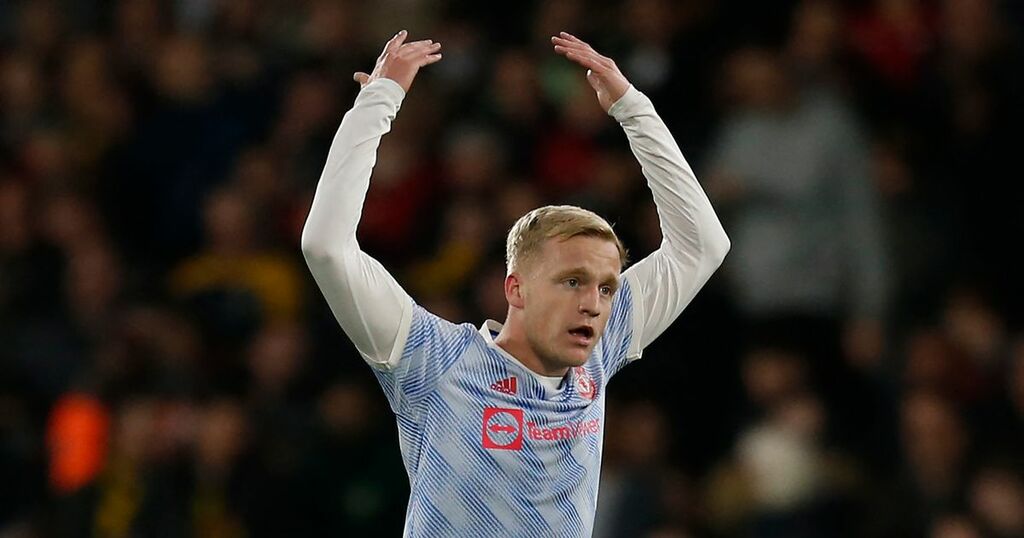 Confirmation arrived on Sunday morning that Solskjaer had been relieved of his duties after a string of poor results.

Saturday's 4-1 defeat at Watford was the final straw for United 's owners, who had seen enough and decided to act.

Solskjaer had also overseen 5-0 and 2-0 defeats to Liverpool and Manchester City respectively at Old Trafford with United in seventh place after 12 matches with 17 points, six from fourth-placed West Ham United and 12 from leaders Chelsea.

One player who could benefit from Solskjaer's departure is van de Beek, who scored only his second goal for United since a £35million move from Ajax at Watford last year.

He has only played 60 minutes of Premier League football this season with 45 of them coming against Watford.

"I am very pleased that I saw Van de Beek on the scoresheet," de Jong told Sky Sports.

"As a fellow countryman I always love to see players from the national team play in different teams so yesterday it was good to see him on the pitch.

"So in that sense I am happy for him, with a new manager I hope he gets more playing time because that boy deserves it.

"If you look at his professionalism and how he is in the group, he never complains so he deserves a call-up and I think the United fans know that as well."

"Sometimes it is hard to place a finger on why it actually happens but one thing is for sure: players' accountability is key in this one as well," de Jong added.

"A coach can only do so much, but players inside the team have to stand up and look at each other and what they did wrong.

"It is not only about the manager, yes he has to have character but the players have to stand up together."

Agree with de Jong? Have your say in the comments section...