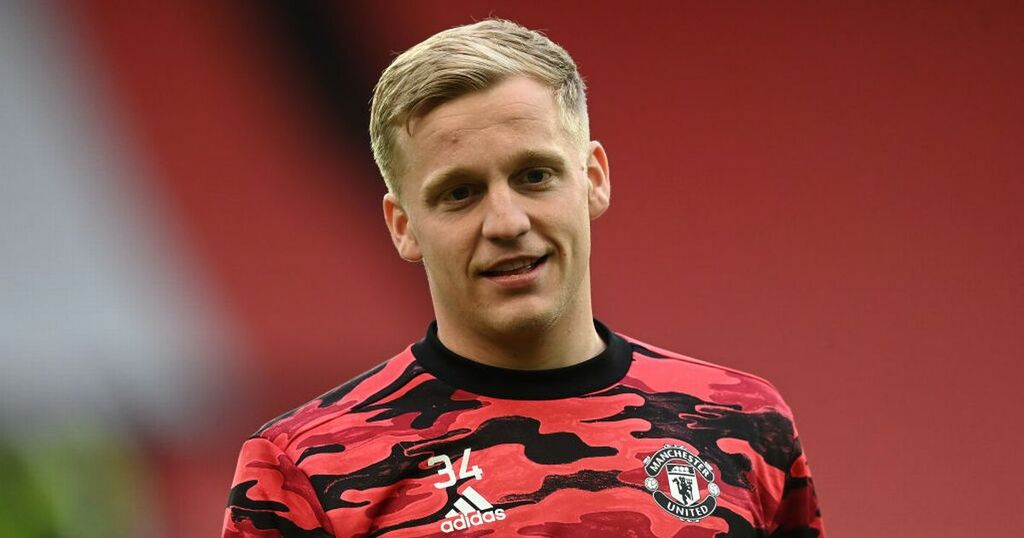 Donny van de Beek could have another escape route out of Manchester United, as reports have claimed Juventus are also courting the midfielder.

His United career has not gone according to plan, as he currently finds himself behind the likes of Bruno Fernandes, Jesse Lingard, Paul Pogba and many others in the pecking order at Old Trafford.

When he is afforded a rare cameo appearance from the sidelines or a place in the starting eleven, he has often been deployed as one of two holding midfielders; a position he seldom played for Ajax or the Netherlands national team.

His six-minute appearance in United 4-1 home victory against Newcastle United remains as his only Premier League outing this season.

He has often cut a frustrated figure on the Old Trafford bench, but he looked visibly upset when he was snubbed for a substitute appearance by boss Ole Gunnar Solskjaer in the 2-1 home victory to Villarreal.

And now CalcioMercato have reported Juventus could be willing to end his nightmare at United if they are able to shift on some of their own dead weight.

The Italian giants are understood to be very keen on the 24-year-old’s services, but it all depends if they can sell players such as Weston McKennie, Aaron Ramsey, and many more.

They are also enduring struggles both on and off the pitch at the moment.

A shambolic start to the season saw them draw once and lose two of their opening three Serie A matches of the new season.

However, Massimiliano Allegri’s side have managed to string some results together, with one draw and three wins in their last four matches.

Will Donny van de Beek be on his way out of Manchester United, or can he turn his fortunes around? Comment below

Their Champions League campaign has begun in exemplary fashion, with a 3-0 away victory and a 1-0 home win against Malmo and Chelsea respectively.

However, they could face stiff competition for van de Beek’s signature from another powerhouse in black and white.

Newcastle United’s £305m takeover from the Saudi Arabia led consortium has seen them linked ominously, and at times amusingly, with some of the biggest names in world football.

Odds on the Magpies bidding for the Dutchman have been slashed significantly.

The bookmakers have put the odds of Newcastle signing van de Beek at 50/1, and with the new ownership being worth over £320billion, it's a deal the Magpies would be able to afford.

While Steve Bruce’s side have been linked with some of the biggest names in football, it could perhaps be argued a move for the former Ajax star is a more realistic prospect.

Amanda Stavely, the new director of the club who played an influential role in the purchase of the club from former owner Mike Ashley, has already said a gradual and efficient spending is more likely than one enormous, singular spend.

With van de Beek desperate for an exit, and United perhaps looking to raise some more funds after their own large spend in the summer, it could be a win-win for all parties.

Van de Beek signed for the club from Ajax in a deal worth £40m in 2019, after coming within a whisker or reaching the Champions League final with the Dutch giants.