By Geoffrey Goodman and Matthew Engel 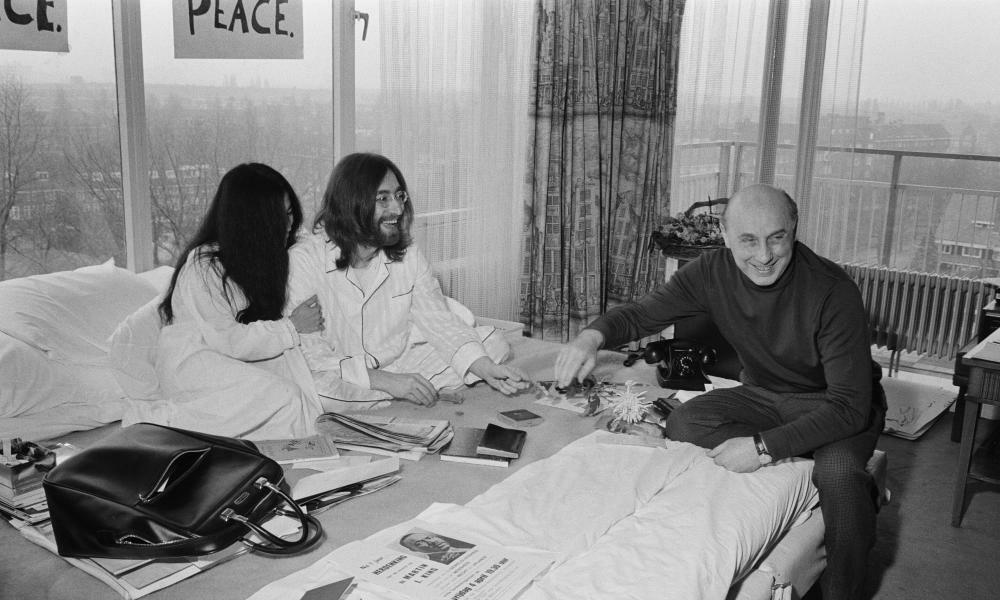 In Fleet Street, the golden age was always a generation ago. Donald Zec, who has died aged 102, belonged to a newspaper world so distant that there may now be no one left to judge whether it was golden or not. He joined the Daily Mirror 83 years ago and by the 1950s, when Rupert Murdoch was a wayward undergraduate, he was a star turn on what was then the biggest-selling daily in the western world.

The paper’s first great editorial director, Guy Bartholomew, declared that the Mirror was about “humanity, heart, real life”. His successor, Hugh Cudlipp, added a new dimension: he wanted the paper to explain life’s complexities in simple language but with authority – and irreverence. No one executed that brief with more panache than Zec.

He made his name, above all, as the entertainment columnist, which involved flying first-class regularly to California and interviewing the stars. No other British journalist had such a job when he started: the publicists courted him as, willingly or otherwise, did the stars themselves. “Americans like numbers,” he explained. “Five million sales meant 14 million readers. So in one week I interviewed Gary Cooper, Henry Fonda, Humphrey Bogart and Kirk Douglas. Not for my pretty face.”

In time, he built relationships with them in a way that would now be unimaginable. Bogart was jokingly spiky (“Hey, limey!”) and practically frogmarched him aboard his yacht for a weekend trip; the Beatles treated him with a teasing regard and he responded like an indulgent uncle. In print, he was capable of withering putdowns. More often he was both observant and empathetic, as in his analysis of the most complicated and beguiling of all screen goddesses. Marilyn Monroe, he said, endured “the simple, secret fear of women whose beauty is the closely observed, pored-over property of millions: the fear of losing her figure and her looks”.

In the best journalistic tradition, Zec built his career from the bottom up. Grandson of a rabbi, he was one of 11 children born to Leah (nee Oistrakh) and Simon, who arrived from Russia before 1914, settled near Euston and changed their name from Zecanovskya. Donald was born in London, left Upton House secondary school at 14, bought a fake Stradivarius from a Soho pawnshop and set out to be a violinist (his mother fancied that the child prodigy David Oistrakh was a relation).

That ambition faded and Donald found himself selling advertising for the Floor Coverings Review, working as a messenger on the Evening Standard and then joining the Mirror, where his older brother, Philip, was already ensconced as a cartoonist. One of his wartime cartoons so angered Churchill that the Mirror was threatened with closure. Meanwhile, Donald – short and naturally pacific – spent his war in the London Irish Rifles, and became a sergeant-major.

Before joining up, he had already been noticed as a man with an eye for a quirky story. On his return, he was put in charge of royal coverage and acquired a mole who worked as a boilerman at Buckingham Palace. This enabled Zec to splash with the pleasing if insignificant revelation on the then Princess Elizabeth’s wedding day (in late November 1947) that her horse-drawn coach would be warmed by aluminium hot water bottles. His source produced many similar titbits at £5 a time until he was spotted hailing taxis outside the palace, a habit some way above his official pay grade.

Zec interviewed the acid bath murderer John Haigh over tea at the Onslow Court hotel while he was still a suspect, as police cars sat outside to arrest him. (“Shall I be mum?” asked Haigh.) One was rewarded with the showbiz job; the other was hanged.

But Zec remained the go-to man for many of the stunts that characterised the best Mirror journalism of the time. In 1955 the chancellor of the exchequer, RA Butler, issued a traditional Treasury warning about extravagance in an untraditional way: “We must not drop back into easy evenings with port wine and over-ripe pheasant.” Cudlipp told Zec to round up a dozen ordinary Londoners and take them to the Savoy for a port-and-over-ripe-pheasant dinner. The cost was outrageous, the piece was uproarious, and it remained Zec’s favourite anecdote. “Blimey, it don’t ‘arf pong,” was the general sentiment. “How droll,” said Butler to Cudlipp, tersely.

In 1970, Zec was appointed OBE. He began his long retirement with a series of biographies, covering such diverse figures as Lee Marvin and the Queen Mother. Best of all was his charming memoir, aptly titled Put the Knife in Gently (2003).

He was married to his childhood sweetheart Frances Krivine in 1940, and her death in 2006 left him bereft. He found solace in art. In 2012, he entered the Oldie art competition, open to all over-60s. Aged 93, he won it, and began his acceptance speech: “Many years ago, when I was merely senile …” A drawing of his grandfather, the rabbi, was accepted by the Royal Academy.

Approaching 99, he wrote a beautifully wrought piece comparing his situation to a batsman in the nervous 90s, which appeared in the cricket quarterly the Nightwatchman. A year later Barbara Broccoli, the James Bond producer, organised his 100th birthday party in London. He was wheeled in, looking very fragile, having announced in advance he would not make a speech. He sort of kept his word, in that he made not one speech, but two, both spell-binding.

In fact he was sending witty emails from his flat near Olympia until close to the end. His continued presence among us was a reminder that the best popular journalism is created by wise, gifted and kindly human beings and requires more skill than any other branch of the trade.

He is survived by a son, Paul, and a granddaughter, Joanna.