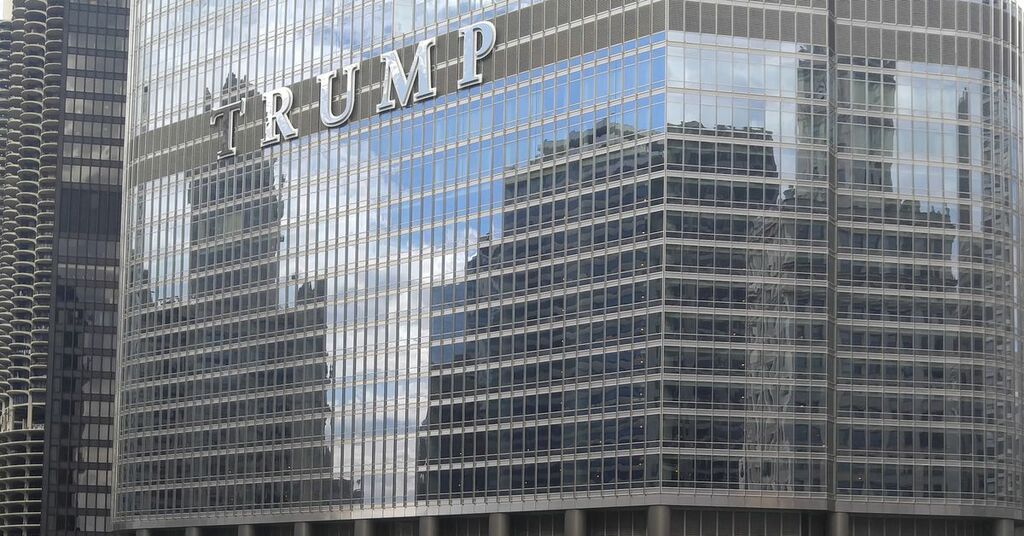 Trump paid slightly more than $1 million in property taxes last year on the three levels of retail space in the downtown skyscraper. Most of it has remained vacant and left unfinished since the building was completed about a decade ago.

His tax bill this year is $698,399 after Kaegi’s office lowered its estimation of the building’s value.

It reconsidered that figure after Trump lawyer Patrick McNerney challenged the $19.9 million value that Kaegi’s staff originally put on the unfinished space for retail stores in the building.

The assessor cut the value even more than the figures McNerney presented. Kaegi agreed to lower the value to $12.5 million. That’s about $1 million less than an appraisal McNerney submitted.

McNerney then appealed to the Cook County Board of Review, asking for a bigger break on the taxes for Trump Tower. But the board said no, noting that Kaegi had lowered the assessment even below Trump’s appraisal.

Trump’s savings this year follow another big tax win earlier this year. The Illinois Property Tax Appeal Board decided in June that the former president should get a $1 million refund on his 2011 property tax bill for those vacant storefronts and other commercial space at Trump Tower, including restaurants and hotel rooms.

The Cook County Board of Review is fighting the state board’s decision, which could cost the Chicago Public Schools — which gets the biggest cut of each Chicago taxpayer’s property taxes — $500,000. It has appealed to the Illinois Appellate Court.

Kaegi’s spokesman Scott Smith defends the tax break given to Trump on this year’s taxes and notes that the savings are only for this year’s tax bill. All property in Chicago will be reassessed this year.

“We provided a reduction based on vacancy,” Smith says.

Since 95% of the space is vacant, Kaegi cut the assessed value by 37.5% on top of another 10% vacancy credit that was included in his initial assessment.

“Our current vacancy policy states that a property can only receive half of its claimed vacancy,” Smith says. “This is a change from the previous administration, which would reduce the assessed value based on the claimed vacancy, which is not an assessment standard used elsewhere. . . We’re definitely treating this property differently than in the past.”

Smith says that, even with this year’s tax cut, Trump is paying more for the vacant retail space than he did under Kaegi’s predecessor, former Cook County Assessor Joseph Berrios.

Trump is paying about $200,000 more in taxes on the vacant retail space this year than he did in the final year under Berrios.

Smith points out that McNerney also sought deeper cuts, seeking an assessment cut of 95% because of the vacancy, which would have left Trump with a tax bill this year for Trump Tower of less than $100,000.

McNerney and Ald. Edward M. Burke, who previously handled Trump Tower’s property tax appeals, have long argued that the former president should receive steep tax breaks on the retail space, which has never been occupied except for a small boat dock that’s leased to Wendella Tours & Cruises.

Trump has used three different leasing agents, trying to find tenants for the property over the past decade, McNerney told the assessor’s office, pointing out that retail leases have been devastated by COVID-19 and arguing that should be a factor in reducing Trump’s taxes.

Kaegi has used his authority to reduce assessments on many of the 1.7 million pieces of property in Cook County because of COVID though it isn’t clear which properties have gotten those reductions.

In response to a public records request, the assessor’s office provided the Chicago Sun-Times with a letter, signed by Kaegi, telling Trump he’d been given an unspecified reduction in the assessment on the retail space — translating to lower property taxes — because of the coronavirus pandemic.

The letter doesn’t specify the amount of that reduction, though. Nor do any of the other documents released by Kaegi’s staff.

Smith says that, despite what the letter from his own agency says, Trump didn’t receive any tax break because of COVID.

“I don’t know where this letter came from, but, unless you can tell me otherwise, I don’t see how it could have come from our office,” Smith said when first asked about that. “This property did not get a COVID adjustment.

“We don’t have a record of it getting a COVID reduction notice. I’ve been told it’s not possible for this to happen.”

Now, Smith says, “In some cases, property owners who filed an appeal last year got sent this letter in error when they should have received an appeal results letter.”