Donald Trump blasted Boris Johnson with "apoplectic" rage during a heated phone call over Britain’s decision to allow Huawei into its 5G network, it has been reported.

It comes after the Prime Minister defied repeated lobbying and warnings from the US to rule that the Chinese firm could play a limited role in the UK’s infrastructure.

The US President had been livid with Mr Johnson in a phone call after the decision was announced last week, according to the Financial Times, which cited officials in London and Washington.

One person briefed on the contents of the call described the US president as being "apoplectic" with the PM, the newspaper reported.

Downing Street did not deny the report and pointed towards a No 10 version of events after the call, saying Mr Johnson had updated Mr Trump on the decision.

"The Prime Minister underlined the importance of like-minded countries working together to diversify the market and break the dominance of a small number of companies," the statement added.

The move has been a particularly thorny one for Mr Johnson, with his Brexit plans relying heavily on striking an ambitious free trade deal with the US.

Huawei is only one of a series of issues where the two nations are at odds.

Washington has threatened to retaliate with tariffs on the British car industry, if the Government goes ahead with a planned tax on tech companies such as Google and Facebook.

The UK is also pressing for the extradition of the wife of an American intelligence official charged with causing the death of 19-year-old motorcyclist Harry Dunn.

Nevertheless, US Secretary of State Mike Pompeo said that the "special relationship" between the UK and the US is in a "fantastic place" as he visited London. 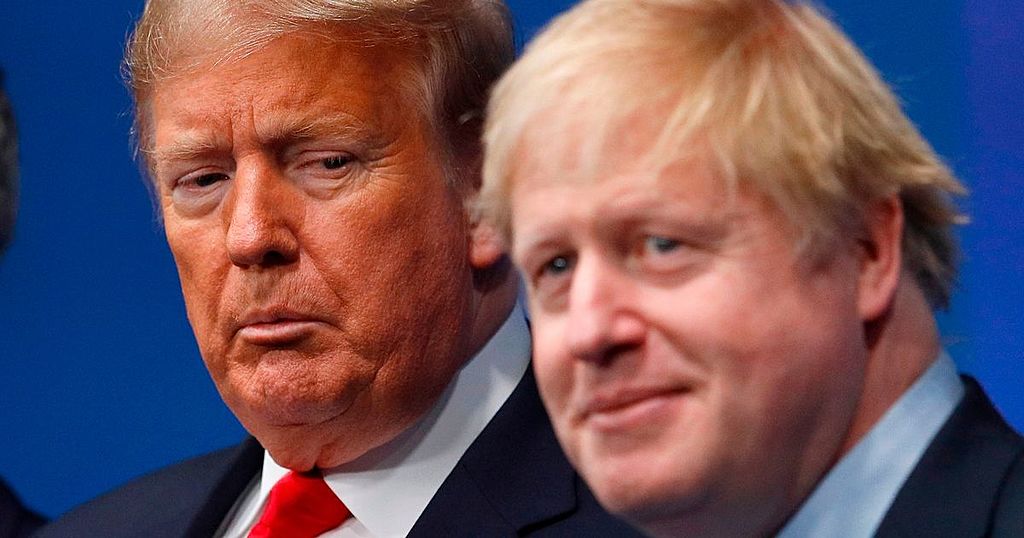 Daily Mirror
One subscription that gives you access to news from hundreds of sites
Trump 'apoplectic' with UK's Johnson over Huawei decision: FT