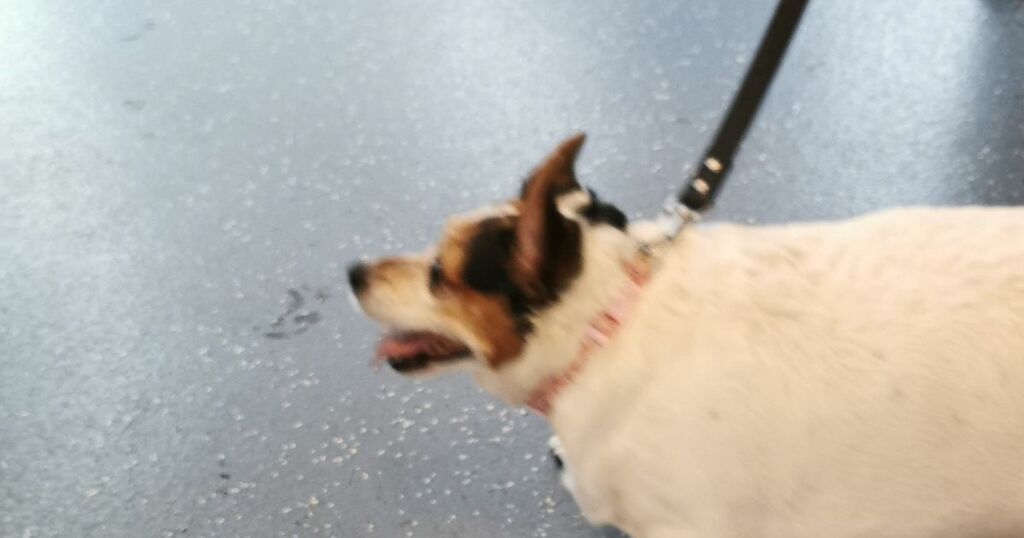 A Jack Russell dog who looked like a 'balloon on legs' has been rehomed by the RSCPA after being overfed and under exercised by her previous owner.

Eight-year-old Lily weighed a whopping 13.7kg (2st), which was almost twice the weight she should have been, when she was taken away by the animal rescue team.

She struggled to breathe, move and even had sores on her belly from it rubbing against the floor as she walked.

The portly pooch was taken away by the charity after her owner struggled to work with animal welfare inspectors to help her slim down and agreed to sign her over.

After being put on a special dog diet, she has slimmed down to a healthier 7.7kg and is loving life with her new owner.

RSCPA inspector Demi Hodby said: “When I went to see her I couldn't believe her size - she reminded me of a pufferfish. She was blown up like a balloon.

“She couldn’t even walk to my van so I had to carry her.

“Lily had no quality of life and was in real danger of dying prematurely from heart failure so she really did need help.”

Once at the RSPCA's Lancashire East branch, staff got to work on providing Lily with a special diet dog food and was given a number of small feeds.

As she lost weight she was also able to exercise more which helped her slim down.

And in May this year she was rehomed with an 80-year-old woman.

Jeanette Aimscough, animal centre manager at the branch, said: “Poor Lily looked like a balloon on legs when she first came to us and she struggled to move.

“She even had sores on her belly from it rubbing against the floor as she walked - she was struggling to breathe and panting.

“But as she lost weight she began to enjoy playing - she was certainly a couch potato and we were delighted when she went to her new home and we know she is now enjoying a new lease of life and is much more active.”

Lily is still being fed her special diet and has now learned how to run so is enjoying some exercise which she was previously unable to do.

Her new owner, an 80-year-old woman identified only as Ruth, said: “My other pet dog died so I was looking for an older companion and I came across Lily and was more than happy to adopt her.

“She is a lovely girl - she likes to cuddle and sleep on the sofa - but has also found out how to run now so loves to have a little trot around.

“She is still on a special diet and seems to be really happy and settled. She is a fantastic dog and I am so pleased to care for her.”

Figures have suggested that almost half of all cats and dogs are overweight.

"Recent studies have suggested that around half of all pet dogs are overweight and this can cause serious health and welfare issues for them such as heart disease and diabetes.

“Obesity can affect all types of pets and the main cause is from eating too much or not exercising enough.

"As a rough guide for dogs and cats - you should be able to see and feel the outline of their ribs without excess fat covering them.

"Other tips are that you should be able to see and feel their waist and it should be clearly visible when viewed from above.

"Anyone who is concerned about their pet’s weight should speak to their vet for advice."